What is Binary Code?

For humans, we are able to communicate with one another through our wide range of 7,000+ languages in the world, but the way in which computers communicate to one another is through Binary Code. Any time you go to watch a movie, listen to music, or look up directions, you are giving your device input, and it turns into Binary Code. Binary Code is made up of 2 digits 0's, and 1's, unlike our traditional decimal system that is made up of 10 digits. The 0's and 1's are how computers read, process, and store data. These 0's and 1's can represent any symbol, letter, number, or segment of data. Binary Code can also be broken down further into what is called and Byte, and a Bit. 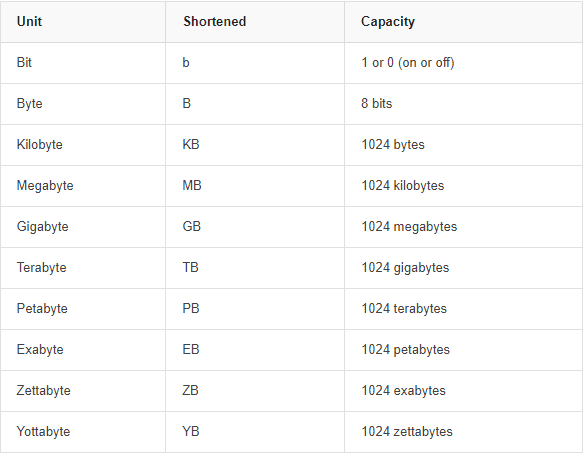 A byte is a unit of storage capable of holding a single character for example those letters, numbers, and symbols, we talked about earlier. One byte is equal to 8 bits (a single 1 or 0)

Now what if we wanted to used multiple bytes to compose a word or sentence? 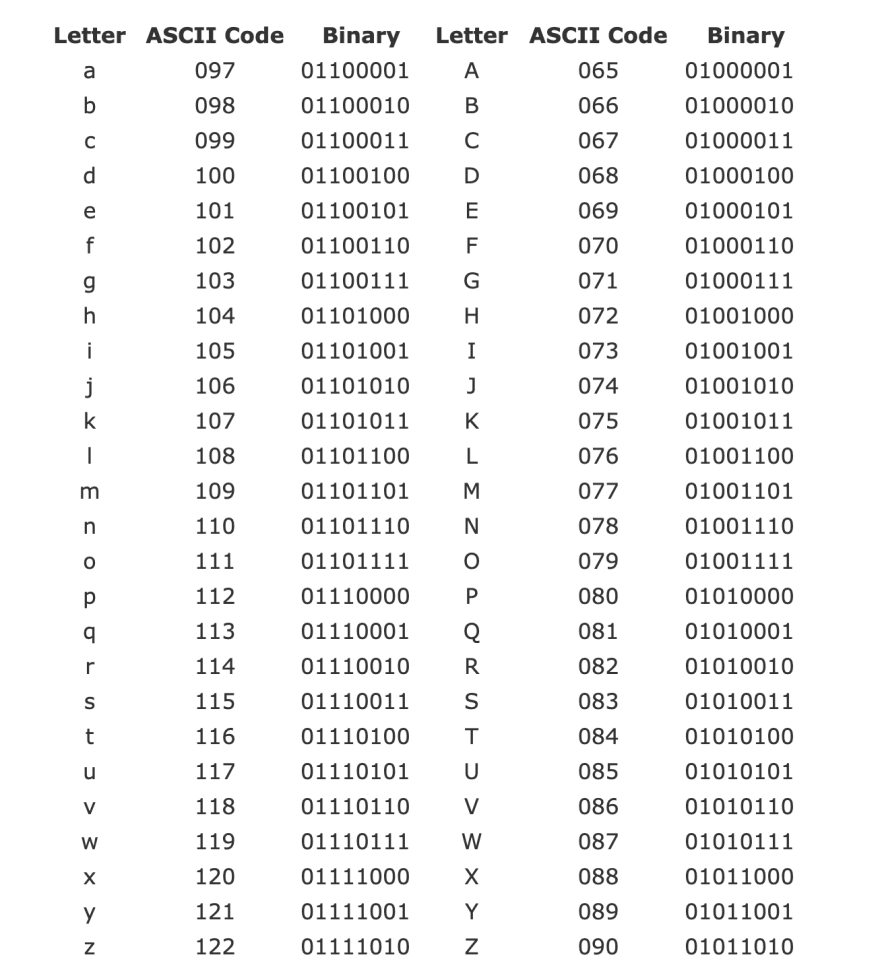 This gets very long winded, because a single byte doesn't represent one word, it only represents a single character, which is why us humans don't use this as a form of language, but this binary system is what computers use everyday to communicate!

Once suspended, millsy64 will not be able to comment or publish posts until their suspension is removed.

Once unsuspended, millsy64 will be able to comment and publish posts again.

Once unpublished, all posts by millsy64 will become hidden and only accessible to themselves.

If millsy64 is not suspended, they can still re-publish their posts from their dashboard.

Once unpublished, this post will become invisible to the public and only accessible to Lukas Mills.

Thanks for keeping DEV Community 👩‍💻👨‍💻 safe. Here is what you can do to flag millsy64:

Unflagging millsy64 will restore default visibility to their posts.