I was trying to import large data set JSON file into MongoDB my first method was using MongoDB Compass my file size was about 7GB but after 30 minutes passed still stuck on 0%, like the image below: 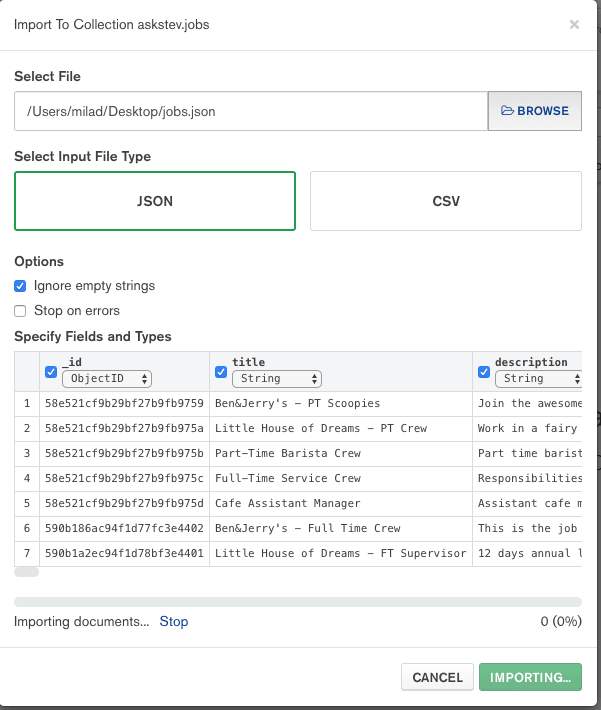 So I used next method, mongoimport but I am using MongoDB with docker so in the first step I need to copy my huge JSON file to MongoDB container:

then connect to my Mongodb container with below command:

by using --batchSize 1 option you will be insured huge JSON file will be parsed and stored in batch size to prevent memory issue.

if during import you encounter killed error from MongoDB import, maybe you need to increase memory size for your container by adding deploy.resources to your docker-compose file:

How to persist and backup PostgreSQL Docker container.