A long time ago I wrote this little thing and I just re-read it and still stand by it.

On the 7th of October, 2020 - the team at Slack posted a thing on their blog, which discusses "New data from a global survey of more than 9,000 knowledge workers".

The thing is, using the term "global" as an aggregate for "America, Asia, Australia and Europe" is not only misleading, but a stark reminder that cultural hegemony in the workplace pervades the very homes of the very people marginalised by it. Slack can do better.

As I read the blog post in 2020, I really not good about their use of the term "global"; which they seem to have no trouble assuming that it means everywhere Slack has employees - as they only seemed to survey people in:

To add insult to injury, the survey data was presented on a World Map® which places labels for European and North American statistics directly on top of Africa and South America. 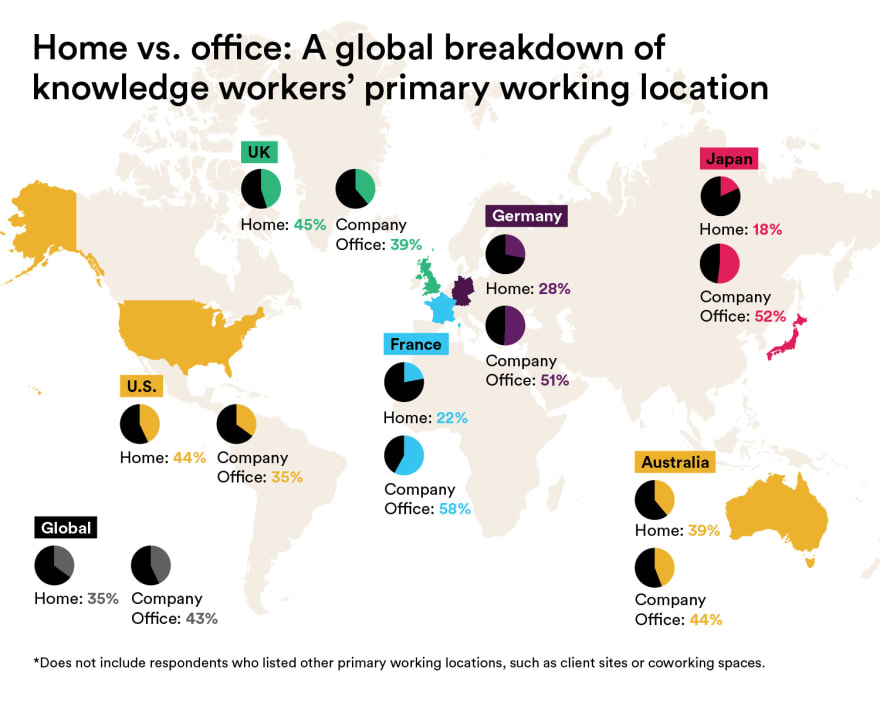 What this says to me? Well, when I see that this survey is labelled as "GLOBAL" - and yet not one person in either Africa or South America was surveyed; It says "South America & Africa do not matter".

At least they removed Antarctica

You may have noticed that Antarctica was not included in the survey and was removed altogether from the World Map®. Maybe Antarctica it's better that way; as ignorance driving exclusion hurts, but it's the total saturation of arrogance and slimy irreverence that makes such ham-fisted indifference possible.

What do I miss from Slack - Solution

[Slack API Tutorial] Building a Home for Your Slack App 🏡

Mikey Battiston
hey im moike what is up
A Developers perspective on the M1 MacBook Pro after 5 months of usage
#webdev #beginners #codenewbie #career
I used the web browsers Edge and Brave exclusively for 1 week each here are my thoughts
#webdev #beginners #productivity #codenewbie
How many applications did it take for you to find your first dev job?
#watercooler #career #beginners