It is great to be able to make app using Reaction, View, Angler. But it is cooler better if you can do even a small app with pure JS.

Today I will show you the way I did my vanilla app.

I call it "property-oriented pub-sub pattern". But before I will explain the idea, let's look at some essentials.

Every app has three fundamental parts: State, Actions and Presentation layer.
State is an object with all changeable information. Usually, every app has one global state and optionally little states for small parts of an app.
Actions are functions, that change state. Usually triggered on some button press or on any other update.
Presentation layer or "view", is a way to beautifully present the state to users.

propertyorientedpubsubpattern has much simpler flow. Action change a state and list all changed properties. Basing on changed state keys subscribed functions are triggered. 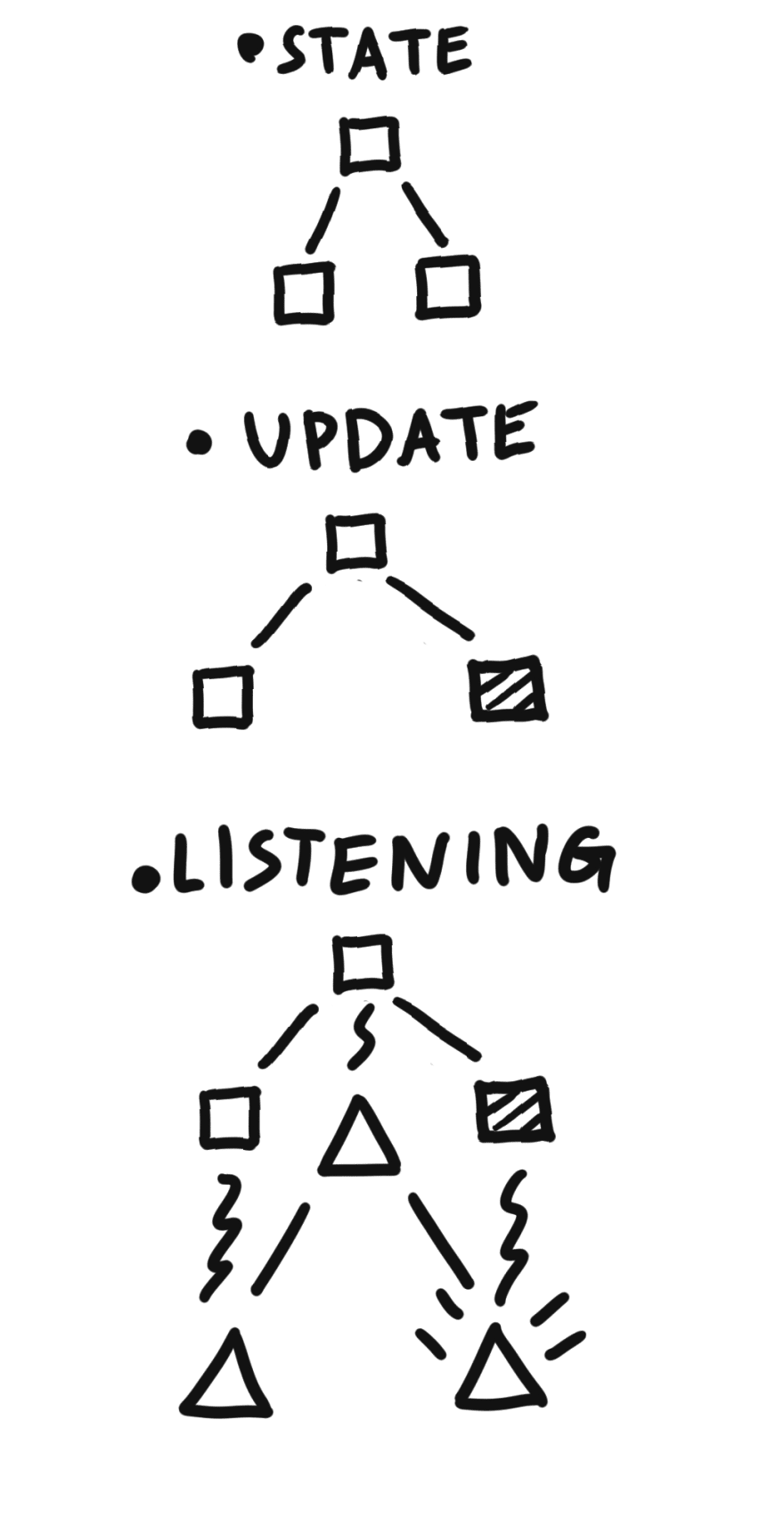 To make everything clear, let's first learn how to use it, then we will make it.

For example, we have a state "Character".

We put it into some 'init' function, that gives us 'pub' and 'sub', to deal with.

Then we make several components.

then use those pub-sub stuffs.

Now we have a little counter, masked as an account app.
As you can see, we explicitly list all properties public and subscribe to. When certain properties are updated, certain functions are triggered. Easy-Peasy.

So let's build this 'init' peace of function.

Now let me explain everything line by line.

This code has list of defects, because i whated to make it as easy as possible, but it is already usable tool to make small apps!

If you what to play with this, here is codesandbox example:

Everything is great, but:

In the next episode we will fix some of those problems, so until next time!

Mike Skoe
I use React+Redux with Electron and TypeScript at job. Learn functional programming at free time, mostly OCaml
7 useful HTML attributes you may not know
#webdev #html #beginners #productivity
What's the revenue of your most successful project?
#watercooler #career #business
September 23rd, 2021: What did you learn this week?
#weeklylearn #discuss #weeklyretro