This post explores possibilities of torrenting and streaming technologies in .NET by combining key features from several libraries to build a unique and fun CLI sample app. But first, some context.

The BitTorrent protocol is a protocol used to share files between users over internet.

BitTorrent (abbreviated to BT) is a communication protocol for peer-to-peer file sharing (P2P) which is used to distribute data and electronic files over the Internet.

BitTorrent is one of the most common protocols for transferring large files, such as digital video files containing TV shows or video clips or digital audio files containing songs. Peer-to-peer networks have been estimated to collectively account for approximately 43% to 70% of all Internet traffic (depending on location) as of February 2009. In February 2013, BitTorrent was responsible for 3.35% of all worldwide bandwidth, more than half of the 6% of total bandwidth dedicated to file sharing.

Since the BitTorrent is so well suited to transfer large files (such as multimedia files), the idea of embedding it in mediaplayers like VLC has commonly been an area of interest for some time. 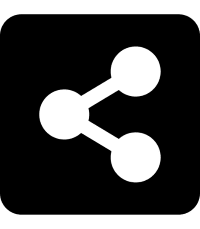 A few words on torrenting libraries you can use in your code.

Integrating torrent support for VLC is not a new idea, and there are several ways to go about it. Here are 2 possible approaches:

This way we can watch the movie seamlessly as we download it onto the device using the BitTorrent protocol. And with MonoTorrent and LibVLCSharp both targeting .NET Standard, this works on pretty much all platforms.

For local playback, we have a couple solutions.

But... VLC also supports chromecast, and so, LibVLCSharp does too.

Would it be possible to send the movie stream to the local chromecast while downloading it from the P2P network with MonoTorrent?

Yes, and VLC will also transcode the media in real time if the chromecast does not natively support it.

LVST is a CLI .NET Core 3.1 app running on Linux, macOS and Windows. Xamarin support would be simple to add, but I wanted this to be a CLI sample.

LVST is designed to be a basic sample and focused on the torrenting feature, there are currently no playback controls.

Just provide it with a .torrent file URL with --torrent and it will start to download and play it. Casting to the chromecast is as easy as giving it the --cast flag.

Feel free to fork away if you'd like to play around with LVST.

What else could be done with regard to LibVLCSharp and MonoTorrent?

I am also considering making a LibVLCSharp.MonoTorrent package to make torrent support transparent in LibVLCSharp. Feel free to reach out if that is something you would like to see!

Could not execute because the application was not found or a compatible .NET SDK is not installed.