Callbacks are a concept I struggled implementing when I was first introduced to them in bootcamp. I understood their purpose but it's inevitable that not everything you learn will immediately stick the first time around. Hopefully this dive into callbacks will help you understand their function and purpose!

What are callbacks in JavaScript?

The first thing you wanna know is that a callback is a function. In JavaScript, functions are first-class objects, meaning they can be:

-stored in a variable, object, or array

-passed as an argument to a function. returned from a function

-returned from a function

A callback is a function that is passed inside another function as an argument. It is invoked inside the outer function or "higher order function" that "calls back" the callback function to complete the task.

What is a higher order function?

When can callbacks be used?

Callbacks can be used for asynchronous and synchronous tasks within our code.

Let's look at an example of a synchronous callback:

To test our code and check out output, I use the console in Google Chrome. 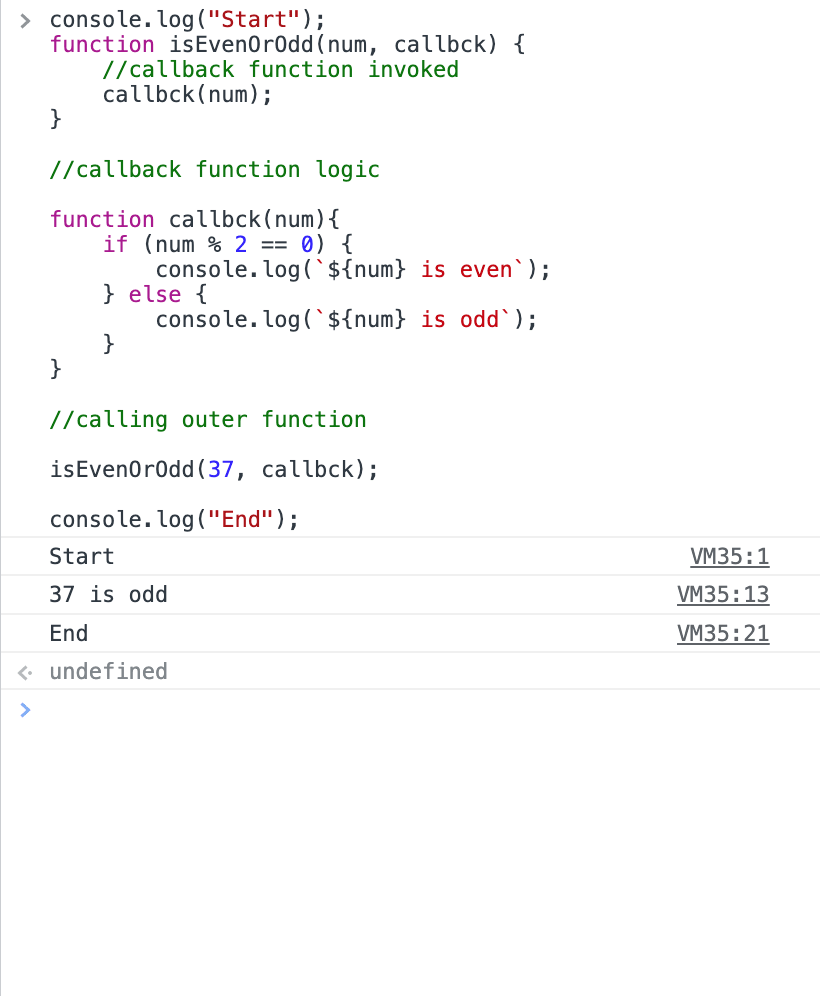 -function isEvenOrOdd is an outer function that takes callbck and num, our callback as an argument

-the callback function is invoked when we call callbck(num)

-isEvenOrOdd(37, callbck) calls the outer function, it invokes callbck(num) which calls on the callback logic

*Notice that in synchronous callbacks, callbacks are executed immediately in their order where the output is initiated with the console.log("Start"), the functions are established, invoked, and logic is called, followed by the console.log("End").

Synchronous callbacks are blocking, which means the higher-order function doesn't complete its execution until the callback is done executing

This code snippet is similar to our first code snippet, except we incorporate the setTimeout function.

Let's take a look at our output: 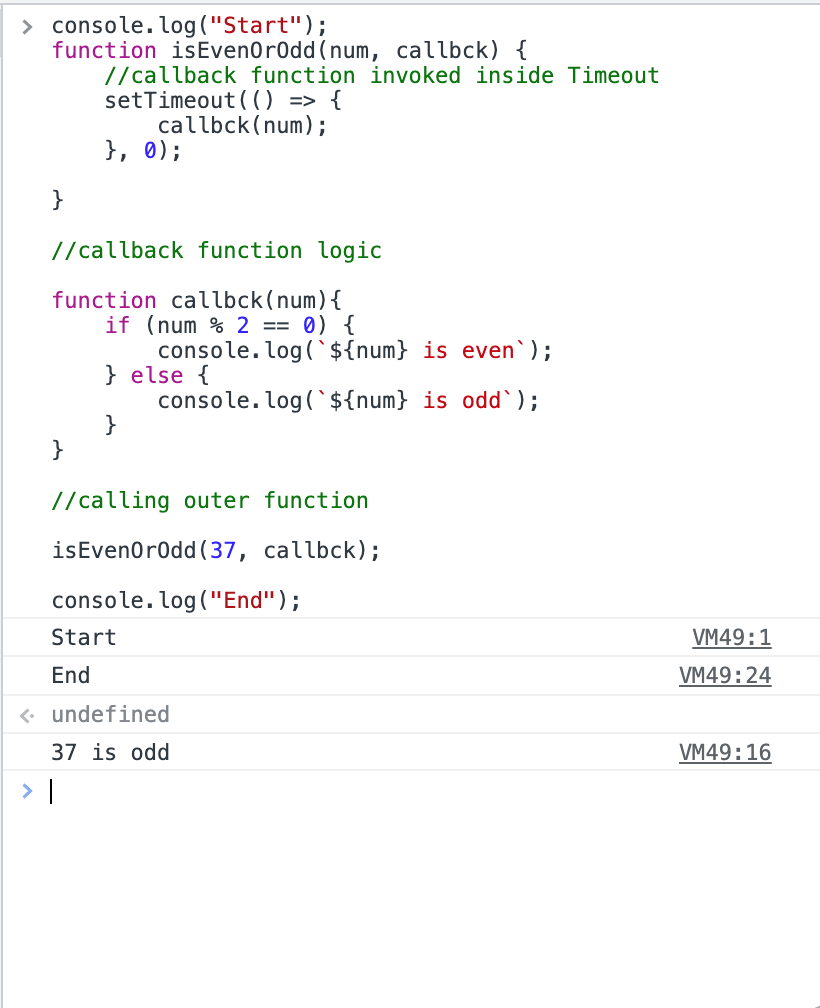 Our asynchronous output has changed, what's going on?

With this asynchronous callback, the callback is enclosed within the setTimeout function.

By default, the setTimeout function is an asynchronous function because it causes the code flow to delay until the task has been completed.

The asynchronous callback is executed after the execution of the higher-order function.

he asynchronous way to invoke the callbacks:

-The callback function executes after the Timeout() is finished: 37 is odd

This is what causes us to see a difference in the order of our output.

Conclusion:
Understanding the code flow of callbacks is advantageous because you'll gain a deeper insight into how tasks are being performed, manipulating data, and debugging. I get fuzzy on these concepts still, fearing I'm not using the right syntax, so it always helps to have resources to refresh your knowledge!

Once suspended, melguachun will not be able to comment or publish posts until their suspension is removed.

Once unsuspended, melguachun will be able to comment and publish posts again.

Once unpublished, all posts by melguachun will become hidden and only accessible to themselves.

If melguachun is not suspended, they can still re-publish their posts from their dashboard.