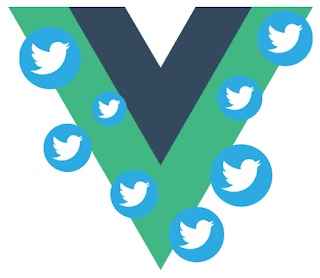 For me, one of the small hacks to keep me posted with the tech/tools that I love is to follow the contributors or creators on Twitter. I like to read about what they're thinking, what they're working on and what are the next improvements for the tools. I even like to see their favorite memes 😆. So I encourage you to start this 2020 with the right foot following some brilliant people that are contributing to the Vue.js ecosystem in different ways:

Yeah, let's start with the creator. Evan has been working with Vue.js since 2014, and right now he's the biggest contributor, dedicating all of his time to the framework. On his Twitter account, you can find thoughts about the next steps of Vue.js and sometimes you can find tweets about UFC 🥊.

Eduardo is part of the Vue Core Team, he's focused on the vue-router. Also, Eduardo is the creator of vuefire, a solution to create real-time bindings between Firebase and your Vue application. He tweets really interesting info about vue/vue-router, next conferences and a lot of memes, really funny memes 😁.

John Leider is the creator of Vuetify, the most used Vue UI Library. On John's twitter, you can find updates about Vuetify and the next conferences where he will be participating ✨.

Filip is the co-founder of VueStorefront, a headless PWA frontend for eCommerce and the StorefrontUI author, a UI framework. He writes really useful posts about performance and best practices on vueschool.io/articles/. Stay tuned with his latest tweets 🛒.

Vue consultant, and member of the Vue team. Chris helps a lot with the vue documentation on vuejs.org, also, he loves to share tips about Vue app at a large scale (vue-enterprise-boilerplate) 📄.

Jen is a developer advocate at Microsoft. In 2018, Jen created VueVixens.org, a cool community to teach Vue.js to under-represented people. Go and follow Jen to know more about this wonderful community 🦊.

Member of the Vue Core Team, he focuses on vue-devtools, vue-cli, and vue-apollo, tools that will make you work like a wizard. On his twitter account, you can find information about the latest vue tool updates, next conferences, and other interesting things 🧙.

Teacher and co-founder of Vue School, one of the biggest Vue learning platforms, also the author of The Majesty of VueJS. Follow him to know more about the latest courses and I promise you will learn a lot 👨‍🏫.

Creator of the famous web framework for building Vue.js apps, Nuxt.js. Follow him to stay tuned with the latest Nuxt updates and conferences 💡.

Head of DX at Netlify and a member of the Vue Core Team. Sarah has helped with the documentation on vuejs.org and with the vue-vscode-snippets which is widely used by developers working with Vue.js on VS Code. Do you like CSS animations? well, she has some incredible projects on codepen.io 🌟.

Michael is a developer working on Vidyard, a video platform created with Vue.js. On his Twitter account, he shares the journey of this startup, tips for creating reusable components, and other interesting stuff. Don't forget to check his blog michaelnthiessen.com 📺.

Front End Engineer at Pendo, also a member of VueVixens.org. She is focused on sharing knowledge about Accessibility (a11y). Follow her to know more about the next conferences and meetups ♿.

I hope you find a lot of useful information by following these amazing people. Share in the comments other twitter accounts that we should be following and stay tuned!

Manuel Mejia
I'm a software developer that primarily works with web applications. I'm highly passionate about writing code following good practices and top-notch technologies.
What was your win this week?
#discuss #weeklyretro
What's the best or worst recruitment line you have heard?
#discuss #watercooler
What do you use for video calls?
#webdev #discuss #productivity