If you are in the blockchain space, you might notice the word Taproot getting mentioned a lot in the conversation last few days. If you are still not sure what TapRoot is? And Why Everyone is talking about them? Then This thread is for you.

August 24th, 2017 was the date Segregated Witness, or “SegWit,” upgrade that happened in Bitcoin blockchain, which addresses the scalability issue of Bitcoin. After its activation, Bitcoin’s price rose almost 50% in the following week. It was one of the most significant upgrades to fix the scalability issue, but also, there are a lot of problems that need to be addressed with bitcoin.

Some of them are privacy, scalability, and security: Introducing Gregory Maxwell , Bitcoin core developer. In January of 2018, Maxwell introduced the concept called Taproot, which addresses the concerns mentioned above.

Miners and developers widely supported this proposal, and they accepted the consensus to implement the upgrade on June 12th, 2021, and Taproot was activated on 2021-11-14 on block 709632. 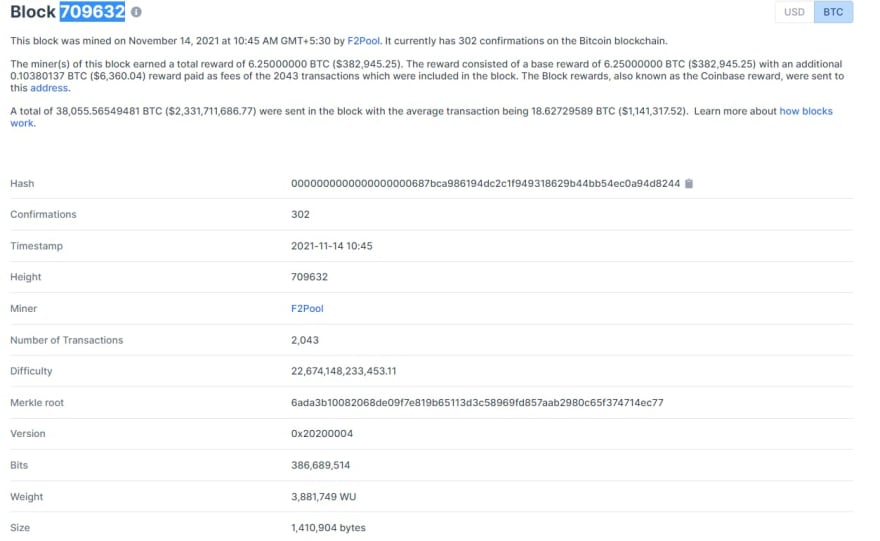 So now let’s take a deep look into what is Taproot?

Taproot is the new and most anticipated update in bitcoin, along with Schnorr signatures. Taproot’s goal is to improve privacy, scalability, and security by changing how bitcoin scripts operate. Schnorr signatures play a critical role in this upgrade.

Schnorr signature technology implements the cryptographic signature, which is small, secure, and flexible. It also introduces the Key Aggregation technique, allowing multi-signature transactions and smart contracts to commit the same amount of data as the Single Transaction.

With this upgrade, rather than storing public keys and signatures of all the participants, only a single aggregated public key and signature will be stored, which results in lighter and more secure transactions.

Remember SegWit? Taproot was built on it, which uses Merklized Alternative Script Trees, also known as MAST. Merkel trees are used in cryptography to verify the data without revealing all the data in the set. Like that, it only shows the conditions of the smart contracts that are executed and committed to the blockchain instead of releasing the entire agreement.

This provides a great deal of privacy to the users. With Taproot enabled, unexecuted transactions, conditions, or outcomes are unavailable for the spectator to see, which might have sensitive information.

With MAST, unexecuted transactions are no longer stored on the blockchain, which provides greater scalability, transaction throughput, and efficiency.

As mentioned earlier, Bitcoin has some serious privacy, scalability, and security problems; this upgrade is to fix it.

I am sure this is just the beginning of growth; there is still a lot and more to go.

If you are interested in these topics and subjects related to the internet, consider following @muhamaushookar and subscribing to my newsletter.

Make your first Crypto with ThirdWeb 🤯

Muhammath Maushook
I write about the Internet and how it's shaping our day-to-day life. Developer, Freelancing and Working Remote since 2017.
What is a Web3 and Decenralized Network? Why is it important?
#blockchain #bitcoin #web3