“Give me a lever long enough and a fulcrum on which to place it, and I shall move the world.” - Archimedes

I love wood. Specifically I love working with wood. I love the smell a plank of cedar makes as you run it through a finely tuned bandsaw. I love its look. I love the feel of its texture under my fingers, the bumps and curves of its rough state and the almost glass-like smoothness that is the reward of hours spent sanding. Woodworking has been one of the great pleasures of my life. There are so many things that I love about it that the list could stretch high as the highest tree in a redwood forest. That said, there is one thing about woodworking that I love the most. I love to see the things that I create being used to change lives, in ways great and small.

See, there are two ways to create something out of wood. You can build fast, with cheap wood. You can sand something down with a machine rather than by hand, you can remove redundant supports and use fasteners, which are fast, rather than glue and clamps, which take much more time. There really isn’t anything wrong with building things this way, despite the distain that you can probably see for it in my words. There is a certain utility that lies in producing goods quickly and cheaply, so that they can be put into the hands of needy people at a price they can afford. I’ve built a thing or two this way myself, when the need arose, but I took no real pleasure in it. My joy come in building things to last.

A table that can hold a thanksgiving dinner can be built quickly and well, but a table that can hold five times that weight takes twice as long to build. The thing is, in ten years that first table will be firewood, while the second one will host generation after generation of Thanksgivings, Christmas dinners, and every meal in between. That only comes from quality, from picking the best wood, and putting in the hours needed to shape it, so that the table in your vision can stand up to every use you could possibly imagine for it, and a few that you can’t. Longevity like that only comes from what is commonly known as craftsmanship.

My interest in code was first piqued when I began building intricate spreadsheets to keep track of my family budget ten years ago. Initially the sheets were just lists, simple documents allowing me to associate costs with budget items. Eventually, I began to experiment with adding arithmetic to them, first simple operations to add up monthly expenses, and then one was added to track our savings from month to month. My paycheck at the time would vary every month so I eventually added equations that would divide the amount into percentages that would be divided into different categories. Eventually I built out a document that spanned months of expenses and helped my family save for vehicles, vacations, and a home. I saw that what I built was a tool, one that made a positive impact on my life. More importantly, I saw that what had shaped that tool was a curiosity about what it could become, and a determination to bring that final form about. I’ve found that the curiosity that drives me to add one more feature to a program, the determination to spend hours building menus that cannot be broken or pages that look just right, that curiosity is that same the same as what would lead me to a brand new technique for turning a goblet on a lathe. The same determination would lead me to one more round of sanding on a tabletop, or some extra bracing on a desk. It was craftsmanship, and that craftsmanship could create tools, and those tools, on a large enough scale, cold create things I never thought possible.

Code is the new wood. Like wood, it can be used cheaply and quickly to build temporary things of little consequence. We see that a lot. But, also like wood, it can be used to create things that can change lives for generations to come. Code doesn’t have to be harvested from a forest. You don’t have to pay for fine stock from which you can create code, because the stock is our imagination and our imagination is a renewable resource. Code can be used to facilitate travel, to enable commerce, to spread art, to unite families. That is my why. That is why I’m here at Flatiron school. Im here learning to code because, while wood can change a family, I’ve come to realize that well crafted code can change the world.

My why is the realization that code, not cedar, will create the future, even though It doesn’t smell as good. 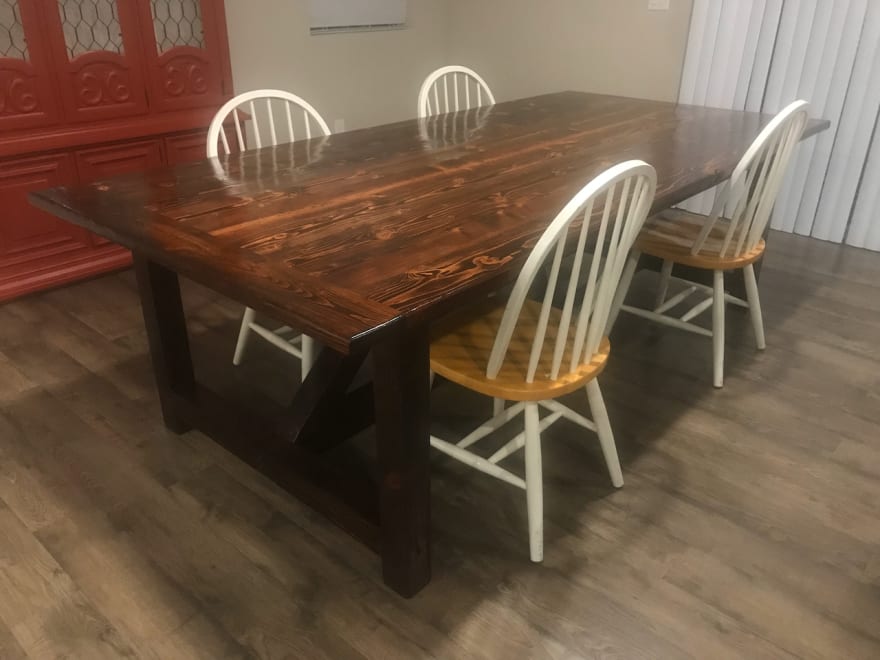 Top 9 Lessons learned in 12 years as a software developer.