Lefthook is a tool to give us more confidence in our commits, it work with a lot of programming languages and Frameworks such as Flutter, Go, Ruby, and many others, and even can execute some tasks like lint and test, with that said let's configure this to work with.

To get started it depends on your O.S, with Linux distributions like Ubuntu and Debian you have two different ways to do that

If you are using a macOS, you can try with Homebrew, to do that just: brew install lefthook

After this step, you should have the lefthook installed on your machine, let's see how to use it

To use in your project you have to go to the terminal and then move it to root, after that you have to type: lefthook install and a file named lefthook.yml has to be created in your project, in this example I created a Flutter project and execute the command, you can see the result below: 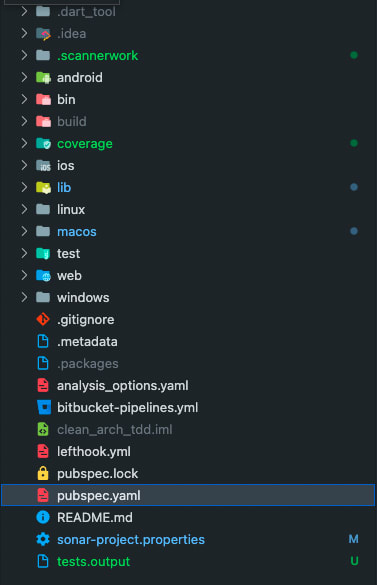 In this code block above I'm executing some tasks in parallel before the commit process is done, in that case, I'm running the Flutter test and analyzing and the commit will be finished only if these tasks have been completed, let's have another example

Now, with this code block above the task will run only when the push process has been started, in this case, I'm executing some Flutter test and the commit only will be done will all tests have been completed with success

To finish, let's learn how to use the commit-msg block, in our case we will check the commit message using as a base the conventional commits spec, if you don't know about this concept you can click here, so let's move, in this example, we have to create a folder called bin and inside then create a file called commit_message.dart, the result should be

Inside bin/commit_message.dart file, we can insert the below code

This file basically gets the commit message and then passes a regex to check if they are in concern with the conventional commits, finally in our lefthook.yml file we can put

With that, we execute the file created to check with lefthook if the message commit has matched with what was expected, in my case the final looks like

For now, you've learned how to integrate this tool to keep your commits more safe and clean with clear messages, I hope that you liked it and see you in the next article.

Git + Jira Analytics in 10 minutes on your laptop

Once suspended, matteuus will not be able to comment or publish posts until their suspension is removed.

Once unsuspended, matteuus will be able to comment and publish posts again.

Once unpublished, all posts by matteuus will become hidden and only accessible to themselves.

If matteuus is not suspended, they can still re-publish their posts from their dashboard.

Once unpublished, this post will become invisible to the public and only accessible to Mateus Daniel.

Thanks for keeping DEV Community 👩‍💻👨‍💻 safe. Here is what you can do to flag matteuus:

Unflagging matteuus will restore default visibility to their posts.