If you want to release your Rust project on Google App Engine, you can use GitLab CI to help you with this task. Through this article I will guide you through the whole process.

First, create an account at cloud.google.com/appengine. You will get $300 in free credits to use with your account during the first 90 days.

Then, go to console.cloud.google.com/appengine and create a new project. 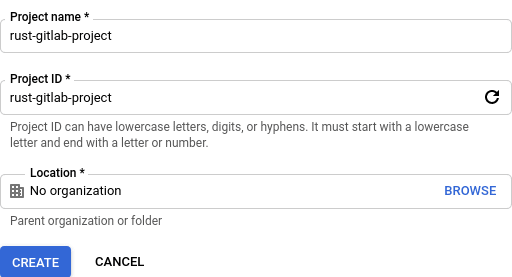 You can change Project name and Project ID according to your needs.

Once your project is ready, you will see the following screen.

Now, create an application and select a region for your app. 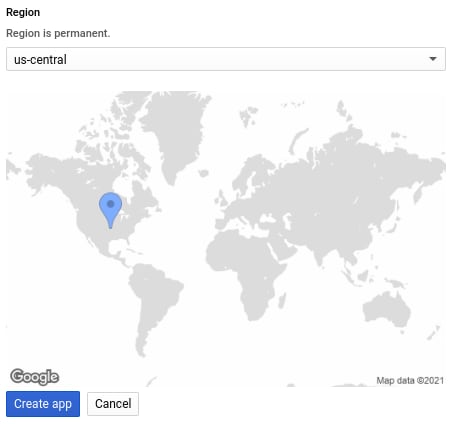 And select the programming language and environment. Rust is not listed, select Other instead and Flexible as the environment. 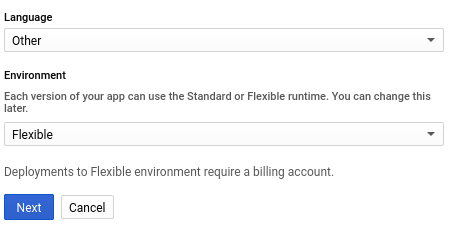 Go to console.cloud.google.com/iam-admin/serviceaccounts/create for creating a new service accounts. 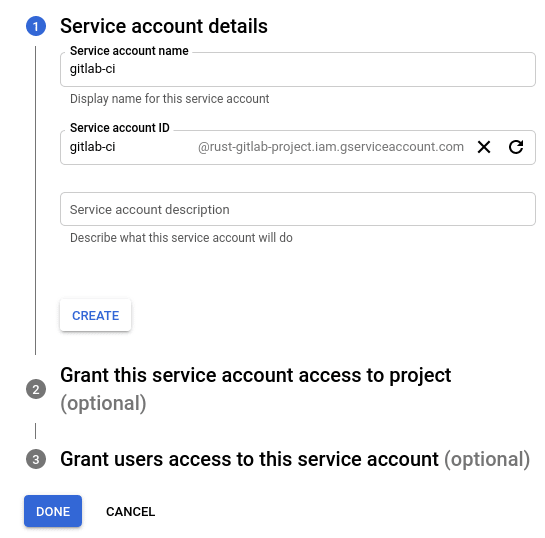 Add the following roles to the service account you're creating: 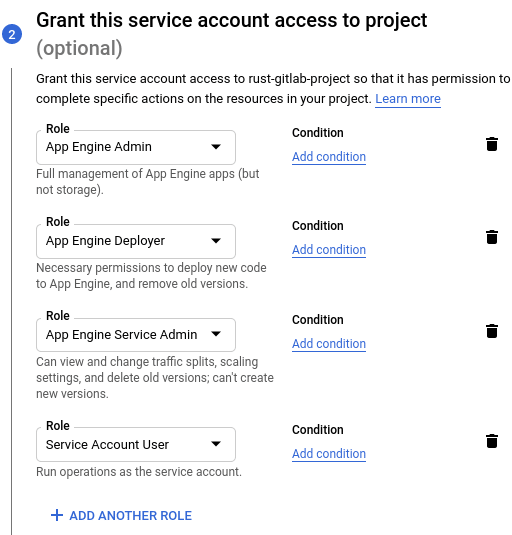 Click on it and go to the Keys section and create a new key. This will generate a JSON file, download it. Later, you will copy the content of this file. 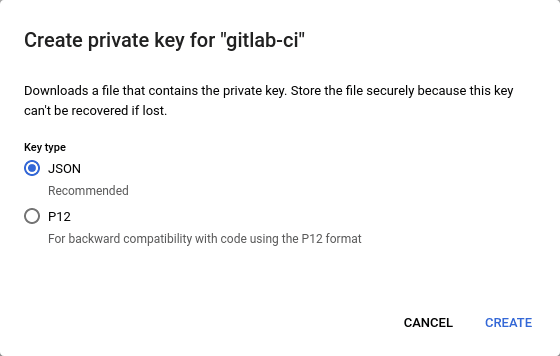 Enable the App Engine Admin API. Go to console.developers.google.com/apis/api/appengine.googleapis.com/overview?project=rust-gitlab-project. Replacing rust-gitlab-project from the URL with the name of your project.

Finally, go to console.cloud.google.com/storage/browser and add Storage Object Creator and Storage Object Viewer permissions to your service account for the buckets listed there:

Create a repository for your project and sync your code.

Create a Dockerfile in your repository with the following content:

The Docker image used for releasing the app is built through multi-stage builds. At first, the app is compiled using the Docker image of the Nightly version of Rust. You can change it to stable depending on the crates you're using for your project.

After compilation, you get the binary you need for running your app on production. This is done to avoid copying all the files generated after running cargo build --release, specially the ones located in the target directory.

In the second stage, the official Docker image of Ubuntu is used. The binary generated before is copied, along with the files required for running your app. Now you have the Docker image that would be used for releasing on Google App Engine.

Check this repository on GitHub where you can see the files that must be in your repository for publishing on Google App Engine.

Then, create the configuration file for Google App Engine, app.yaml, with the following content:

And finally, create the .gitlab-ci.yml file in your repository, with the following content, according to this article:

Set app/cloud_build_timeout to 1600 as compilation could take more time than the default value.

Once the file is created, the pipeline will be executed and after a few minutes, your app will be on production at PROJECT_ID.uc.r.appspot.com.

Check rust-gitlab-project.uc.r.appspot.com for a demo and gitlab.com/mattdark/rust-gae-demo for the code.

How to structure your Express and Node.Js project

How to Create Modal Box Using CSS and JS