The first phase of a compiler design is called Lexical Analysis or scanner. The Lexical Analysis read the Stream of characters that make up the source of file and group the significative sequences, known as a lexeme.

In the next table will be the lexemes classes used in the development of the practice. 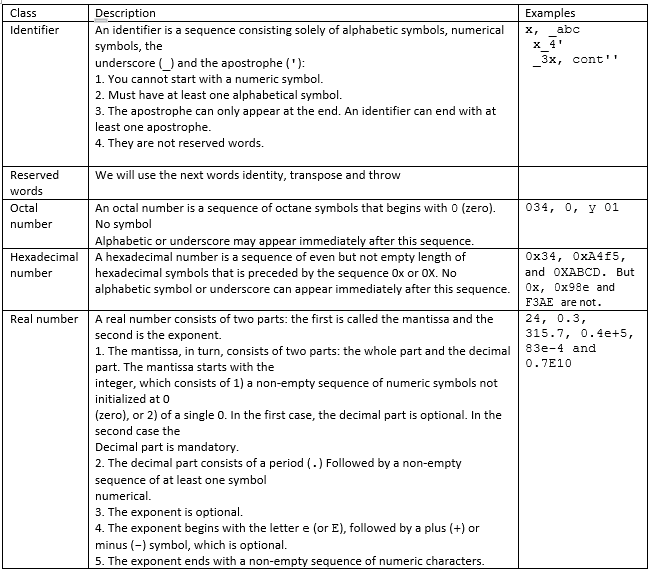 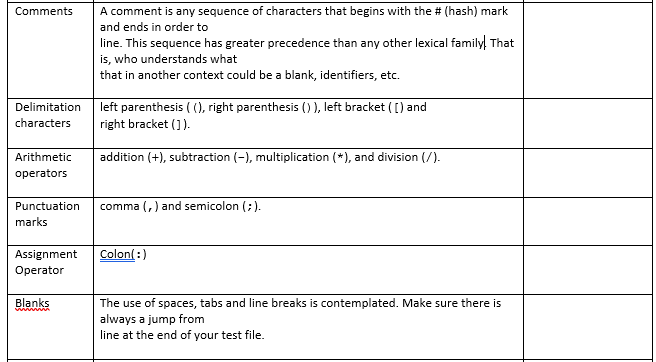 In the next Figure 1, it shows the first Automata called A1 which recognize identifiers: 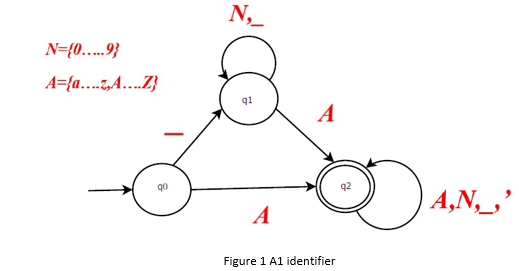 The next Figure 2, it shows the Automata A2 which recognize Octal numbers, Hexadecimal number and Real number: 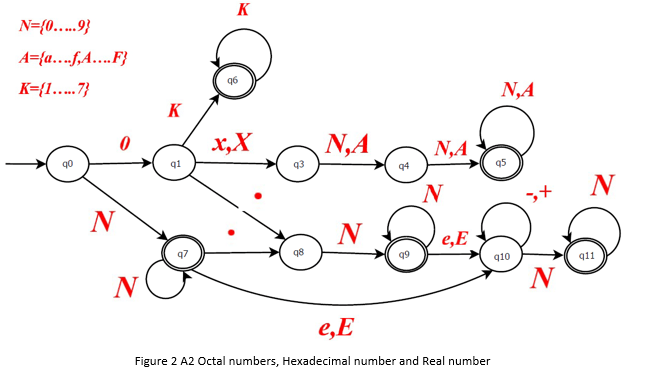 The next Figure 3, it shows the Automata A3 which recognize Delimitation characters, Arithmetic operators, Punctuation marks and Assignment Operator: 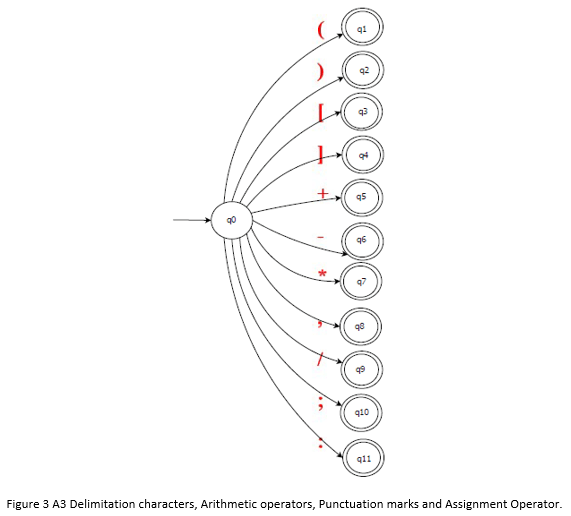 The next Figure 4, it shows the Automata A4 comments:

In this automata the number 10 represents New Line in ASCII code.

As a conclusion, it was difficult to understand and solve the EOF, Blacks and comments. Because when I was using fgetc() function whit a char variable, the char variable was changing it for another number and never reach to EOF. So that was freaking me out but finally I solve it. Sometimes when the lexical analysis read a black it was doing a loop infinite but it was solved. Also, I consider that this practice was a huge challenge, but I made it.

A Queue is just a Q with 4 silent letters

Linear and Binary Search in JavaScript