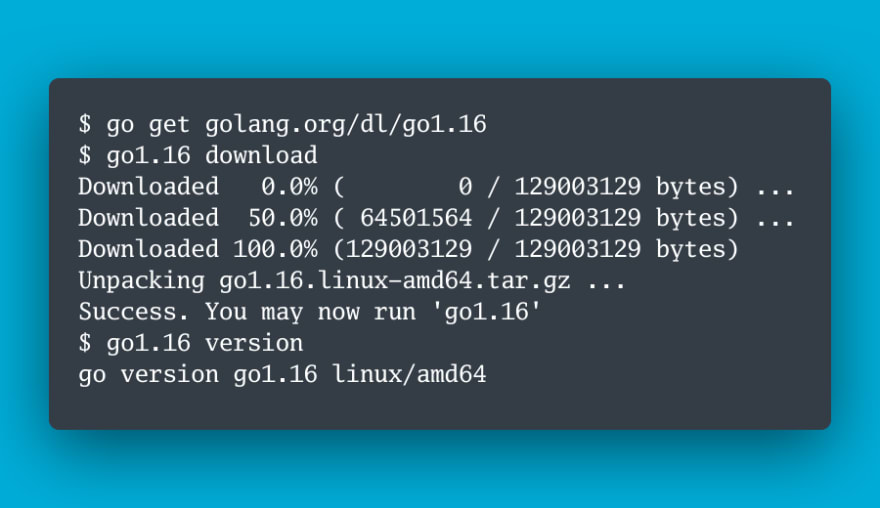 And yes everybody is excited about the new //go:embed directive and the Apple Silicon support, but there are some other interesting changes.

Warns when calling Fatal in goroutines.

go install now supports arguments with suffixes, what this is means is that running something like:

Will work, and more importantly will not modify the main go.mod, which in practice should reduce the amount of explicit imported packages, that should change the tools.go paradigm a bit in some cases.

io/ioutil still works but the recommended way is now to either use the corresponding io or os types, in practice the API is basically the same only the packages change.