Is there any science to software development?

What's the root of elitism in the software industry?

In this video I discuss how I'd answer these questions, prompted by this comment and article.

I would say it definitely happens in the professional realm. It isn't quite as heated as online toxicity, but it can cause some similar negative feelings. I think it is all about how software development is almost entirely subjective which leads to difficult conversations.

Software development is subjective because there is no science to it. There is computer science which is the basis of it, but that is more of a mathematical discipline. Modern programming languages are abstractions on top of the 1s and 0s, so anyone is free to create or use a programming language for a program as long as it can be translated to run on a computer. Different developers have different tastes and different types of programs could benefit from different programming language features. It is someone's opinion making that choice, not a well-defined set of rules based in science.

I think that the subjectivity is the root of any elitism in development. Developer A is writing a program a certain way using a particular language, developer B tells them that they shouldn't be writing it that way or using that language. I feel that represents the format of any negative interaction regarding software development, but there is no clear winner.

This manifests itself in the workplace regularly. It may not be hostile like online comments, but it can be difficult to navigate. At times, being a software developer can be more about working with people than working with code. Everyone thinks differently and it can be hard to reach a consensus. When developers cannot work together effectively, it leads to different styles of programming or a mix of tools being used. This negatively impacts the product, the budget, and the overall team morale. One developer could be concerned with getting a task done as quickly as possible with no regard for future problems, another developer might have heard that functional programming is the new hotness and they want to rewrite all the things, and a third developer could be jaded from hastily implemented code or jaded from adopting something that was not the right fit. Combine that that with personalities and emotions, it can quickly turn into a heated discussion over what is best.

To avoid this at work, I recommend a few things: 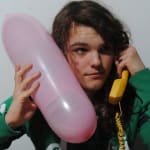 Should I stay with a company in the face of potential future layoffs because of a hiring freeze or start a job search?

How do you deal with Mouse Arm Syndrome !

What's the difference between a library and a framework?

Once suspended, marek will not be able to comment or publish posts until their suspension is removed.

Once unsuspended, marek will be able to comment and publish posts again.

Once unpublished, all posts by marek will become hidden and only accessible to themselves.

If marek is not suspended, they can still re-publish their posts from their dashboard.