I'm starting my journey with unit testing in Flutter. Early in the process, while I was writing tests for my Firebase sign in workflow, I faced a situation that I struggled to surpass and want to share. I needed it to test a static member call.

Concretely, I wanted to test a call to the GoogleAuthProvider.credential() static method. I wanted to do this to get the OAuth credentials and pass them to FirebaseAuth.signInWithCredential(). This way I could use Google Sign In through Firebase Authentication.

In my test, I couldn't mock this static method call. All my attempts failed. My only hope was to refactor my code to make it testable for this particular case. 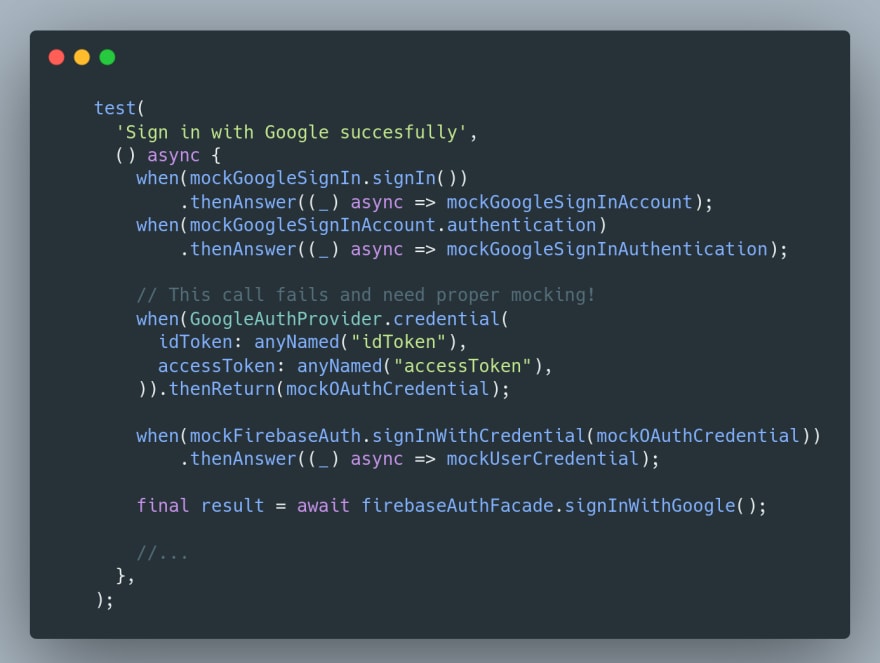 After several failed attempts -such as creating a mock to override the static method, doing the same with Fake instead of Mock, etc-, I realized that the solution implies wrapping the call in a class, so I'll be able to test it indirectly. However, the test structure requires this new wrapper class to be passed as a dependency for the class where the relevant call takes place. 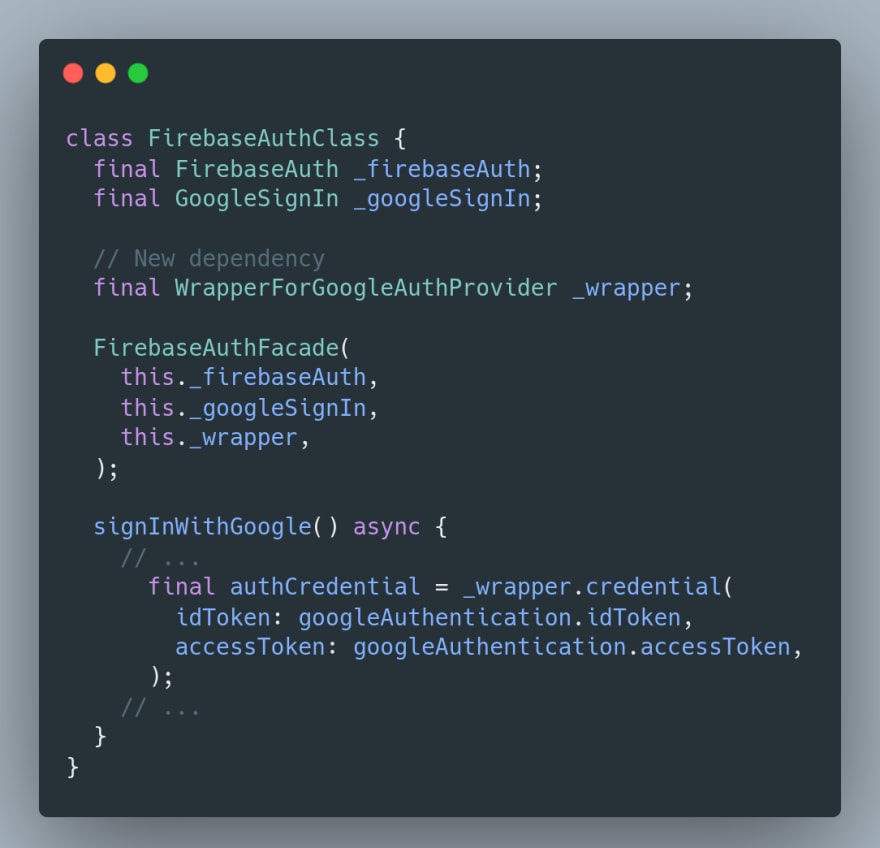 Well, the test will pass if I mock this new wrapper class and use it in when(). But I didn't want to depend on this class and make my overall architecture ugly and ad-hoc.

Finally, I decided to make this little modification: 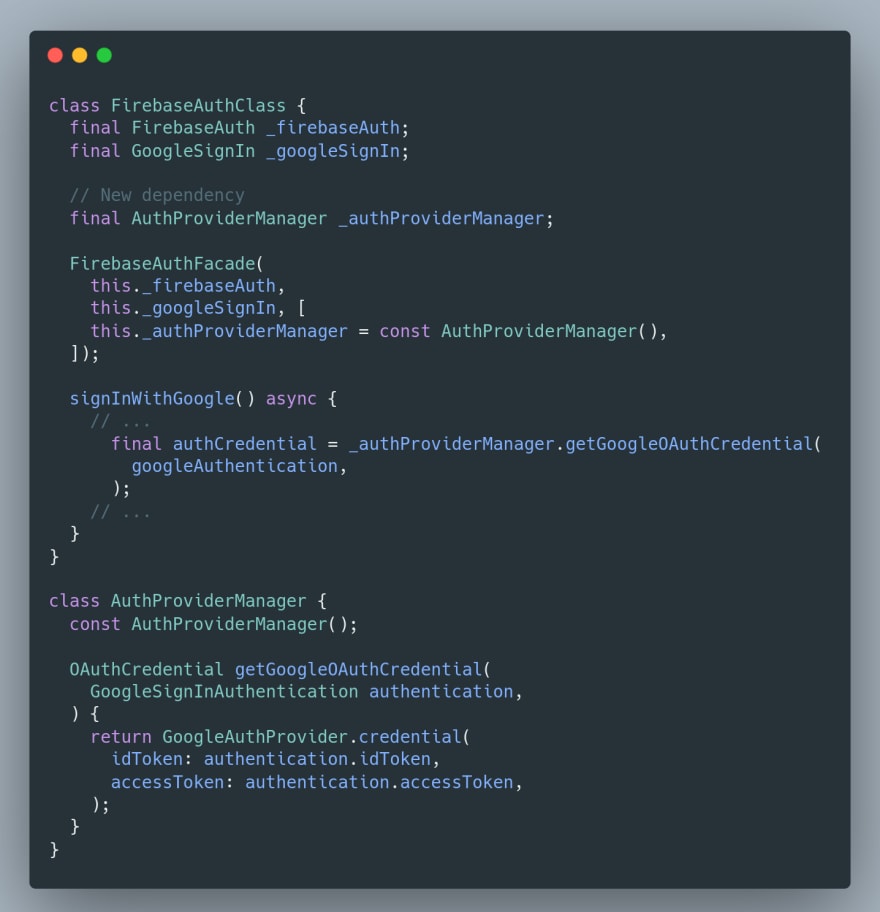 This way, making the dependency optional, I could mock my wrapper class, call it on when(), and pass the test, without compromising my overall structure.

Also, this new wrapper eventually could serve as a place to implement additional forms of authentication, besides GoogleOAuthCredentials. 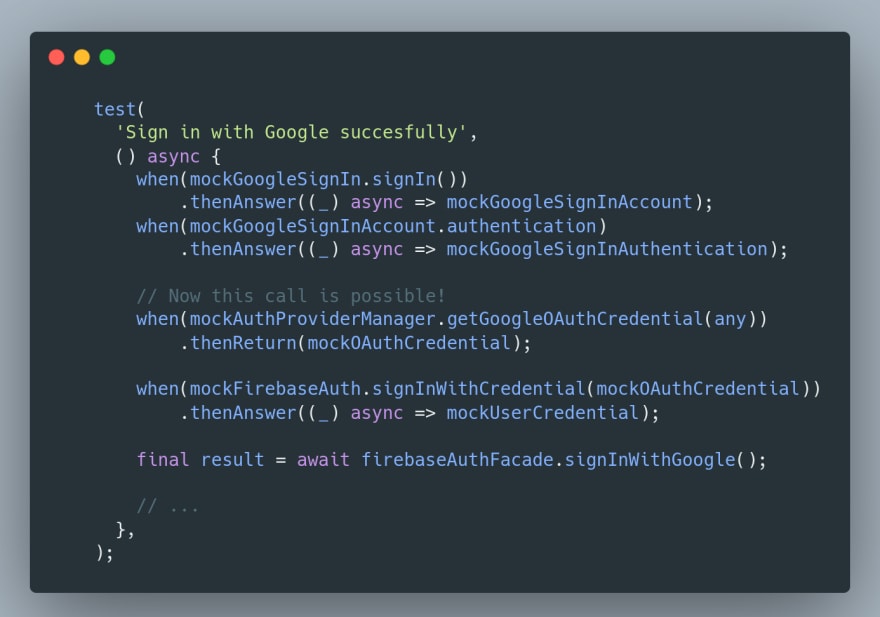 I'm learning a lot of unit testing with these kinds of situations and enjoying testing my apps. I hope eventually implement Widget and integration testing too for this same project.

Don't be Afraid of... Testing React with React Testing Library