Building my own custom configured PC 🖥 was something which I had in my mind for a while now. Basically I wanted to build a PC for Development as my previous configuration was not good enough, also it's 2 years old laptop. It's a HP Laptop with Core i3 5th Gen,8GB Ram, 2GB AMD Graphics and 1TB HDD. It's good but I need something more efficient and faster. Also my brother ❤️ wanted to play high end games like GTA V 😅, so I began my research and after few days of reading several reviews and comparisons, based on my thought process I came up with following Specifications.

The main reason for this specification is it's within the budget (It did exceed a bit but It's worth it) and Upgrade friendly. To be honest I did learn many things as I was researching and building this. If you are planning on building your own PC, always keep in mind that you will eventually need to upgrade, so choose configuration/specs based on that.

Remaining parts are self explanatory I guess. If you want know more just leave a comment. 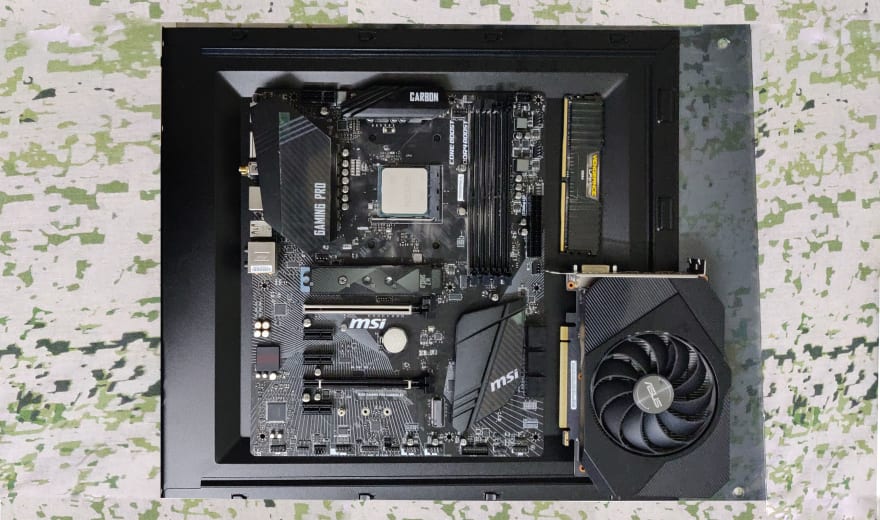 This was my first time building entirely new custom PC from scratch but I did repair my old PC's myself every time, so I had pretty good idea.

To be honest I wanted something more than just build a PC, I wanted It to be visually appealing with colors and lightings as well. So I planned that I would buy a transparent casing and I decided to go with Corsair's Mid-tower Case. As you can see below it's entirely transparent at one side.

Now that it transparent, it's on you to do wire management as well😂. You cannot just throw all wires inside case and pack it right 😜

I tried my best and you can see before and after pics below with final result. 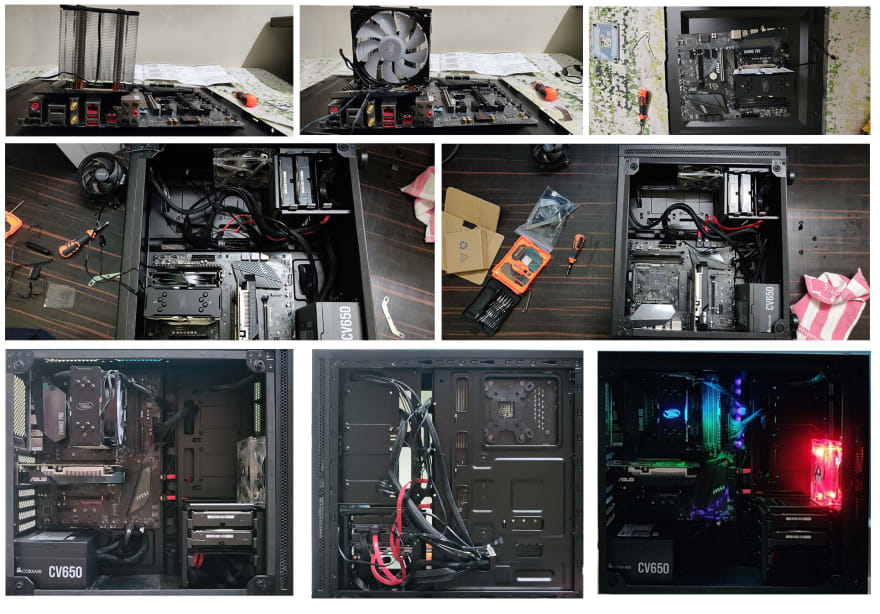 It's not complete yet, I know it's still missing few lightings 😜 which I'll be adding in coming days and make it more cooler. This post will be updated as I do it.

As per monitor I already had a LG Ultrawide Monitor which I was using with my Laptop for last 1.5 years I think 🤔 but It's still Pretty good for me, even perfect for games 😁 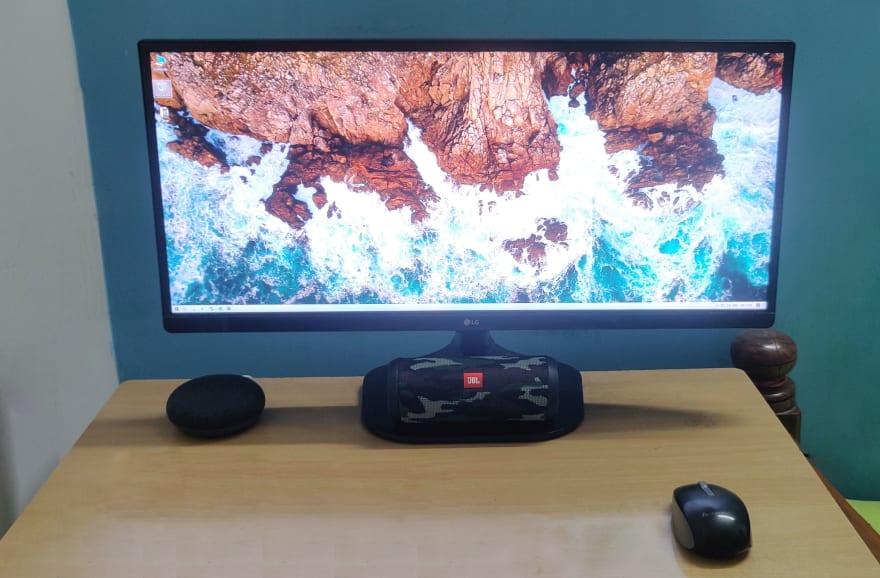 I'm not entirely sure how this benchmark rating works but I can see it's pretty good 😅. As I mentioned earlier when I first built this PC with stock cooler, the system was shut down on rendering about 70% in CineBench 🤯. Now after Installing Air Cooler you can see the result without pc shutdown it did render completely even when I ran twice to check the temperature at 100% CPU Utilization.

Let me know what you think about it in the discussion 😉. Thanks.

The Web APIs of record.a.video

Manjunath G
I'm a self-taught Full Stack Developer based on Bangalore, India who loves exploring new things in day to day life 😎🤟
Why I don't like to use Styled-Components
#discuss #css #javascript
How do you like my resume?
#showdev #discuss #html #webdev
How to have a meaningful weekend as a programmer?
#productivity #javascript #webdev #career