I know this post is about the last year, I would like if you want a 'Visualizing Hacktoberfest 2019' :)

The objective of this event is to increase contributions in Open Source projects. If you make four pull requests to an Open Repository in GitHub, you win a free t-shirt and stickers.
GitHub hosted more than 96M projects in the last year. This included over 200M pull requests.
As someone who is creating visualizations at Scope.ink about productivity and the real impact of tasks in a repository, this is very interesting to me. I want to show you some interesting visualizations on this event and give some useful data 😃
Are collaborations in October increasing?
What I have learned making visualizations, is that in Open Source repositories the largest users don’t contribute more than three times. I think the reason for this being that after this user fixes the problem, they abandon the project entirely.
I believe HacktoberFest motivates people to collaborate.

So I decided to check how many pull requests were being opened throughout a year in some popular repositories:

Number of Pull Requests through 2018 in four different repositories

We can see that October is the top month for pull requests contributions. However, while making these visualizations, I found a case that shocked me:

Seeing the previous visualizations we cannot understand if those contributions were useful or not. First, we should look at how many were merged or accepted, understanding that these are the pull requests which have passed a review: 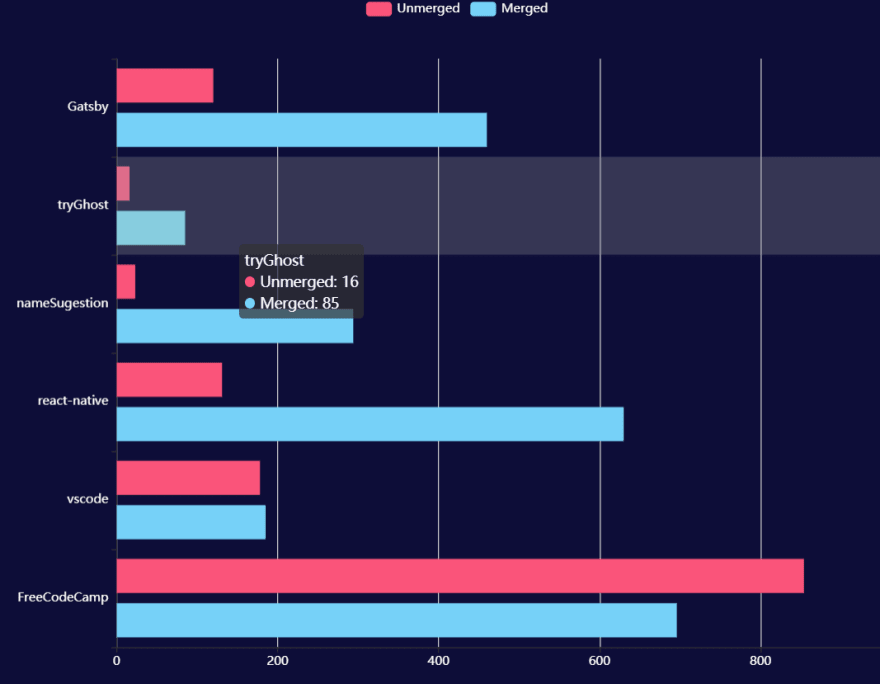 Unmerged and merge pull requests in the 2018 Hacktoberfest, some repos
But freeCodecamp remained the exception. So many pull requests remained unmerged or marked as invalid.

There were useless pull requests such as:

My theory is that freeCodeCamp made an article calling developers to earn a free t-shirt.
Not every pull request was useless
I think freeCodeCamp was a curious case. In other repositories, we have seen that the number of useless pull requests was not as excessive. In this visualization, we can see the modified files in 100 pull requests from the ghost’s repository. There is a great variety, which indicates to us that there were contributions of all types. 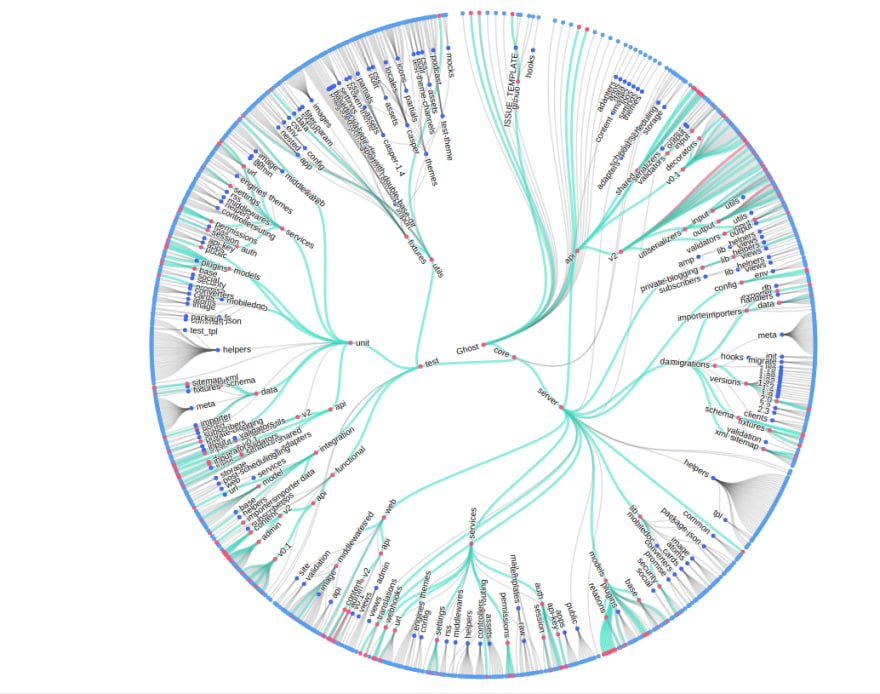 Are you forgetting how to code and programming concepts?

How I overcame my workaholism (with these 6 tips)