While taking data structures and algorithms course on Udemy, I was trying to implement what I just learned onto my Chrome extension project, because the main data of the Chrome extension was stored in an array inefficiently. However, I didn't know what is the best structure, and how I can make changes to the situation.

In this series of articles, we discuss implementations, the pros, and cons of each data structure so we can understand its features, and find out which is the best for the main data.

Here is the main data in an array as an example:

This takes time complexity of O(n) if we wanted to edit/delete each data.

Today we are going to discuss binary search tree and if we can implement it for the main data.

As there is 'tree' in its name, the binary search tree looks like a tree if we visualize it. 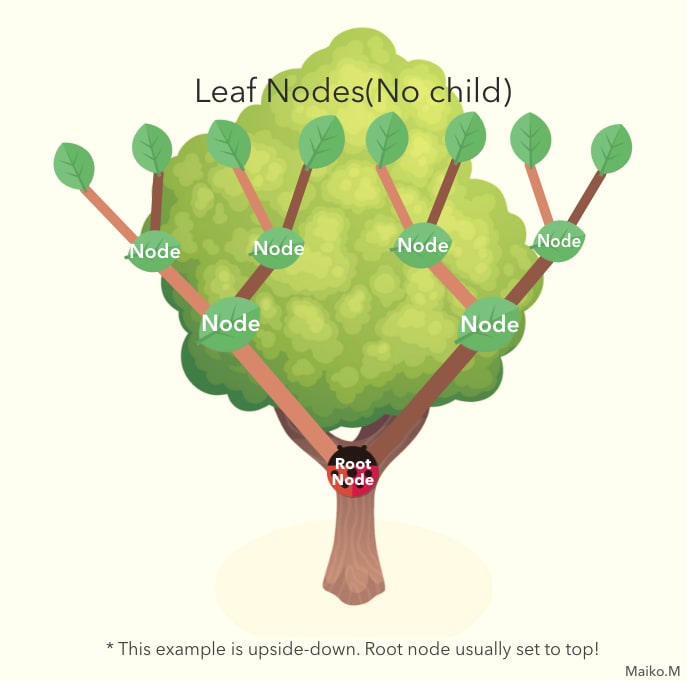 Binary search tree is a special case of binary trees that each node can hold 0 to 2 children, but not more than 2. And on top of that, they are sorted in a special order. 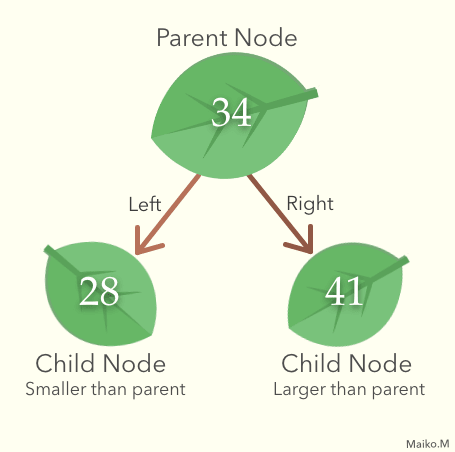 These features make binary search tree good at searching. For instance, when you want to find a node 23, you can start from the root node, and if it's not 23 and larger than 23, you only need to search left side of the root. 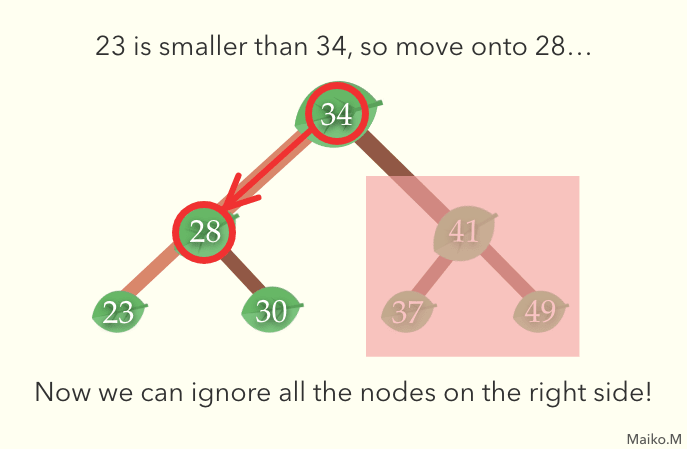 Firstly, we define Node and BinarySearchTree. Node has properties of 2 children, and they are defined as left and right.

To define a binary search tree itself, we only need to define root property.

Searching only cost time complexity of O(log n) because every iteration, you can get rid of half of the nodes in one go. In other words, even you have a double amount of nodes in the tree, you only need to add one more iteration.

To delete a node, we need to consider three situations and append different functions to each scenario.

As searching/insertion/deletion take O(log n) complexity, I thought it can be the best choice to implement to my Chrome Extension, however, there are situations to take O(n) for each method. Unfortunately, that could be the case for the project.

With a binary search tree, there is a case to be unbalanced depends on the situation. for example, if the smallest node is appended to the root node, the rest of the node only stored on the right side.

If sorted data was inserted one by one? It would actually be a linked list. 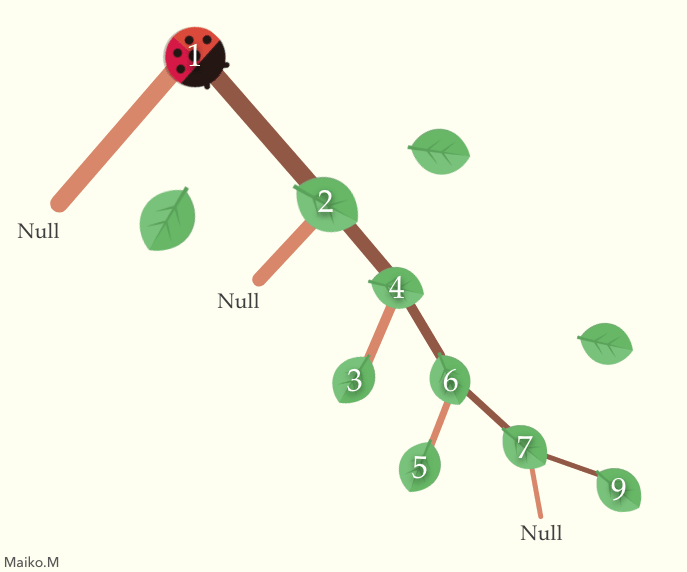 Therefore a binary search tree should be implemented with another method to keep the tree balanced, otherwise we may not be able to use the full potential.

I'm going to move forward to see if there's a better structure for my Chrome Extension project, but I'm going to keep binary search tree as one of the options.

How I Became A Google Developer Expert

Once suspended, maikomiyazaki will not be able to comment or publish posts until their suspension is removed.

Once unsuspended, maikomiyazaki will be able to comment and publish posts again.

Once unpublished, all posts by maikomiyazaki will become hidden and only accessible to themselves.

If maikomiyazaki is not suspended, they can still re-publish their posts from their dashboard.

Once unpublished, this post will become invisible to the public and only accessible to Maiko Miyazaki.

Thanks for keeping DEV Community 👩‍💻👨‍💻 safe. Here is what you can do to flag maikomiyazaki:

Unflagging maikomiyazaki will restore default visibility to their posts.