How often do you watch a movie or play a game and start to catch yourself thinking that the characters are playing real-life roles, only in a different setting? This is how the idea for this article was born. Today we have a look at God of War and one specific moment that connects to mentorship in IT. 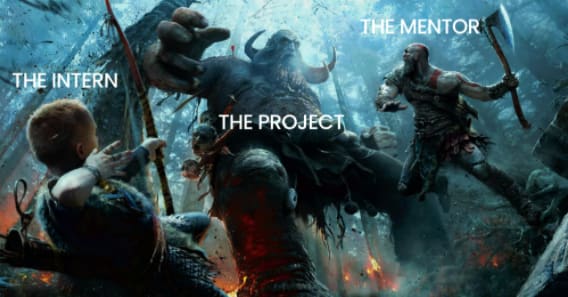 There is such a game God of War. In fact, this is one of the respected and famous games, and the main character Kratos is one of the most recognizable heroes.

We will not go deep into the details of the game. Otherwise, we risk going into such a jungle, from which it is impossible to get out without an abundance of information. In short, the protagonist Kratos is a Spartan warrior serving the Olympian gods. At the direction of the goddess Athena, Kratos must destroy the current god of war, Ares. Kratos agrees as Ares was involved in the murder of the protagonist's family. And on the way to his goal, there is a long and challenging path and meetings with different heroes who help him or, on the contrary, hinder him.

But in this article, we will not touch upon the very essence of the game but specific storylines.

All you need to remember now are the names of four characters: Kratos and his son Atreus, Freya and her son Baldor.

These interactions are significant because they are not so much about parental relationships but about the fact that Kratos and Freya act as mentors. They chose utterly different methods, which interconnectedly led to different outcomes to which their "interns" came. And these same methods can be superimposed on what happens when a senior developer and a just beginner, or a junior developer, interact.

Two paths of a mentor 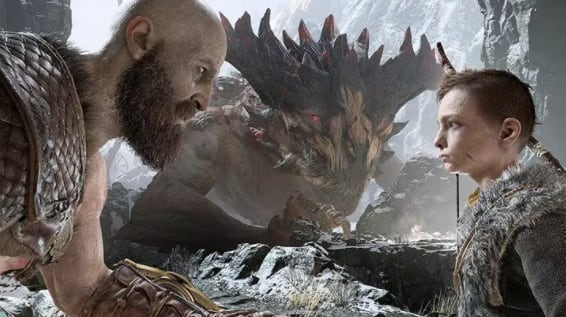 In this model, the two characters have an ultimate goal - to scatter the ashes of their wife and mother. We will not focus on how it happened and why. You will find out if you dare to beat the game. What is important is that there is a goal. If we draw an analogy with software development, then it could be deploy the code, complete the project. Kratos, as a mentor, understands the importance of experience and therefore allows Atreus to find and make decisions on his own. And only if necessary, he directs and corrects him. How does it manifest? Atreus is young and overconfident, so he inevitably makes mistakes. Kratos allows him to make mistakes so that Atreus experiences the consequences of wrong decisions firsthand but he invariably comes to the rescue. That is, the intern looks for solutions, writes his own code, and then the mentor analyzes and reviews the code to identify weaknesses and guide his ward. Through trial and error, they invariably go to the goal, gaining precisely the experience that is needed to fulfill their mission. The consequences of this method - Atreus realizes responsibility for his actions and understands all the consequences. And together, they cultivate such communication, which, like a flower, grows on trust and mutual assistance. If you are interested, they will achieve their goals. Kratos will allow Atreus to dispel the ash himself. He deserved it. It is a tribute and recognition. 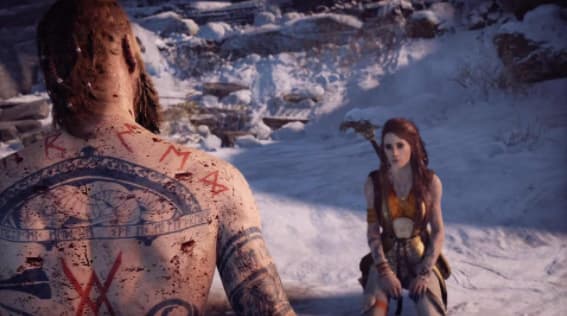 In this opposite model, we see the following situation. The ultimate goal of Freya and Baldor cannot be clearly stated. Freya is trying with all her might to protect Baldor from all possible problems, not allowing him to make independent decisions. Baldor does not even try to do them. This "intern" is provided with ready-made code, in which he does not fully understand which solutions were used, where they lead, why this particular architecture was used. The consequences of this model are Freya, who is head over heels mired in regularly rescuing her dependent and reckless ward to its sad end. Yes, you understood correctly, Baldor's path ends in his death. In the case of our topic about software development, this can be a career wreck, a product launch failure. And all because it is impossible to protect someone endlessly. Remember, there is no character development if he does not know how to make his own decisions.

There is so much wisdom to be found in a video game. Right?

Company internships vary. We at Mad Devs have been providing internship opportunities for developers of all levels for a long time. And the whole period for them takes 2 to 6 months. During this time, our interns learn practical knowledge, gain various experiences, and upon “graduation” may even become part of our team.

But what about mentoring itself - you ask. And we will answer you. We are more like Kratos, but definitely not Freya.

We pursue the idea that to get a person to develop, it is essential to give him challenges. This will save him from boredom and give him the motivation to go towards his goal.

If you look behind the scenes of Mad Devs internship, you can isolate the main thing - we do not interfere with the process, but only help and guide. What does it look like?

1. Interns learn to write code. Nobody examines the code under a magnifying glass. We are only waiting for the result - whether it solves the problem or not.

2. Interns write tests. And the tests themselves are the most important here since they help the code refactor.

Now, do you catch on to Kratos' behavior? Our trainees clearly see the "inception" of the problem, understand that it is only their logic and the algorithm of actions that led to this, and are trained on how to fix everything.

If we add an example from real life, then you can remember another example. There is a service that becomes popular when a recipe is delivered to you with all the ingredients for it (peeled and prepared) and you just have to follow the instructions. Convenient and fast. But do you understand why this or that spice is here? Not always. So it is in programming. You will be able to "prepare the code" and it will even work. But can you come up with a solution next time if you change some of the conditions? This is why the path that the mentor takes in your teaching is so important and determines so much in your future independent sailing.

Sometimes the plots of video games, films, and TV series reflect real-life aspects so capaciously and vividly that it is impossible not to devote an entire article to this. Using the example of the game Gods of War, we examined why a mentor and an intern is not an empty stage in life, but a model of behavior that can influence your entire path. Whether it's a battle with the gods themselves or programming. So, choose wisely the right path as a mentor and as an intern.