rav1e is an AV1 encoder written in Rust

Here a quick summary of what happened last month. I will try to write a recap every month.

We poured lots of work on improving the encoding speed, you may read some details of the journey:

The benchmarks are prepared using speed-levels-rs.

The encoder is using the following settings:

The source file is Bosphorus from the ultravideo test sequences, the 1080p 10bit version is the 4k 10bit version scaled down, since it is not available on the website. 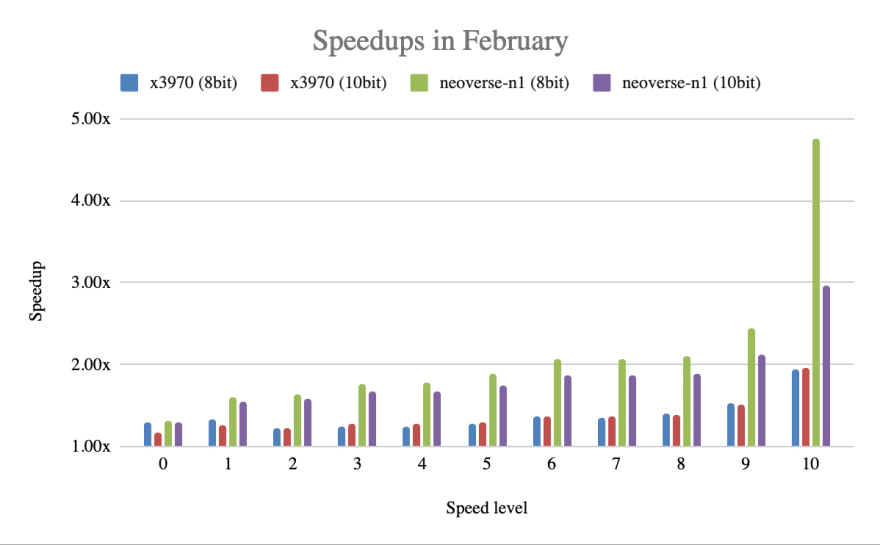 Overall our aarch64 support is getting fairly good, but there is still a lot of room for improvement on 8bit.

On the other hand there are 10bit optimizations it that aren't yet available for x86_64. Help in improving our SIMD coverage is very welcome :) 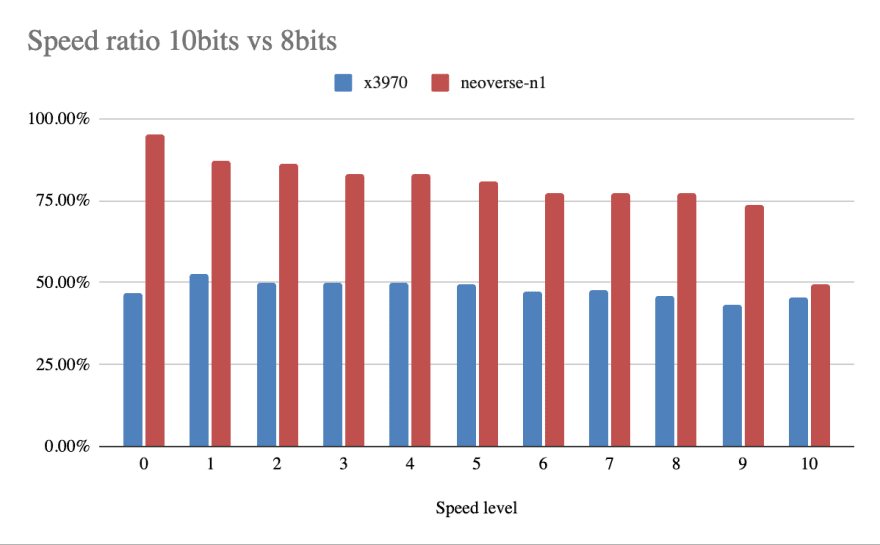 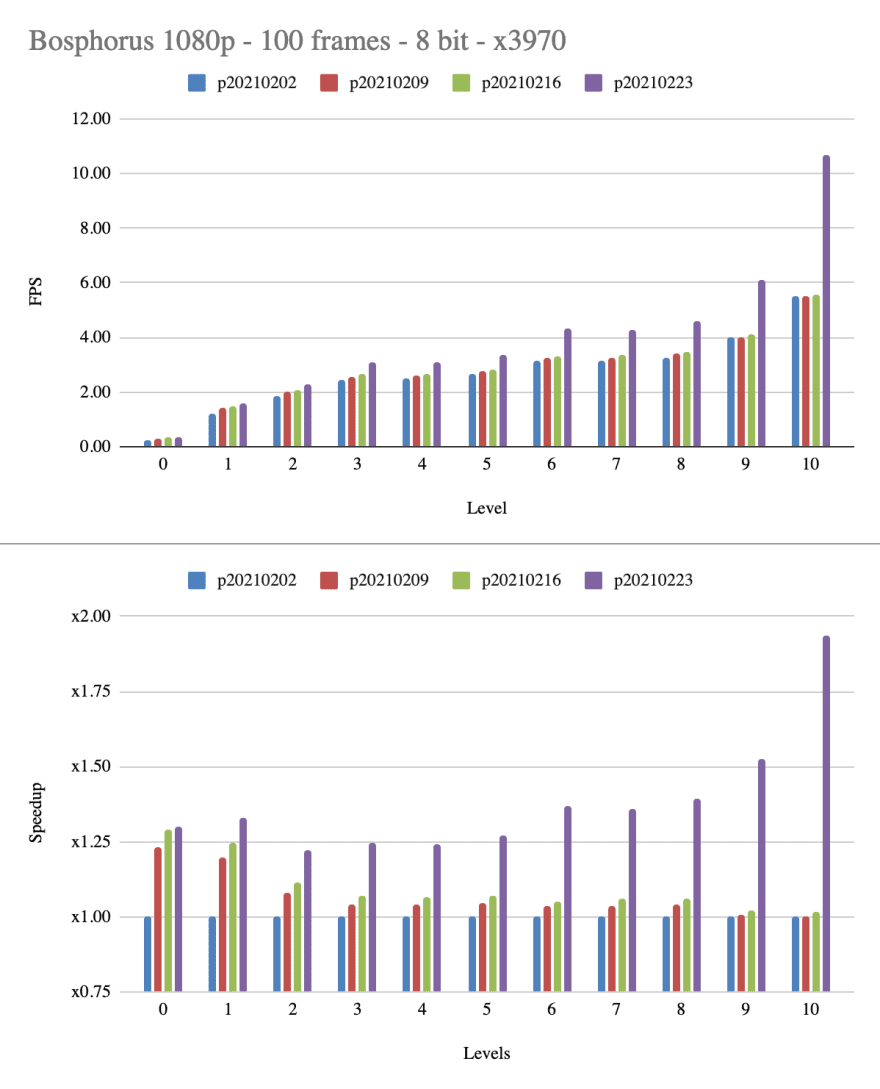 The x86_64 10bit encoding is behaving similarly. Our SIMD support for it received a large boost in January and there is an ongoing effort to improve it even further in March. 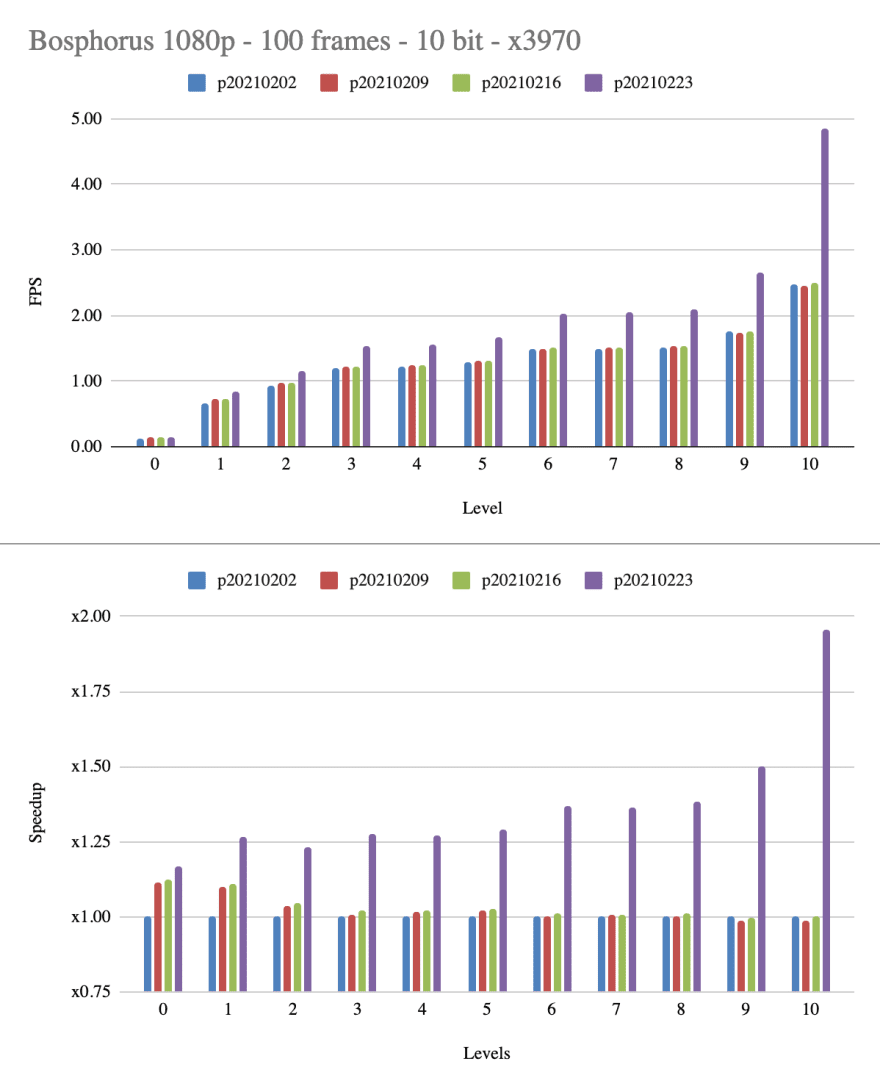 The impact of the optimizations on aarch64 had been more radical with a fairly large relative improvement on speed 10. 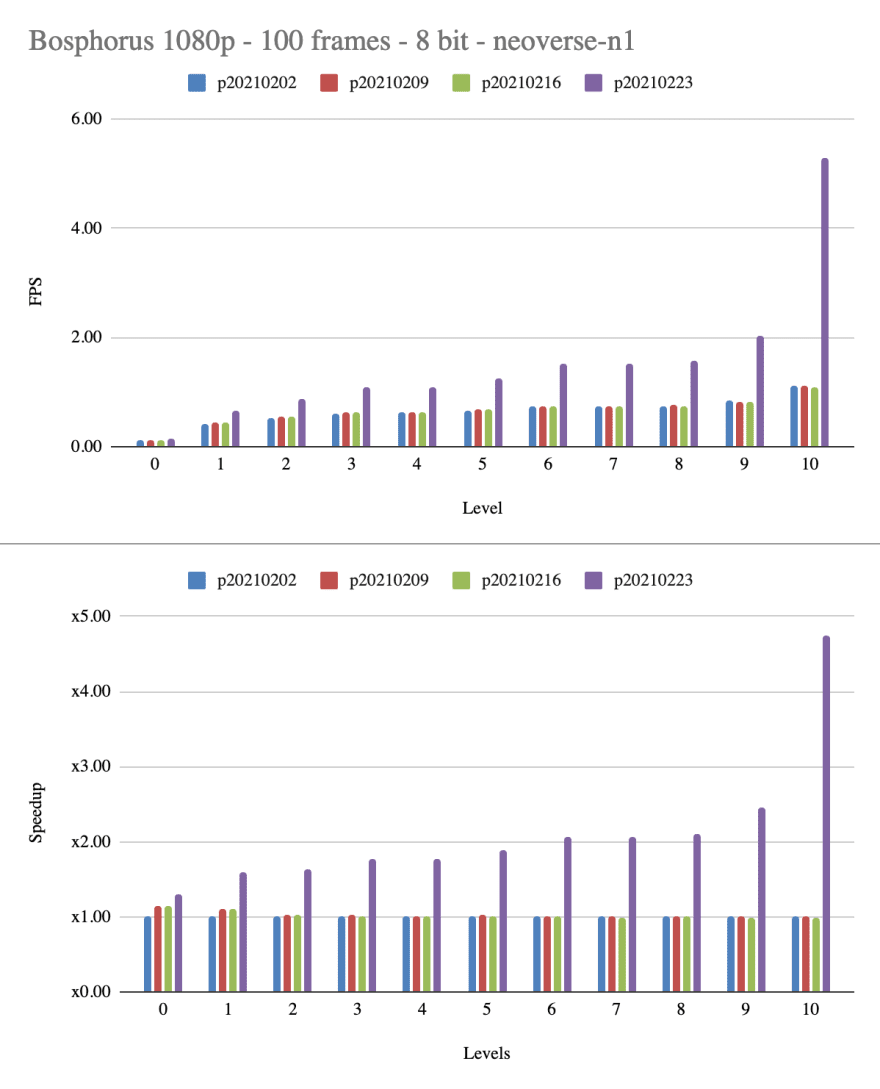 The 10bit boost is not as extreme, but still substantial. 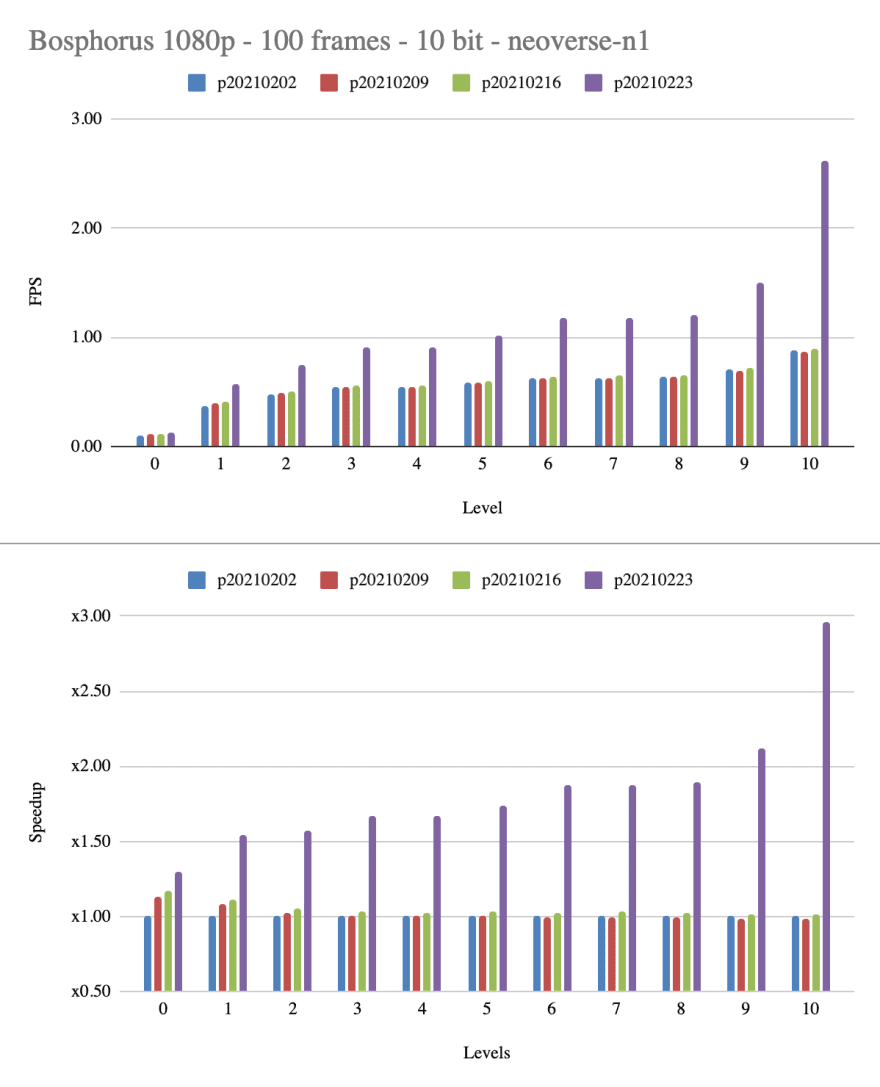 I tested on some different aarch64 systems to see if there is a large difference in its behavior. 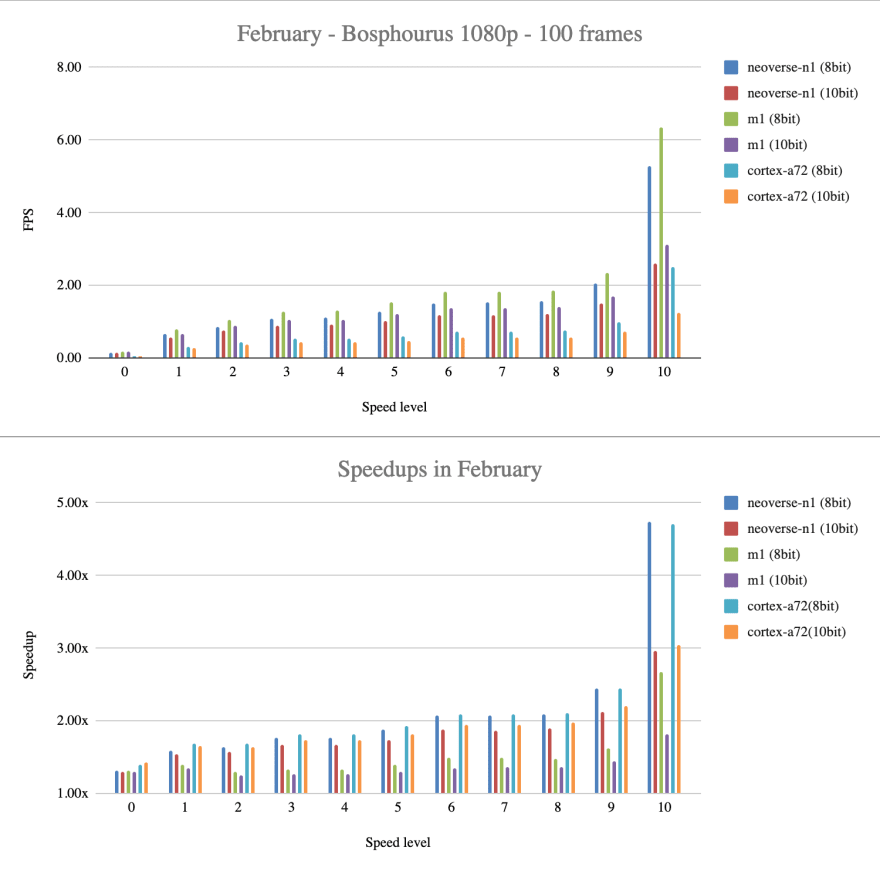 The Apple M1 is fairly different, but that's something I would expect. I will talk a bit more about it in other blogposts probably.

We already landed additional SIMD for both x86_64 and aarch64, David Barr started working on improving the segment selection and I have eventually came up with the internals architecture that would give us a better thread pool usage while not impacting a lot the overall latency.

March is going to be exciting.

How to get a job using Rust (and other questions)

Join me to learn to code in Rust

Once suspended, luzero will not be able to comment or publish posts until their suspension is removed.

Once unsuspended, luzero will be able to comment and publish posts again.

Once unpublished, all posts by luzero will become hidden and only accessible to themselves.

If luzero is not suspended, they can still re-publish their posts from their dashboard.

Once unpublished, this post will become invisible to the public and only accessible to Luca Barbato.

Thanks for keeping DEV Community 👩‍💻👨‍💻 safe. Here is what you can do to flag luzero:

Unflagging luzero will restore default visibility to their posts.