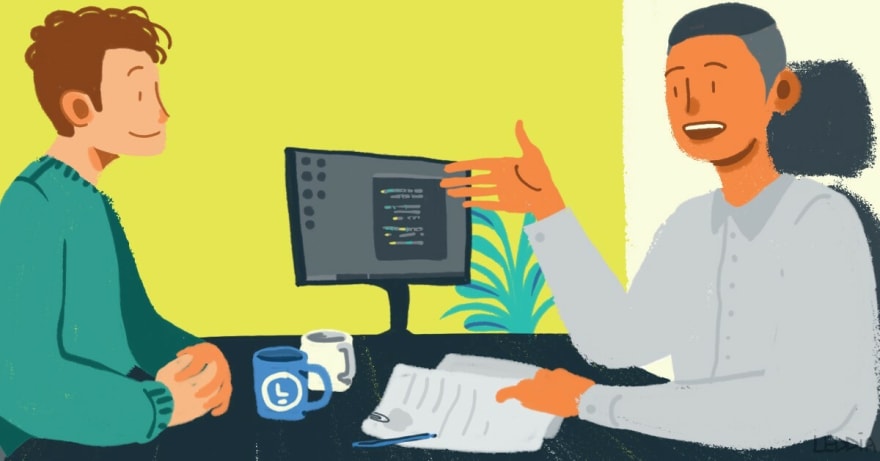 The most classic and famous way to perform this operation is to use the help of a helper variable to serve as a temporary shelter for the value of one of the two variables.

Below is the code that implements this method.

In Source code 1, we can see that there is a helper variable temp which functions as a temporary store of the value of the variable a.

But there is one cool math trick you can use to swap the values of two variables, which in this trick you don't even need any helper variables. The trick is that we will perform addition and subtraction operations in the variables that we will swap.

The way it works is as follows:

For more clarity, you can see Source code 2, as an implementation of this method.

In Source code 2, you can see that there are no helper variables to help with this swap process.

In Output 2, we can see that the results of implementing Source code 2 match our expectations that the values of the variable a and the variable b are swapped.

Congratulations, you've learned this simple and cool trick that you might be able to use to impress your interviewer or your lecturer.

First experience with EPPlus and WPF

Once suspended, luthfisauqi17 will not be able to comment or publish posts until their suspension is removed.

Once unsuspended, luthfisauqi17 will be able to comment and publish posts again.

Once unpublished, all posts by luthfisauqi17 will become hidden and only accessible to themselves.

If luthfisauqi17 is not suspended, they can still re-publish their posts from their dashboard.

Once unpublished, this post will become invisible to the public and only accessible to luthfisauqi17.

Thanks for keeping DEV Community 👩‍💻👨‍💻 safe. Here is what you can do to flag luthfisauqi17:

Unflagging luthfisauqi17 will restore default visibility to their posts.