If you are into C++, here is a piece of fresh news for you!

You can read a more extensive article on Medium.
Otherwise, find a summary below.

Carbon could serve as a successor language to C++.

One that provides a simple starting point for developers to a newer language that addresses contemporary development concepts like memory safety and generics.

The conditional is a must as the documentation itself says that Carbon is "An experimental successor to C++". 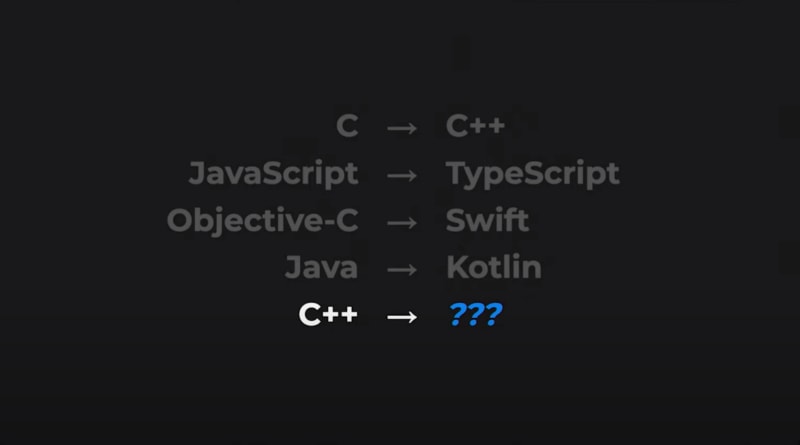 If you prefer watching the video and reading the material I used, here are some links:

What Are The Promises Of Carbon?

Starting from the difficulties experienced with C++, Carbon adopts a different approach.

Carbon wants to start from scratch including:

Carbon wants to be "a successor language […], rather than an attempt to incrementally evolve C++", carbon-lang.

For this reason, it gave up on transparent backward compatibility while remaining interoperable with and migratable from C++.

Carbon wants to be more inclusive by:

Below you can see a snippet from the example code on GitHub, with some simple comments from my side.

Fancy trying it out?

Carbon Explorer is "A prototype interpreter demo that can both run isolated examples and gives a detailed analysis of the specific semantic model and abstract machine of Carbon".

Here is a link to Carbon Explorer.

If you want to know more about why C++, Rust, and other languages are not enough read a more extensive article on Medium.

This is a collection of developers' feelings, posts, tweets, comments, etc.

This article wants to be an overview of the Carbon language.

It is still very early to judge and I am in no position to do that. However, it is super exciting to see a new project starting from scratch and moving the first steps.

If you are interested, you could contribute and be part of something that might become very big in a few years.

What are your thoughts?

Are you optimistic or skeptical of Carbon?

Once suspended, lorenzojkrl will not be able to comment or publish posts until their suspension is removed.

Once unsuspended, lorenzojkrl will be able to comment and publish posts again.

Once unpublished, all posts by lorenzojkrl will become hidden and only accessible to themselves.

If lorenzojkrl is not suspended, they can still re-publish their posts from their dashboard.

Once unpublished, this post will become invisible to the public and only accessible to Lorenzo Zarantonello.

Thanks for keeping DEV Community 👩‍💻👨‍💻 safe. Here is what you can do to flag lorenzojkrl:

Unflagging lorenzojkrl will restore default visibility to their posts.