Once in a while, on the weekends, I wake up with the urge to check out what new apps are on the App Store. And this past weekend, I stumbled upon Shortcuts.

Shortcuts allow you to integrate different apps and automate actions together. If you're familiar with Alfred, it is similar to Alfred Workflows. And how you build your actions and events is very similar to the scratch interface. Shortcuts was developed by Apple and it was previously called Workflow. Now you know why I brought up Alfred Workflows 😃.

So What Can You Do?

There are tons of things you can do with it. Here are a few:

You can find a whole list of Shortcuts that other people have posted on ShortcutsGallery. 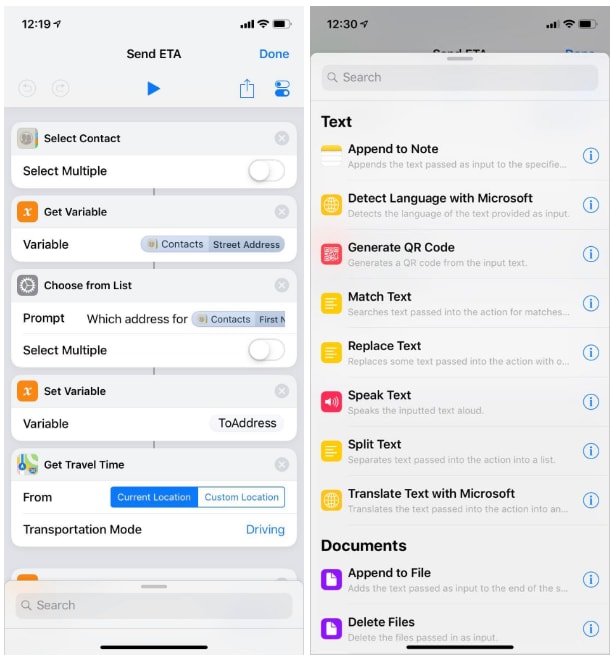 These are pretty self explanatory if you have some experience with programming. You can do everything from setting variables, using variables, asking for user input from an input dialog, or show input result.

What makes Shortcuts so powerful is that you can integrate with many native apps. This gives it an edge over IFTTT which mainly gives you access to other published apps. I personally use both IFTTT and Shortcuts to suit my needs. Customize what you want and automate those repetitive tasks!

Hi! I'm mainly here to try to get involved with the coding community and to learn from others. Follow me on my journey as an inexperienced developer to become a full-stack software developer.

On Expectation of Technical Blogging

David Moe
Hi! I'm mainly here to try to get involved with the coding community and to learn from others. Follow me on my journey as an inexperienced developer to become a full-stack software developer.
Xcode Debugging Techniques You Should Know
#ios #debugging #tools #tips