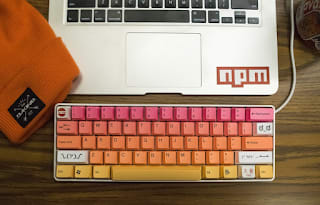 NPM a.k.a. 'Node Package Manager' is a registry of libraries for use in the development of javascript based applications. This is the default and largest package manager in the world.

The npm was originally invented by Isaac Z. Schlueter 11 years ago. Continued releases with the support of developers made a huge contribution in making npm the best version it is today.

NPM basically comes with the Node.js runtime environment and as a dependency. Many developers use Node.js with npm effectively to build apps quick and easily. Learning npm would be a big opportunity in the job industry as well.

The npm has its own multi-platform command line interface and it has many uses for the developer. To get npm cli we have to download and install Node.js. Click this.
The npm can be referred to this cli due to the distributed architecture of it.
The cli can be used to,

This part of npm downloads and installs the npm packages to Node.js development project when required.
First we need to initialize our app's package.json file.

You can also add the version as the value of package name.
Then we can run the command,

Then a folder with packages named as node_modules should be installed to the location the command used in (project root directory).
After that we can use the modules.

We are now ready to code with the aid of newly added dependencies. By using such efficient tool we can reduce the development and reduce time by without using external plugins.