This is a response to @antoomartini 's awesome article here, where she describes 4 ways to turn a string into an array: 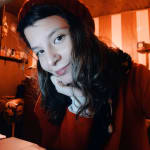 4 ways to convert a string to an array in Javascript

However, not all of the 4 ways work in the same way. We can see this when we try to use a string such as '💩', rather than a Latin-alphabet string:

To understand the difference, let's take a look at how each way works in turn.

String#split matches and splits on 16-bit units, as encoded in UTF-16, the internal string representation that JavaScript uses.

You can find what these units are by using string index notation, and you can count them using String#length:

As you can see, something weird is going here. That's because emojis, and various other characters, take up two 16-bit units (for a total of 32 bits) instead of just one.

Therefore, with String#split, they get split right down the middle, into those individual 16-bit units. The 16-bit units that make up our emoji aren't proper characters, so the JavaScript console displays them in Unicode escape notation (\uXXXX, where each X is a hexadecimal digit).

How does Object.assign work?

The Object.assign() method copies all enumerable own properties from one or more source objects to a target object. It returns the modified target object. (Source: MDN)

The spread operator (...) was introduced in ES6. With the introduction of ES6 features, JavaScript started getting smarter with its Unicode handling.

Instead of assigning properties, the spread operator iterates over its operand — in this case, our string. String iteration is done based on Unicode codepoints, rather than individual 16-bit units. Our friendly poop emoji is only a single Unicode codepoint, so we get the result we want.

As with spread notation, Array.from was introduced in ES6. It iterates over the argument passed to it, so again, we get the expected result.

Or, for another emoji-based example:

Here, it's because the emoji is actually composed of 4 Unicode codepoints, representing woman, skin tone 6, zero-width joiner, and computer respectively.

For a much deeper dive, I highly recommend Matthias Bynens's excellent article JavaScript has a Unicode problem.

Thanks for reading! What are your favorite Unicode tips and tricks or JavaScript Unicode gotchas?

lionel-rowe
Easily and safely escape HTML in one line
#javascript #html #webdev
How to create a null-filled array without [], comma, or the word “Array”
#javascript
`Proxy` all of the things! Part 1: Counters
#javascript #webdev

Once suspended, lionelrowe will not be able to comment or publish posts until their suspension is removed.

Once unsuspended, lionelrowe will be able to comment and publish posts again.

Once unpublished, all posts by lionelrowe will become hidden and only accessible to themselves.

If lionelrowe is not suspended, they can still re-publish their posts from their dashboard.