Anyone infected will recover with a certain probability. Once you are recovered, you are either resistant or you can fall back in to susceptible mode. Every state transition is described with probability ratios.

Agent-based models describe agents and their inner attributes and dynamics, as well as the interaction between agents. From this one hopes to study and understand the emergence of complex macroscopic system behaviour.

I use the abm_framework in Python for implementing agent-based simulation models. Its setup is illustrated in below figure. 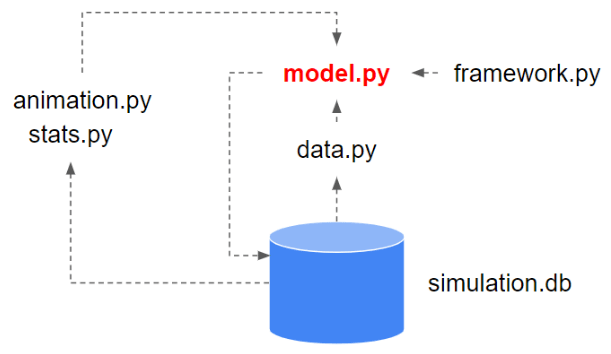 model.py is the application specific model. It consumes the modules provided by the abm_framework. I implemented the SIR model in Python that way. You can find the code here. The model has the following specifications: 5% initial infection, 7% infection risk, 3% recovery chance. Agents interact with a defined neighbourhood, with a fix radius. Infected agents can infect other agents within their limits of that neighbourhood.

Below chart summarizes a simulation run with the parameter settings described in previous section. 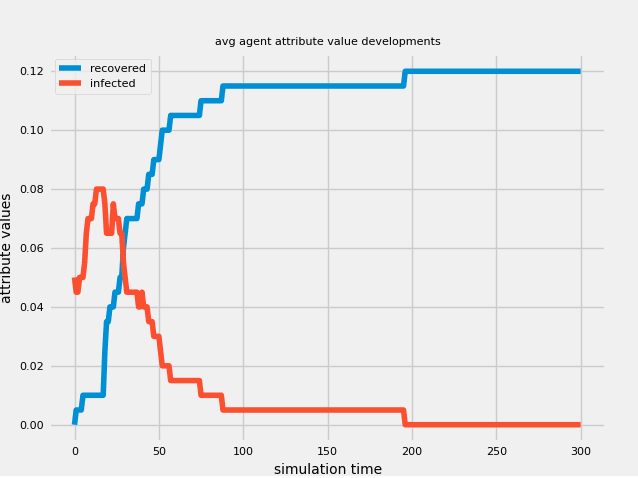 Recovery and social distancing (limited infection radius) end disease spread. Only 12% of all agents are infected.

Once suspended, linnartsf will not be able to comment or publish posts until their suspension is removed.

Once unsuspended, linnartsf will be able to comment and publish posts again.

Once unpublished, all posts by linnartsf will become hidden and only accessible to themselves.

If linnartsf is not suspended, they can still re-publish their posts from their dashboard.

Once unpublished, this post will become invisible to the public and only accessible to Linnart Felkl.

Thanks for keeping DEV Community 👩‍💻👨‍💻 safe. Here is what you can do to flag linnartsf:

Unflagging linnartsf will restore default visibility to their posts.