Last Friday, I was talking with my co-worker at my work. Just about work, you know. He told me he had to implement a server for serving his features. Although I didn't understand what he was going to do exactly, it sounded really interesting and I wanted to try. I got really busy at my company a couple of weeks ago, I've had to write a bunch of HTML. It wasn't technically interesting(I love my work but the work was almost the same in this release). I kind of got tired of that. I want to do something new. While I was feeling like this, I had a small talk with the coworker.

He was going to do

It sounds interesting, ha?, I decided to implement the system on the weekend. I thought it's going to be fun. But it's been really a long time since I used Python and Docker. So, I first had to learn these. During the weekends, I couldn't learn all the things, so that, I would use the minimum skills for implementing the system. If you're a python developer or working with the docker, it might be not in your mind at some points. Please, comment your opinion comment below. I'd love that.

Pipenv is a tool that aims to bring the best of all packaging worlds (bundler, composer, npm, cargo, yarn, etc.) to the Python world. Windows is a first-class citizen, in our world.
When I first use python a few years ago, I used conda or venv for managing packages. When I searched for package management, I saw this. It seems like npm, I didn't know there is like this tool. I thought it must be worth it to try.

Docker is a platform designed to help developers build, share, and run modern applications. We handle the tedious setup, so you can focus on the code.
As I introduced at first, this is the main in this post.

Flask is a web application framework written in Python. It was developed by Armin Ronacher, who led a team of international Python enthusiasts called Poocco.
To implement a simple API web server, I used Flask. there were other libraries like Fast API. Since I used to Flask a little, I went with Flask For reducing my hours.

This is the process that I'm going to implement.

I made two images and uploaded to my them repository in docker-hub.

A tokenizer and word-counting app.

For running the apps from the API server, I built both python files with below Dockerfiles.

This is the main code and it's kind of simple.

This app read environment variables from .env file, so you need to set up like this.
The below variables just fit my system.

You can run the server with this script

Before running this command, you need to set an environment variable FLASK_APP.
Since I was developing in Windows, I ran this command in api dir.

Let's send a file to the API server and see the result. 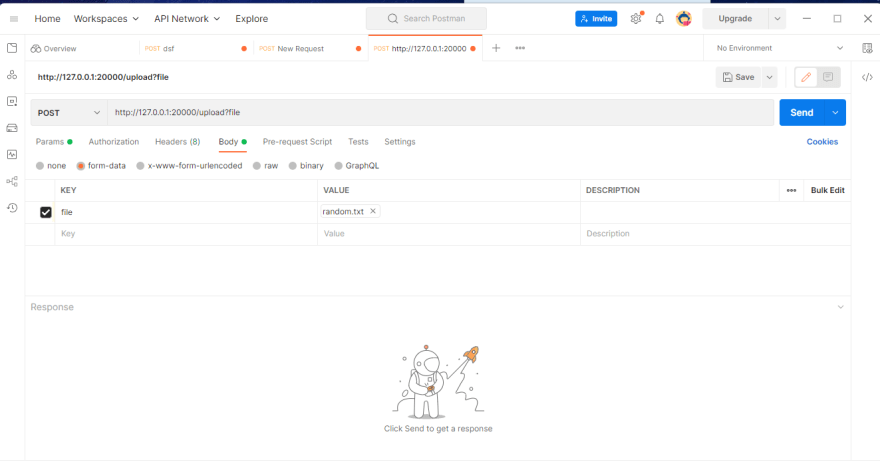 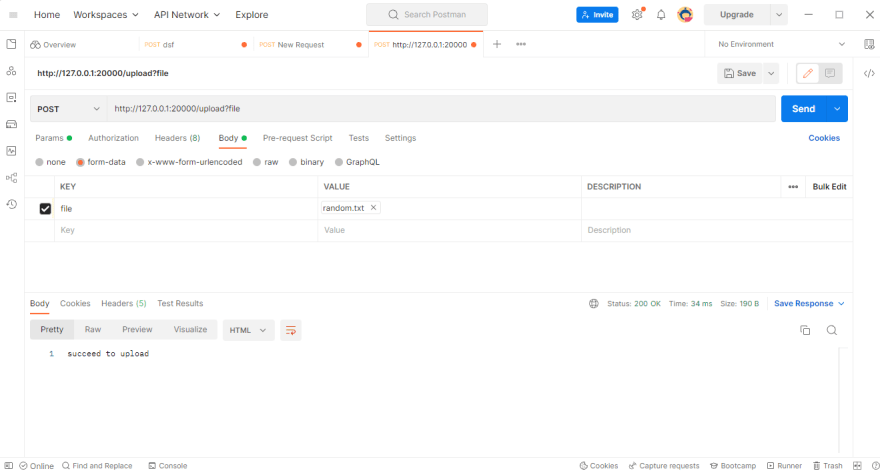 It was really fun. I've learned a lot of things.
Regardless of your position, I think It would be really good to try anything you're interested in.

This example is a really beginner level though, I mean.
It should've considered like

there are many things that I didn't mention and you need to consider. (I respect for backend developers) I was just focusing on implementing the system, If I tried to make it perfect, I couldn't write this article. Haha,, I have to go back to work tomorrow...

Anyways, it was worth it, it's definitely true :)
I hope it'll be helpful for someone.

Once suspended, lico will not be able to comment or publish posts until their suspension is removed.

Once unsuspended, lico will be able to comment and publish posts again.

Once unpublished, all posts by lico will become hidden and only accessible to themselves.

If lico is not suspended, they can still re-publish their posts from their dashboard.

Once unpublished, this post will become invisible to the public and only accessible to SeongKuk Han.

Thanks for keeping DEV Community 👩‍💻👨‍💻 safe. Here is what you can do to flag lico:

Unflagging lico will restore default visibility to their posts.