YouTube is testing changes in its platform that could affect one of the most classic indicators about the temperature of a video: dislikes. From their Twitter account they explained that these are some new design changes in which the amount of dislikes on videos will not be shown, but curiously the button will remain there.

At the moment, YouTube says that this will be a "small experiment" that some users may see during the next few weeks. However, creators will still be able to see the exact number of 'likes' and 'dislikes' from YouTube Studio. 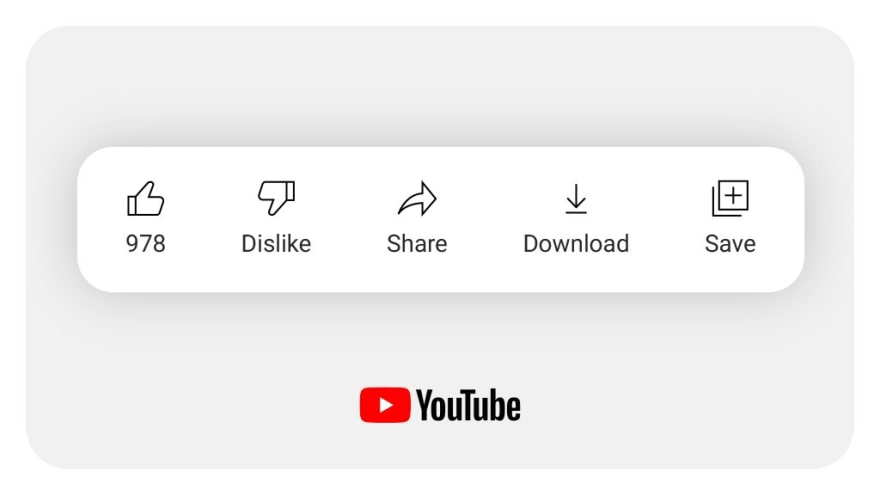 👍👎 In response to creator feedback around well-being and targeted dislike campaigns, we're testing a few new designs that don't show the public dislike count. If you're part of this small experiment, you might spot one of these designs in the coming weeks (example below!).

The equivalent of "review bombing" on YouTube, these are campaigns where users go en masse to click the 'dislike' button on a video. YouTube says it has implemented this change after talking to creators who have been victims of such campaigns.

However, if we look at the responses to the same YouTube tweet, the experiment doesn't seem to have been too well received. On Google's support website, YouTube explains in more detail that they have heard from creators that "public dislikes counters can affect their personal well-being", but some find it ironic that if it is for the well-being of creators they are now the only ones who can see the number of 'dislikes'.

It is also not easy to obviate that the video with the most 'dislikes' in history is a video from YouTube itself. The infamous YouTube Rewind of 2018 with more than 19 million 'dislikes', a video so hated by the community, that in 2019 YouTube decided to completely change the format, and yet users gave them back more 9 million 'dislikes'. In 2020, YouTube gave up and canceled the 'Rewind', claiming that "it was a different year".

YouTube says it does not plan to remove the button as such, and that using it will continue to work to "give feedback" to creators, or to fine-tune the video recommendations you receive on the platform. Those interested in providing feedback on these changes can do so through YouTube's help page.

I consider this measure being taken by YouTube to be the most absurd measure that can be taken. Lemme explain why:

YouTube has policies regarding not posting videos with sensitive content, including hate speech. But, not all responsibility lies with the content creators, the YouTube community can also generate hate. And this is where the so-called "haters" come in. It is well known by most (if not all) people who use YouTube that these types of people exist. Those who for wanting to get attention or for wanting to be funny, are impregnating toxicity to any video that is shown to them. Let's talk about one of its main tools: THE COMMENTS.

I do not consider that removing the number of dislikes will help to end the hate on the platform, since in many videos there are a lot of hate comments, comments that YouTube does not regulate.

YouTube says that removing the dislikes count will help the public image of content creators not to be affected, however, this itself is much more exposed with comments.

The platform's comments allow us to write anything. From inserting a link to a pornographic site to attacking the public image of the content creator through slander.

And I think the latter is what YouTube needs to mitigate. Hateful comments can be very harsh, both to a group of people, and to the creator himself. It is well known that words on the internet can hurt just as much or worse than words in real life. There are cases of content creators whose careers were ruined by hateful comments, and even cases of suicide because of them.

If YouTube really wants to eliminate hate, it should start implementing better policies on hate comments because, as they would say in my country: You do as you please, but what about the children?

If you liked it, don't forget to share it with your friends. Let me know your opinion in the comments, remember to debate with logical reasoning and respect. Take care and see you next time.

Accelerate Your Learnings With Web3Community and Build Your First Web 3.0 App