So, a pleasant surprise awaited me last Sunday. As is my usual habit, I opened my
GitHub account after breakfast to see if I've got any sudden spurt in traffic. And as usual, things were normal. Except for the blue notification, which was rare. I hoped it wasn't a silly pull request and thankfully it was a new issue that was opened. 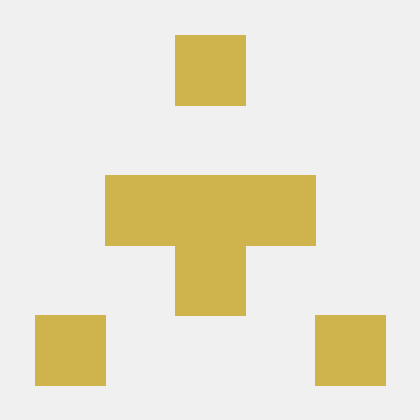 Submitting my solution for question 1 of ex13_regex_character_class_part2 results in the below:

But it is the exact same output I'm getting. I've even tried with the solution from .ref_solutions, without any luck. 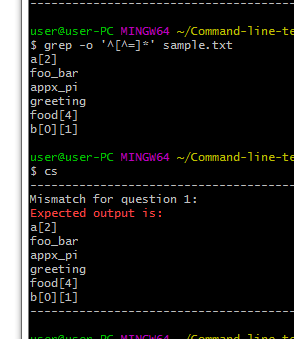 I gave the issue a cursory glance and wrongly guessed it was probably some line ending issue (user was on Windows OS). As someone who has seen plenty of bugs in previous job, I wasn't ruling out anything though. I first cloned the repo so as to try to recreate the working environment without possible interference from my local working copy. As the user had provided detailed information while opening the issue, I was able to quickly replicate it. Sure enough, I was seeing the same problem. I only wondered why it wasn't brought to my attention before. Either past users chose not to or things weren't interesting enough to reach that far in the exercises.

As I had written the solution checker script about 2 years back, the script looked alien. Right from cloning the repo, I had to fight the urge to improve things. By the time I spotted the issue, all such fantasies were thrown out. Replaced by a todo note to someday write automated testing script to check that my script is indeed working properly for all the exercises.

To put it simply, the role of solve script is to check if the previous command
executed by the user solves the current exercise question. To do so, the script
gets the previous command from history and compares the output of that command
and a reference solution present in the exercise directory. Sounds simple right?
Yeah, I thought so too. I do remember testing few cases before I first published it and no one had submitted an issue so far. So, why was it failing now?

As mentioned before, I thought it could be some weird line ending issue. But that was effectively ruled out as it was failing for me as well on Linux. Still, I did check for funny characters with cat -A. Nope, no issues there.

Expected output was same as output for submitted solution. So, why is the script failing? I remember passing the script through shellcheck but still checked it again. No progress. So, then I started by trying to debug the most likely culprit from terminal before trying to debug the whole script. Luckily, that turned out well.

Having a minimal failing case from terminal was a relief. I tried set -x but
that didn't light a bulb either. Finally, somehow I thought perhaps characters
in the output was causing the issue and when [] characters were not present,
the comparison worked as expected.

I did think quoting could be the issue, but dismissed it at first as both sides
of comparison had the same command. Then my recent experience from reviewing
Command Line Fundamentals book came in handy. I remembered that if quotes aren't used on RHS of comparison operator, it is treated as glob matching instead of string matching. Phew.

Always quote strings in bash unless you have a very good reason for not using them.

After adding double quotes around the command substitution commands, the script
worked as expected. I thanked the user for opening the issue. And then informed
the author for cli fundamentals book as well.

Overriding Armbian's "it is based on a dictionary word" during setup

Bash cheat sheet: Top 28 commands for you to learn 🤺