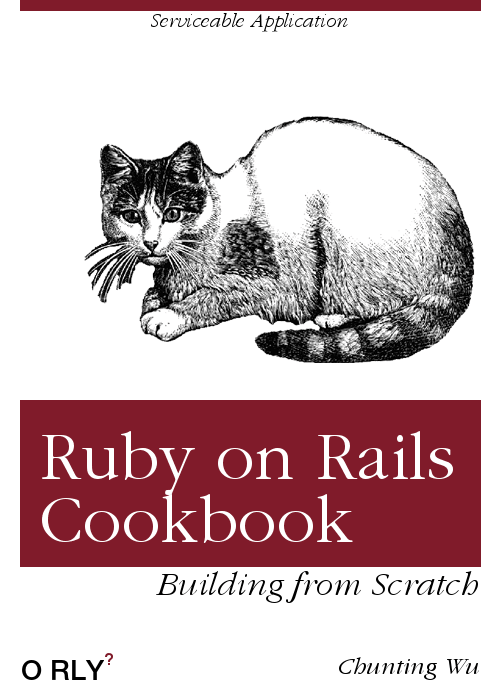 I have changed my job a while ago, so I will take some time to pick up the architecture and services of the new organization. However, in order to practice my English and take notes, I will still try to post as often as possible once a week, but the content will be different from the past, from an introduction to software architecture to my Ruby learning experience.

Because the programming language used in my new job is Ruby, and I have no experience with Ruby before. Therefore, this series will focus on the perspective of someone who already knows multiple languages and how to quickly get started with Ruby on Rails, not to write perfect Ruby, but to be able to quickly build a workable application. By the way, it's a bit like how I learned English, there's no structure at all, it just works and can be communicated anyway.

My work machine is a MacPro M1, so all operations will be Mac-based. M1 is also a very important keyword, and I stepped on several traps on M1, which will be described in a later article.

Because I need to install many versions of Ruby, I use a similar solution to nvm, rvm.

To install rvm on a Mac, we first have to install gnupg.

Finally, just install Rails. I know there are newer versions of Rails already available, but the resources I have on hand are based on 5.x, so I chose to install 5.2.8.

First, let me describe my goal. I want to make a simple web store with two objects, user and store, where the relationship between these two objects is a one-to-one mapping. Also, using MongoDB instead of the built-in SQLite.

Building a Rails application can be done easily with scaffold, which provides a fully resource-based, standard RESTful API.

Start by creating a project.

At this point, the application has been created and is working on the 3000 port. Connect directly to http://localhost:3000 and you will see the welcome page.

Next, we create the first model, starting with the user's first and last name.

The user model has been created so far, and if you connect directly to http://localhost:3000/users you will find out not only the API but also the basic UI has been generated.

We haven't even written a single line of code yet!

First, a non-resource-based route. I want to create a user count function, so I need /users/count. I'll attach the specific process directly at Github commit.

Generally speaking, what we need to do is to modify config/routes.rb and create a count of the corresponding controller and view.

Further is the resource-based routing, the concept is similar, also attached commit link.

For example, first_name and last_name must be present and cannot be blank. And gender must be one of male, female or others. Finally, age must be a natural number.

The most important change is in app/models/user.rb. In addition to the new fields, we also add the constraints of the existing fields. Of course, remember to run migration after modifying the model.

As you can see, adding an age is as simple as Github commit.

From SQLite to MongoDB

We have implemented a user model in SQLite, but SQLite is a local database and cannot be used for distributed systems. Therefore, we will adopt a standalone database and use MongoDB, which is more flexible in terms of schema, for the subsequent development.

First rewrite the model by removing ApplicationRecord and adding Mongoid with its fields. Next, we completely remove all the places where active_record and active_storage are used in the source code (which is not much).

There should be a few more articles to come on expanding this application, which is my first step into Rails.

I've experienced many different backend languages before, including Python, Golang, and Node, but none of them are as friendly as Ruby on Rails.

From this article, it's easy to see that building a "standard" RESTful API with Rails is very simple, and if you don't have any special needs, you don't even have to write a single line of code.

In fact, the APIs I have written in the past are not so RESTful, such as ${resource}/${id}, and then provide GET, POST and DELETE operations, such strict routing if not generated by the framework itself, I believe few people will fully follow.

But Rails provides a simple scaffold to make things easy, and even unit tests are built in, as described in a later article.

Although I took a few days to get familiar with Ruby and Rails, it still takes a bit of time to digest and organize, so let me take a few weeks to finish my thoughts on Ruby. But I have to say, Rails is amazing to me. I can see brilliant ideas everywhere, and there are a lot of design patterns in it. Although it was a bit painful to learn a new language and framework, I still got some insights out of it.

In One Minute : Elasticsearch

How To Add Multiple Language Support In ReactJS