No software can sustain itself in the market without testing — Do you agree? Yes? That’s cool! Testing is crucial in any software development life cycle. With an ever-growing rate of software products, do you know that almost 77% of testers have worked on projects related to web testing in the year 2019? With an estimated 25 billion Internet-oriented devices as of 2021, this percentage should have increased.

To fulfill the user’s needs and make the testing task easy, the term “Testing Environment” came into the picture. A testing environment is nothing but software and hardware configuration allowing testing teams to run perfect test cases. Do you want to enable test execution with the right software, hardware, and network configuration? A test environment is your go-to place.

What is Test Environment?

The test environment is used by the testing teams to check the quality and impact of the application before handing it to the user. It can test a specific part of an application using different configurations and data setups. It’s an essential part of the agile development methodology.

When you start learning about the test environment, you need to understand organizing the testing environment. The easiest way of organizing test data is through automation, and by building and deploying the automation in place, you can successfully manage environments.

Key Steps in the Testing Process

An environment that’s conducive to testing is a key component to ensuring the quality of test case executions. A stable test environment allows for dependable and consistent performance from the application under test and the testers themselves, as well as guaranteeing that all testers will work with a standard set of predetermined variables when conducting their tests. To achieve this type of test environment, several important elements need to exist in the test environment:

Let’s delve deeper into what is test environment elements. Various elements can be listed, and the elements are as follows. 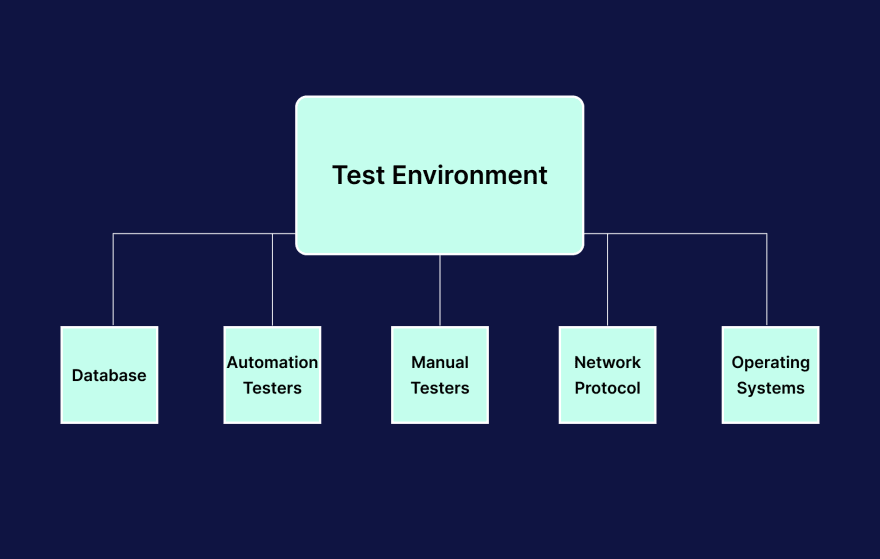 What is Staging Environment?

It’s a known fact that just because your web application has passed the staging environment successfully, it might or might not pass the production environment, especially during cross browser testing, where you render your web application across different browsers, OS, and devices. You would never know what bugs your customers would face until you enter the production stage.

Do you want to know more about automation testing? Watch our video:

Make sure you subscribe to our LambdaTest YouTube channel to learn more about cross browser compatibility, automated browser testing, and more.

Difference between Staging and Production Environment?

The difference, in simple words, means staging is the pre-production resembling a production environment exactly. What do we need to know further? Let’s take a look:

What is Test Bed?

Test beds are used to test rocket engines and in aircraft development for testing purposes. Physical facilitators are needed, and the software configuration binds up together and is treated as a test bed.

Difference between the Test Environment and Test Bed

The terms test environment and test bed are often confused as the same, but these terms do not refer to the same thing. It is important to understand their differences.

Test Environment: It is an environment that allows you to run the test cases according to the requirement of the user. It integrates the hardware (RAM, processor speed, and network configurations). Simply put, the test environment includes hardware elements and the software environment in which the tests are performed.

Test Bed: It is a configuration for execution or performance, specially designed for testing. Test bed contains test data used to verify the features and functionalities of other software/applications.

When it comes to testing, different types of environments simply help reduce software flaws and issues. Here is your answer to test environment types: 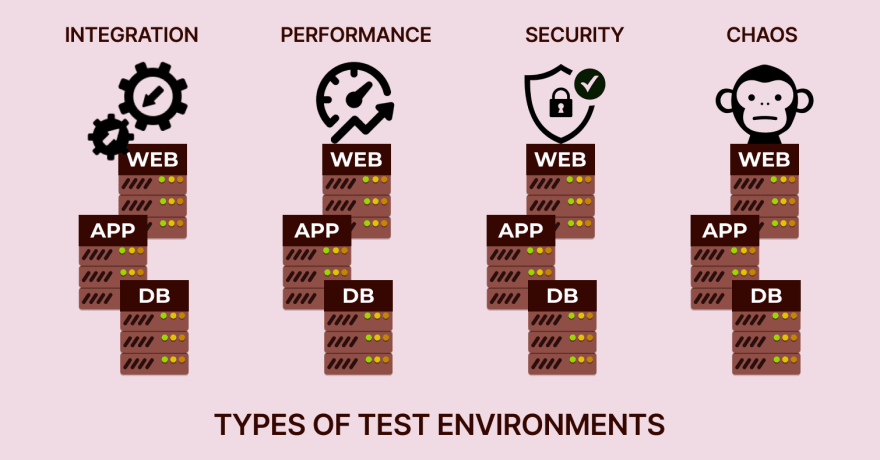 In this environment, you need to integrate the software modules. You can then verify the integrated system behavior. Several integration tests are used to check whether the system behavior is as specific as the user’s requirements. When you use an integration testing environment, you can integrate one, two, or many modules of the application and verify the functionalities through functional testing and the correctness of the application.

This environment tells us how well a system would perform based on its goals. The performance goals can be referred to as concurrency, throughput, stability, and response time. Performance testing is the ability by which a product’s quality or the ability to function in a required manner is tested.

As we all know, security is one of the most important aspects for the customer as well as the provider, so for this type of testing, not only the internal members of the organization but also the members from external organizations(who specialize in security testing) are hired so that the identification of vulnerabilities can be made more accurately.

To set up a good security testing environment, you must keep some points in mind, such as having an isolated test environment, never leaving the system unattended, and not touching the production data. If the system is left unattended for some reason, it should be protected by passwords so that the software is not accessible to anyone.

In this type of testing environment, The main aim is to find a specific area that can cause the failure of the application/ software before it leads to any negative user experience.

In chaos engineering and testing, after identifying the specific area that tends to cause the failure, the testers try to fix it and serve a well-functioned application to the user.

Challenges in setting up Test Environment

Test environment management requires an integrated approach. It’s quite apparent that there are many challenges involved, but let’s pick up the most vital ones:

Using a test orchestration and execution platform like LambdaTest eliminates the requirement for in-house infrastructure. It provides a cloud-based, reliable infrastructure for 3000+ browser and OS combinations. All of your tests may be run in a secure cloud environment.

When you delve deeper into what is test environment best practices, you need to remember a few of them without which a testing environment cannot function properly. Here is the needed list:

A test environment is a host/server that allows you to run the test cases according to the requirement of the user or software to be tested. It not only sets up the host but also integrates hardware, software, and network configurations. It is also important to provide bug-free functional applications to the user.

Hence, we can say that the Testing environment plays a crucial role in testing software/applications and is widely used by most testers and developers to provide a better and more satisfying service to the user.

Once unpublished, this post will become invisible to the public and only accessible to Swastikayadav.