Production failures in software are one of the most costly and time-consuming challenges a project can face. It is an incident in the live production environment where the end-user requirements don’t meet as expected. Therefore, it becomes critical to track the production failures since it defines how effective your testing process is. The priority of production defects specifies how quickly you need to fix the issues.

In our next incredible session of the Testμ conference, Vinayak Hegde — CTO-in-residence at Microsoft for Startups, and Mohit Juneja — VP, Strategic Partnerships and Business Development at LambdaTest talk about various techniques for reducing software failure risk in production by leveraging different technology and processes like code profiling, observability, static analysis, code coverage, and more.

So, without further ado, let’s dive ahead!

Vinayak Hegde started the session by talking about the software life cycle and its stages: code, build & test, deploy, and production. He mainly emphasized the code and production stage. 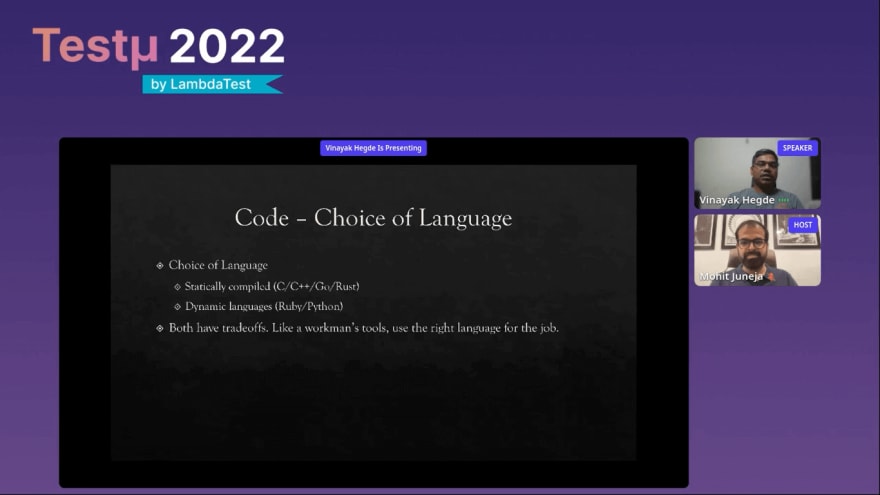 Vinayak lists down the five different things about the coding stage.

Vinayak then briefly touched upon the build and test stage, explaining the concepts like load testing, trace testing, and fuzz testing. He then talked about the deployment stage and its two steps: Canary testing and blue/green deployment.

Visit Us
How To Create Custom Menus with CSS Select
#tutorial #testing #css #webdev
Test Orchestration: What, Why, and How?
#webdev #testing #javascript
How To Implement A Continuous Testing Strategy For DevOps
#devops #webdev #javascript