Whenever we make something, we should consider whether it can be used for malicious purposes.

What about the other way around? Can we use something meant for malicious purposes be used for good (or not so bad) purposes?

Back when I participated in IPA's セキュリティ・キャンプ全国大会 2020, I learnt about BadUSBs and how they can be made to accept infrared inputs for remote keystroke control. This was a really interesting and fun course, and it got me wondering if we can use BadUSBs for non-malicious purposes.

A BadUSB is a malicious USB that acts as a Human Interface Device. This can be used to automate and inject keystrokes at lightning speed, which can allow the attacker to do many bad things (think of all the things you can do if you can control someone's keyboard!).

Since the keystroke injector can be used to type anything, I figured it might be interesting to use it to automate GatherTown game movements.

On my other blog post, I talked about using a bash script and xdotool to automate GatherTown movements. Unfortunately, that only works on Linux environments.

This time, we will be using Arduino to build a BadUSB. This will be independent of the OS, so this keystroke injector will have more use cases than using xdotool on a bash script.

Now let's get started on building a (not so)BadUSB!

Getting started with the Arduino Pro Micro

The materials used here are:

Next, we will use the Arduino IDE, which can be downloaded from here.

Create a new file, and we will use the following code to automatically type "Hello!" every 5 seconds. Try not to put anything under 5 seconds, as we will see what will happen in the next section.

This .ino file can be found here on my Github.

The following video shows the upload process and the demonstration. 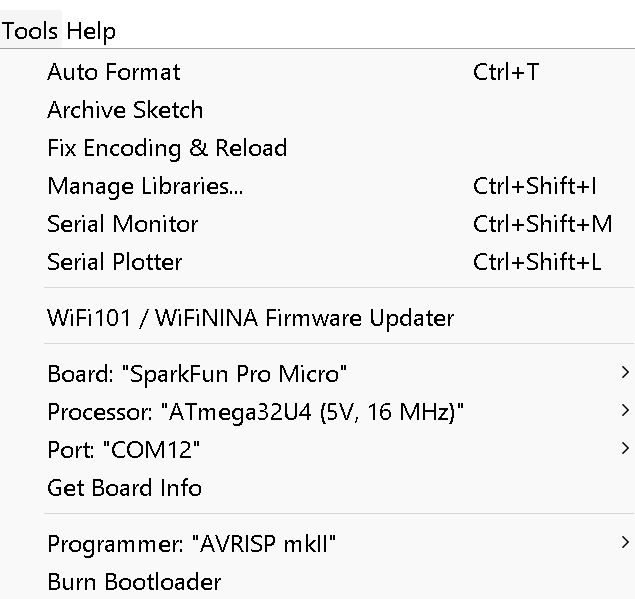 It is possible to use Arduino Micro/Leonardo as the device, but that will likely crash the bootloader and cause your Arduino Pro micro to become bricked. If it becomes bricked, the Arduino Pro Micro will not show up in the port selection, and upload will fail. In this case, the following error might be shown when you plug in your Arduino Pro Micro into a Windows Machine. 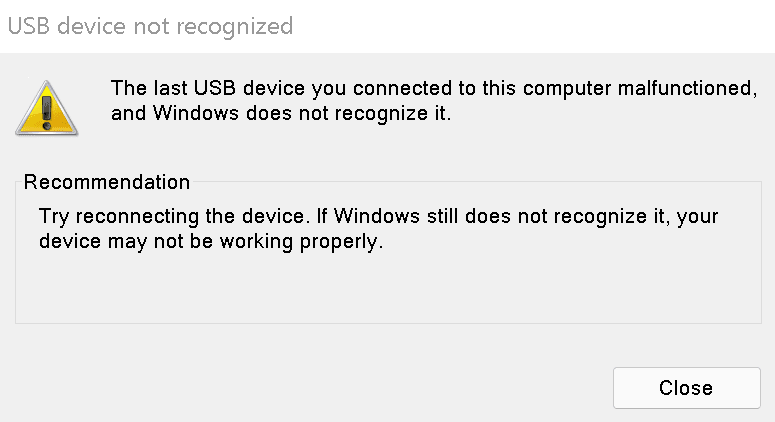 Suppose you accidentally type in a small number (under 1000) into delay(). This is a bit tricky to resolve, since the keystrokes will overwrite the program whenever you try to update the program, which will cause errors in the verification and upload process.

If you used Keyboard.println() that types a new line every time, type this into the top of the program so every injected line will be commented out.

The following video demonstrates this situation.

If we had a switch that allowed us to control whether the keystrokes are on/off, the keystroke injector would be much easier to handle as situations shown in the previous section will not happen.

We will be using a slide switch with three terminals. The following video shows how you should configure the circuit to use the slide switch.

In the end, your circuit should look something like this. 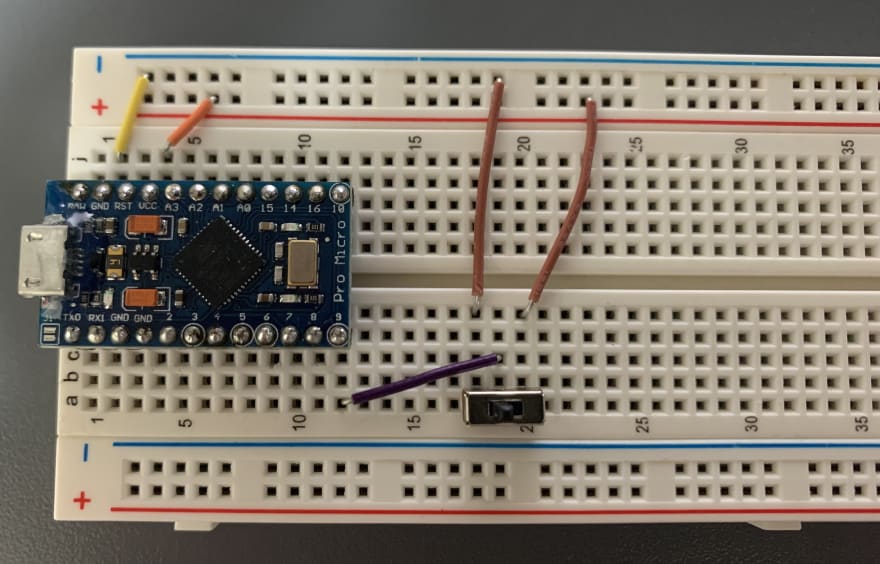 The simplified circuit diagram is shown in the following, 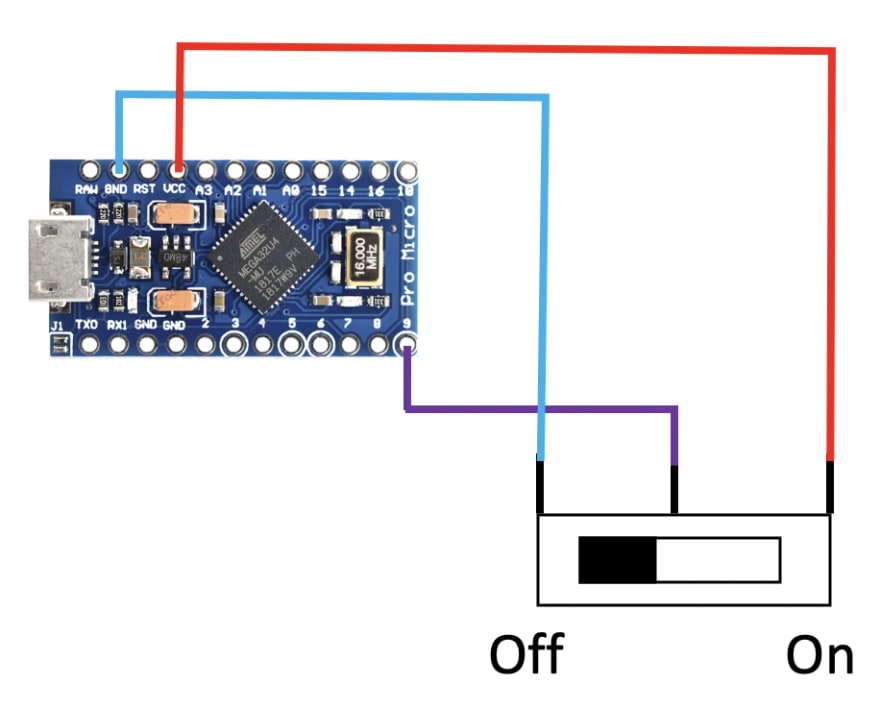 As we configured the switch to Arduino Pro Micro's pin 9, we will need to declare a variable called switchPin as ,

and setup this as an input pin using,

The state of pin 9 is read using,

To test this, we will use the following program.

This .ino file can be found here on my Github. Here, we are using Serial.println() instead of Keyboard.println(), which will output the results onto the Serial Monitor instead of the keyboard. The demo is shown in the following video,

In the loop(), we will first check if the switch is on/off. If it is on, we will generate the random numbers as shown below,

In GatherTown, the avatar will dance when you press the "z" key. As it doesn't require you to hold the key down to dance, we use Keyboard.print() to dance for 2 seconds with a likelihood of 1/200 as shown in the following.

At the end of the loop, we will release the "g" key if it was pressed using Keyboard.release(),

The full code can be found here on my Github.

The following demo shows what will happen when you upload this onto the Arduino, open up a text editor, and turn on the switch.

Finally, you can open up GatherTown and turn on the switch, and the demo is shown in the following video.

There you go! A (not so)BadUSB which can be used to automate your GatherTown Avatar!

Here's an example of the keystroke injector being used in Ubuntu's recovery mode CMD.

And here's an example of the keystroke injector being used in Window's recovery mode CMD.

There are many things you can do with this keystroke injector, so you can get very creative when making your own! You can attach other external I/O devices such as infrared sensors, motion sensors, etc. to control this BadUSB!

Have fun making your own (not so)BadUSB, and try not to break anything while experimenting!

Thanks for keeping DEV Community 👩‍💻👨‍💻 safe. Here is what you can do to flag lambdamamba: