In this tutorial we are going to be taking a simple Javascript application (source code taken from Docker) and running it in a container using Docker.

This is the first of a series of posts on containers. Here is a breakdown of what's to come.

2: Part 2 will look at building some persistent storage for our application using Dockeer.

3: Part 3 will look at taking our application we containerised using Docker and putting it into a local Kubernetes deployment using minikube.

4: Part 4 will look at taking our application and deploying it to an Azure Kubernetes Cluster and exposing it publicly.

5: Part 5 will look at adding an ingress controller and WAF in front of our application using Azure Application Gateway.

Docker has grown in adoption since it was first introduced in 2013. Docker engine is by no means the only containerisation technology out in the market. You can use open source tools such as Buildah or Podman to achieve the same results. Docker actually consists of a number of products however it is most commonly known for Docker engine.

The images we are going to be building are of file type .Dockerfile however these are actually OCI images. OCI or open container initiative is an open source governance structure for creating open industry standards for container formats and runtimes. What this means is that you can any OCI formatted image is generally transportable to any container runtime supporting OCI and not just Docker so you could actually run your image using the containerd runtime or a runtime that supports OCI. 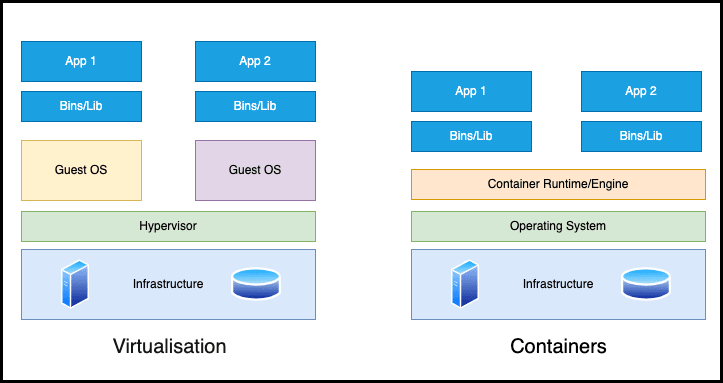 There are some tools required in order to put our sample application into Docker as listed below.

Putting our app in a container

The application we are going to containerise is a simple to do list built using Javascript. I took the sample code from the Docker docs any take no credit for building it.

1: Start of by creating a fork of my repository located on Github.

2: Clone the repository to your local machine by running Git clone

3: Navigate to the docker/app directory where you will see the Dockerfile for the application and the source code which we will compile when building the image.

Before we build the image let's breakdown the instructions in the Dockerfile. A Dockerfile is a text document that contains all the commands a user could call on the command line to assemble an image. These are what's used to build our image.

The image will take a couple minutes to build. Once it's complete we can check the image exists by listing our docker images:

We can see our image was built successfully and is tagged "latest". We can optionally use semantic versioning.

The -dp flag is telling Docker to detach the container and map the application port of 3000 to a local port on our machine and in this it's 3000. You can map the port the application is listening to on any port available on your machine.

Once suspended, lakkimartin will not be able to comment or publish posts until their suspension is removed.

Once unsuspended, lakkimartin will be able to comment and publish posts again.

Once unpublished, all posts by lakkimartin will become hidden and only accessible to themselves.

If lakkimartin is not suspended, they can still re-publish their posts from their dashboard.

Once unpublished, this post will become invisible to the public and only accessible to Martin.

Thanks for keeping DEV Community 👩‍💻👨‍💻 safe. Here is what you can do to flag lakkimartin:

Unflagging lakkimartin will restore default visibility to their posts.