Today were going to look at a Tailwind component that only Prose know about! 😂 Sorry I had to get that joke out of the way!

If you're like me and have been using Tailwind CSS for a while, even a very long time, you may still not have come across this amazing feature of the tool! I am speaking about the Typography Component and more specifically the set of Prose class elements. This collection of styling was built for large sets of HTML you may not be able to control. Maybe youve set up your website's blog using raw markdown text, or you're pulling in large amounts of text content from a CMS.

Either way, the Prose classes are here to help! 👌

Naturally, we will need an example so let's get a Tailwind based project going

Were going to use the Tailwind CSS Play tool. This will get us up and going fast and make sure youre environment is identical to mine. 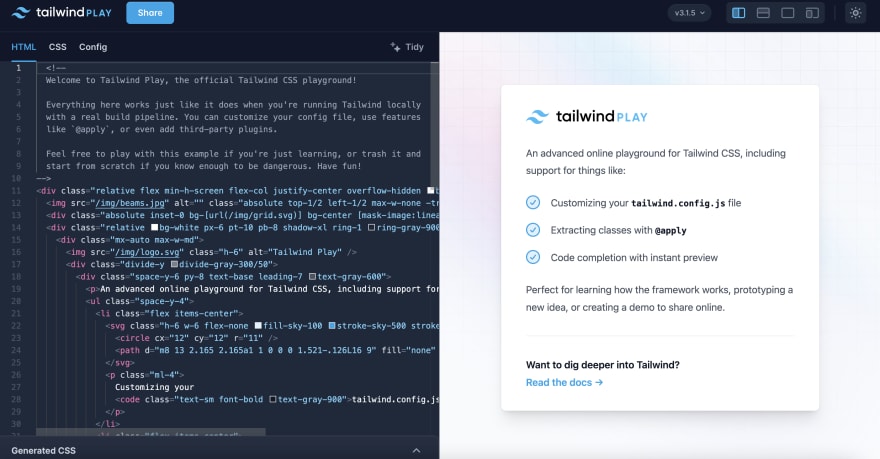 We will replace the default code with the snippet below. This is unformatted HTML from my latest blog post: 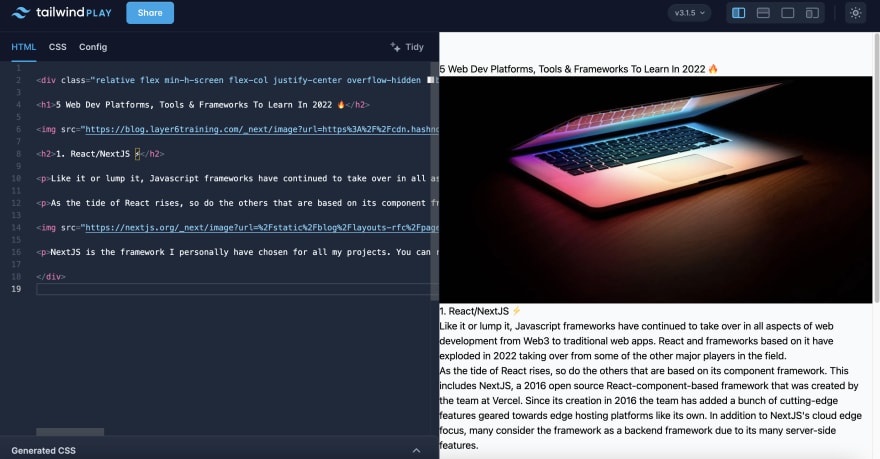 Not great right? Which were not surprised. And of course, we could just add styles like normal to each HTML element. But let's say you have a large amount of text, either from a CMS or just generally have a lot of static text content on your site. It could be very time-consuming to style by hand. This is normally one of the largest complaints hard-core CSS users have about Tailwind CSS. Not worry the Typography component is on the way!

So let's implement this.

We're going to need to add one small piece of code to our Tailwind config file. This would be the third tab along the top in our code session labeled "Config".

Add the below require line to the config tab in TailwindCSS Play:

Now were ready to go!

Up in the Article tag, we have an empty class element. Within the open quotes place the prose class.

and with this one class attribute added you can see weve gone from bland to wow! 🤩 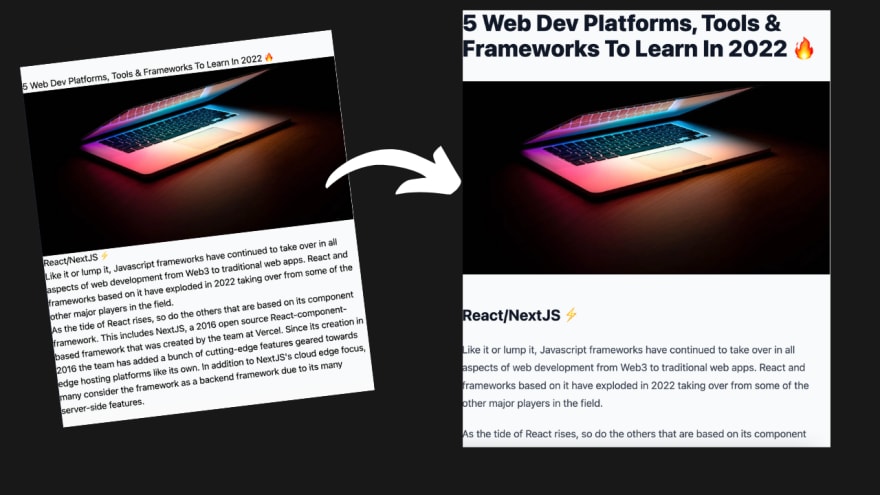 I know Im really hyping up simple text styles, and that we still have further to go, but this one-step feature can be a game changer for some.

What is happening Behind The Scenes?

So if youre curious about what is happening here the creators of Tailwind CSS have worked very hard to create this prose style that takes into account the most optimal styling context for these types of text tags. Almost giving you a one=click blog styling option.

We can take this a step further and this is where the real power comes in!

So let's say we like how this is looking but would like to style our images differently. Again, instead of going through our file and adding styling to anything with an "img" tag, or by creating a custom reusable CSS class, we can simply use the prose class syntax to style all "img" tags the same way.

let's say we wanted a slight rounding effect, we would add the following class:

Now our image and any others using the "img" tag will inherit this styling: 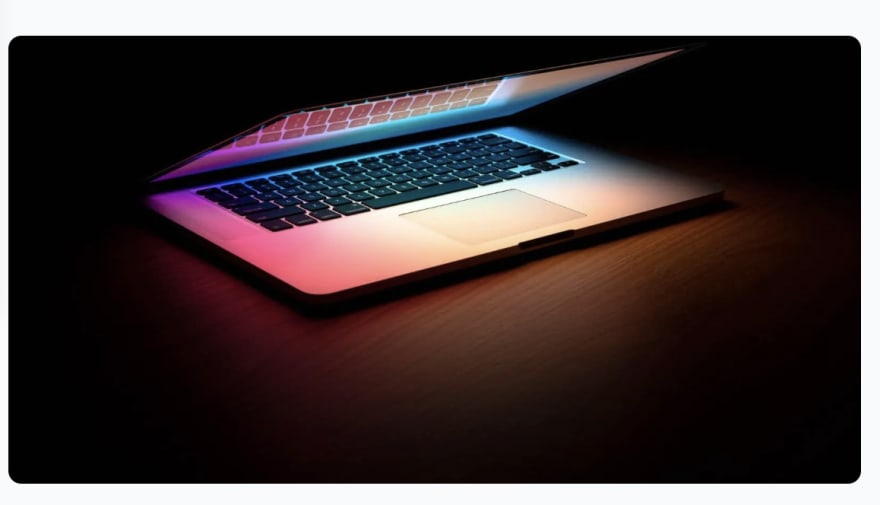 We can also target other HTML tags using this method, like our H1 heading. I think for this blog post I would like it to be centered.

But let's say we want to style all our headings in our brand colors. Instead of adding a class for h1, h2, h3, etc, we can use a general class attribute called headings. This will apply a color to all of the heading types:

Let's check in where we're at: 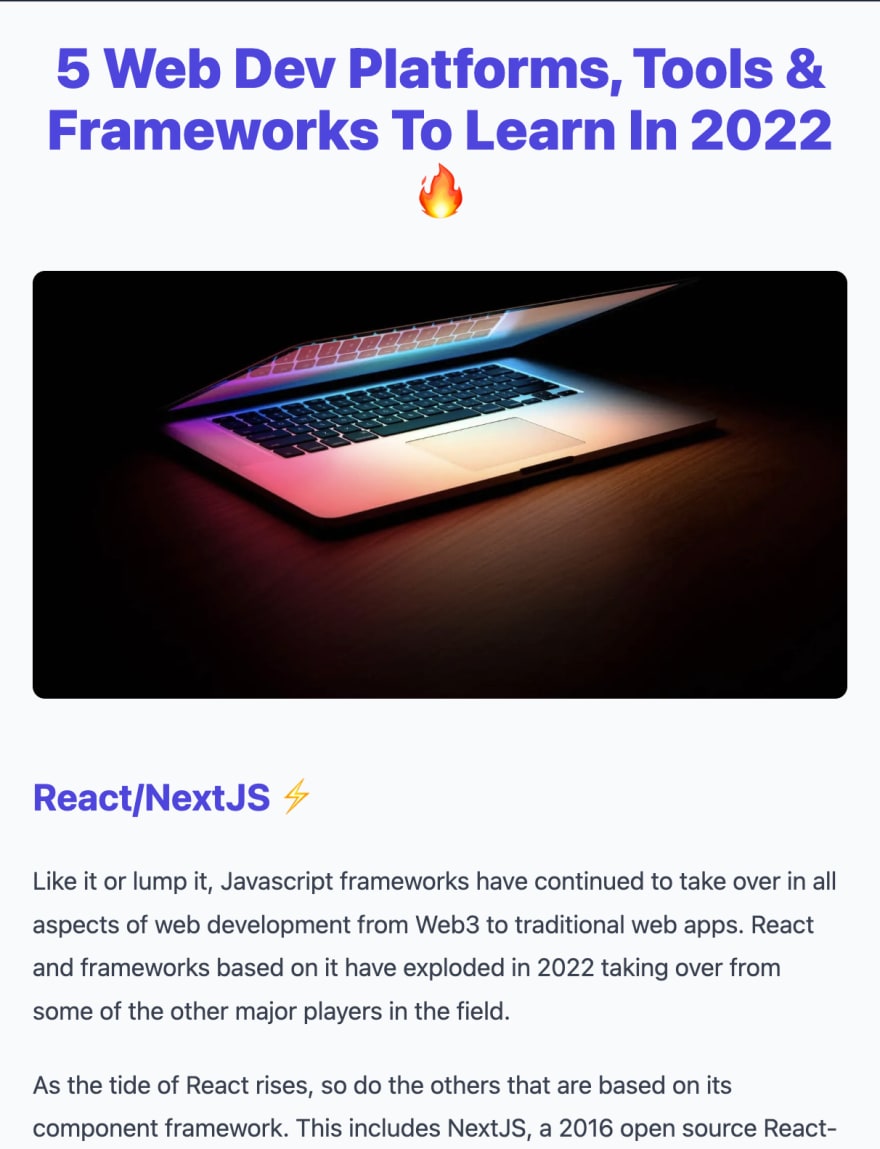 and now you can see with about 6-7 Tailwind CSS classes and one line of code we are able to style an unlimited amount of text/content.

Now just to cover the inverse situation. You may come across the scenario where you don't want to inherit the "prose" styling for whatever reason. This is also handled easily as well.

Simply use the "not-prose" class and add your styling as normal to that element!

And that's it! 👌 Now of course there is much more under the hood with this plugin and I encourage you to check out the official Tailwind CSS Docs.

If you enjoyed or learned something from this post please give it a like and consider following me for more! 🙏

Once suspended, kytechhosting will not be able to comment or publish posts until their suspension is removed.

Once unsuspended, kytechhosting will be able to comment and publish posts again.

Once unpublished, all posts by kytechhosting will become hidden and only accessible to themselves.

If kytechhosting is not suspended, they can still re-publish their posts from their dashboard.

Once unpublished, this post will become invisible to the public and only accessible to Kyle - Layer6 Training.

Thanks for keeping DEV Community 👩‍💻👨‍💻 safe. Here is what you can do to flag kytechhosting:

Unflagging kytechhosting will restore default visibility to their posts.