We developed Bullet Train with the belief that continuous integration is something that all development teams should aspire to. Feature flags and remote config can be a huge help to the achieving the goal of CI, especially into production. So, following this belief and to avoid being hypocritical we used its benefits to CI to develop the tool itself. 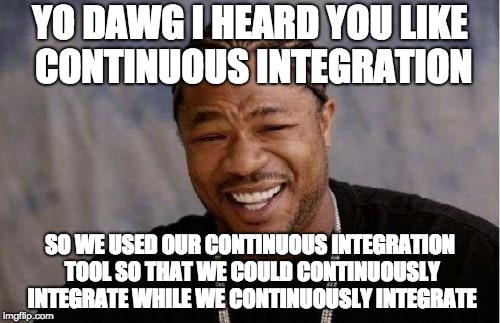 Bullet Train is an open source project that lets you separate releasing and configuring features from code. You can manage feature flags and remote config across several languages on web, mobile and server-side applications.

Using CI and Bullet Train is not all or nothing decision

Developers often consider taking the leap to continuous integration as an all or nothing decision, but it doesn't have to be that way. CI can be used at any point in your project using feature flags to roll out into production on a feature by feature basis.

A great example to demonstrate this is how we started to use Bullet Train on itself. We pushed out an initial Beta release in June 2018. Immediately following the release we started on a forgot password feature.

At this point the project was stable, we had End to End tests using Nightwatch that ran with every commit we pushed, so we were in a great place to start using continuous integration. These are the exact recorded steps we took to create a project and integrate the new forgot password feature with Bullet Train. 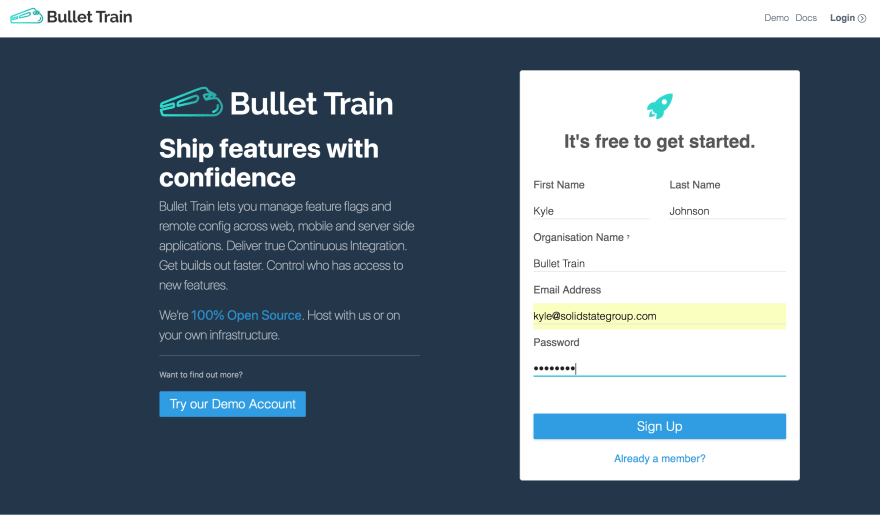 Step 1 automatically created an organisation called Bullet Train and added me as a member. The next step was to create a project.

As soon as I created the feature I was provided with a couple of code snippets to install and integrate into our code. 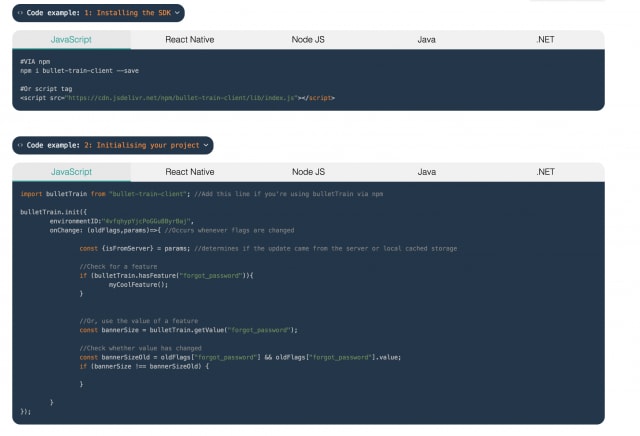 Of course, how you integrate it is up to you. In our case, we had a React application and a Flux store which broadcasted when feature flags changed. Finally, our homepage would show the forgot password link depending on what Bullet Train returned. You can see the commit for this process here here

Using feature flags meant that I could release this feature into production as is without holding up other development.

How does this help us?

People who are not used to continuous integration might be wondering: why didn't I just release the feature the way I normally would? Some of the reasons for feature flags being such a good approach:

What are some good questions to ask when you're inheriting a codebase?

When you are getting a project assigned that has a considerable codebase already, what are some good...

What Is React Native? The Rise of Hybrid Mobile Apps

Creating a React Native app in less than 1 hour