To say that these past few months have been off and on for me would be an understatement. I've had weeks where I'm hands on the keyboard for hours upon hours, and other weeks where I wake up at 11am, then look at the clock and suddenly its midnight. 🌚

While I do know that some of this is attributed to my 🦋ADHD✨, what I also know is that I cannot use that an excuse to be halting my own progress as a developer, as I have goals and expectations which I have set for myself, and my future employers will have for me.

So I'm going to do something about it 💪

I'm going to share my goals here, and track my progress on a daily basis (give or take a few days off as to prevent burnout). Self accountability, while powerful and important, can only go so far when your goals seem so far away.

So, what things do I want to IMPROVE

As a front-end developer, it's important to be able to be confident and comfortable on styling a websites.

When I first started doing web development, I struggled hard with CSS, I hated it, I burnt out of programming from it, so when I came back to programming, I chose to ignore CSS.

This wasn't a great decision, as now I am behind where I should be in my abilities to stylize a webpage.

I understand how to implement certain items on a webpage, but I haven't given myself the reps to feel confident in making something that I'm proud of show off to others.

Let me give you an example: 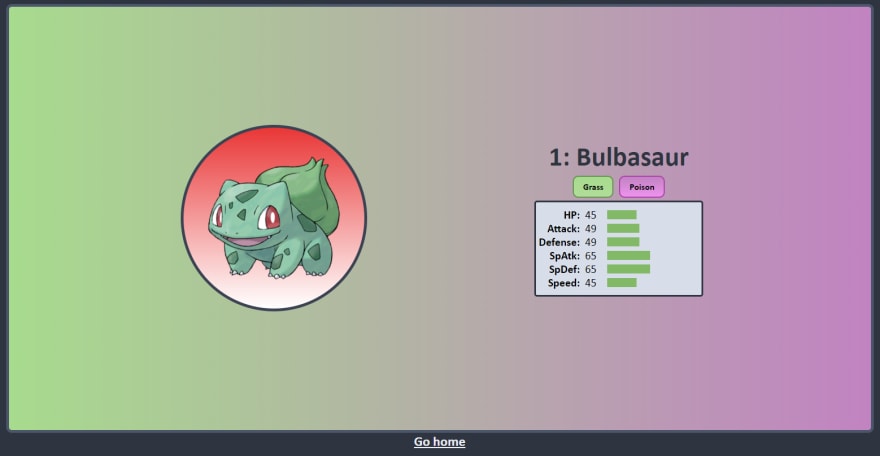 This is one of my apps. You can see the live implementation of it here. While the styling of this page isn't horrific, and I don't even think I would say that it is bad, it's definitely not something that I'm proud to be showing off to everyone. It feels basic, it feels a bit sloppy, the sizes feel odd, and while I do like how I have the colors of the background correspond with the Pokémon's types, it just feels... off. 😩

As one of my main projects that I have featured on my portfolio (which I also want to refactor the styling for), I need to hold myself to a higher standard if I'm wanting to be wowing people with my work.

Here is an example of something that I made with TailwindCSS that I'm pretty proud of: 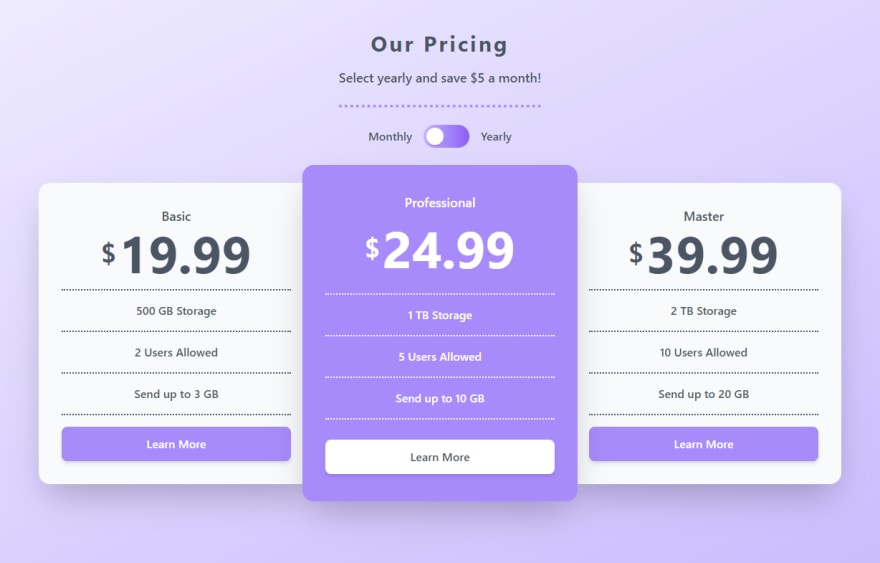 I feel as if this small CSS project really features my ability to be able to create something that looks clean, organized, and like something someone would pay me to create. However, I did this with TailwindCSS, and while I do love Tailwind, I need to learn how to create consistent stylized experiences without it.

I'd also love to learn styled-components better! This blogpost by Josh Comeau is incredible, and inspiring! 🥰 (seriously, check him out!)

Right now, I have only a couple projects on my portfolio, and the main one (the Pokédex one that I showed earlier), is buggy, and is far from optimized.

One common error that I, and others, seem to run into, is on a fresh page load onto the homepage. Once you've loaded a singular Pokémon (such as the Bulbasaur page from earlier), the rest of the Pokédex seems to load quickly and efficiently. However, in a new browser, it seems to choke up and never load the Pokédex, leading to an error being thrown. 😪

Not only is my error handling underdeveloped, it doesn't solve any problems! By just throwing an alert on the screen, it avoids the real problem and a real solution.

An employer isn't going to take the time to go to a separate Pokémon page if the home page doesn't even work for them. It's an unrealistic ask from me for them to do so. These small problems are things that I personally need to test better and focus on more. While this app was being developed, I never ran into this issue, as I wasn't ever obtaining these fresh loads, however, the problem does persist, so I need to take it into account.

Additionally, I've done a lot of learning since completing this application, it's not a reflection of my current abilities. I just haven't been focused on completing applications, but rather I'm in a sea of uncompletion. 🌊🦈

As I just stated. These past couple months have been in toil of not completing things that I start. I either lose interest in a project, or hit a roadblock which seems impassable, so I switch projects. 🧱

This obviously is detrimental for me, and my future employers wouldn't take kindly to this "quirky" trait.

I'm going to take more time to plan my projects beforehand. Find the structure in which they are going to be created, and then execute on those plans. I tend to run into issues where I have coded myself into a wall, where additional features to add are only achievable after a large refactoring of my already existing code. This isn't an efficient way to work, and its no wonder that I end up giving up on my projects (despite this being the worst decision no matter how hard it is).

So basically, I need to make it so my projects are cleanly coded, planned, and then the execution is writing down syntax and bug squashing 🐛. I've done this in the past, and it becomes infinitely easier to complete an application if you have the vision of the end goal before you start, rather than just starting and hoping the bridge will continue appearing before you as you create. (until it inevitably doesn't, and you fall off, whoopsie 🤷‍♀️)

I would also like to learn how to make my projects more TDD oriented. Jest is on my (albeit long) list of things to learn correctly, and by implementing this, I know that my applications will start to be stronger and more robust. 🏋️‍♀️

What is my end goal 🤔

Now, all of this is great, becoming a stronger developer is something we should all seek to be. However, not having a clearly defined end goal is only going to hurt rather than help. Giving too much flexibility, especially with my ADHD, makes it so instead of feeling more free, I feel constricted and stressed on having to make more and more decisions on a daily basis.

My goal is to create 3 projects for my portfolio, each one being something that is styled well, executes well, and was planned and completed to at least a MOP. After this, I want to update my portfolio with a similar vein.

But this seems like a LOT! How are you going to complete all of that, it seems like an unfocused goal

You'd be correct! This is merely the end goal for what I want to achieve, so lets split that up, like into one big ol' programming pizza 🍕👩‍💻

Which I'll cook up in the next post 👨‍🍳. I've got some planning to do!

KALI LINUX: Common Commands that you should know

From Video Games to Software Development