React Native lets you use the same knowledge base of React and you can do native mobile app development. It is a lot of fun 🐼 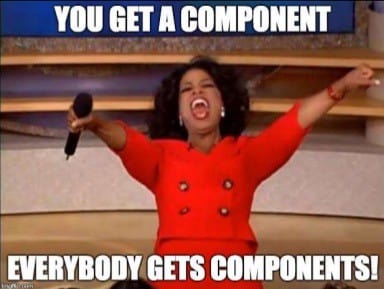 Getting a project together — Expo vs React Native cli ✨

There are 2 main ways to get a react-native project together:

Expo is basically an open source project built for newbies using Expo APIs to help build react-native and prototype apps quickly. You use the create-react-native-app to get started with Expo. It makes your project pure JavaScript and you never have to dive into the native code.

Once you are ready to release it to the app/play store, you can basically “eject” which generates iOS and Android bundle/folders. (You cannot release without ejecting). During this process, things can break when something is being converted to native code. Not sure about you but this makes me very uncertain. I don’t like when there is a lot of magic going on ¯_(ツ)_/¯. It is usually very hard to debug the root cause of it.

➕ You should be building your projects and verifying it on a device at the end of every story/task you work on.

I would suggest using Expo when you are new so you can learn how everything works although it’s risky while working with clients as debugging gets harder when something breaks.

For React-Native cli, you create a full-stack project by using react-native-cli init. It generates Android 🤖 and iOS 🍎 folders and files 📁 in your project right from the start which gives you so much visibility as a developer. There is no eject step as you get the project folders generated by default. You can do your builds right away and run it on a device provided your environments are up to date with the requirements. Unless you do something crazy this will work.✨

You use Flexbox flavour for laying out components on the page. If you don’t know Flexbox already, here is a great 🔗 link to learn from. React-native also provides native specific components such as Text, View, etc. You wrap the component usually in a View as View is designed to be nested inside other views and can have 0 to many children of any type.

Phones can rotate and if that is a requirement for your app then you would need to account for both portrait and landscape mode while writing CSS. 💄

I also suggest using Styled-components 💅 for more of a design system.

You are not coding 🙅 for the browser 🕸

Even if it feels like it, you are not coding for the browser 🕸 please keep this in mind at all times. While doing web development, your browser will provide the window object and you can easily access setTimeout 🕐 for example but there’s no native equivalent and you won’t know what happened.

Now, this might even work during a debug build where you might have hot reloading setup so browser might inject and it will look like it works. Although, it won’t on release builds as it does not have access to a lot of common web API’s. 🕸️

There are a lot of npm packages 📦 that keep web in mind while writing the package so again that might not work hence be careful before picking a package for your project. Look at their package dependencies too to make sure you are good to go. Most libraries are very good at documenting it and a quick Google search will tell you the same so do that first! 💯

Android 🤖 and iOS 🍎 both have storage equivalents so you can store data on the device which gets deleted when you uninstall the app.

React Native provides a very helpful API called Async Storage which does a good job of storage on both platforms. Just like you would use local storage API in a browser, you use AsyncStorage in the same fashion.

On iOS, AsyncStorage is backed by native code that stores small values in a serialized dictionary and larger values in separate files. On Android , AsyncStorage will use either RocksDB or SQLite based on what is available.

As a user 💁, I want to stay logged in after logging in once even if I close the app

You would want to use Async storage in this scenario. As user logs in using the login button, store the user info or token, next time they come back to check if the token exists and hasn’t expired and accordingly show them your main screen or login screen so they don’t have to re-login.

Remember this is a native application. There is a UI thread that is responding to gestures from the user. Now with async await, the program can run other code like gesture responders and rendering methods while the async task is in progress. Hence by using async await🕐, you can run your code concurrently🎉, for example:

As a React Native developer, don’t expect to never open Android studio (IDE for Android) and Xcode (IDE for iOS) as you most likely will. The more familiar you get, the better it is for you.

As a user 👩, I want the app to not rotate so that I have a better user experience

From a developer perspective, this means you want to lock your device orientation to only portrait mode. This is a setting that each platform has. You would have to make the change in androidManifest.xml for Android and a checkbox setting in iOS. 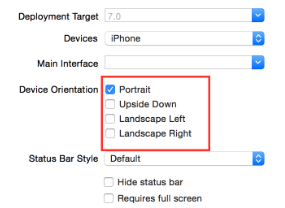 ➕ Tip: Always add “React Native” to your Google search, it will help you get better search results. 💯

Assets are your images, audio and video files but the most common scenario is images. I can’t think of an app without images 🤷.

As a user 👵, I want to see the company’s logo in the login background

Since we are targeting different devices iOS 🍎 and Android 🤖, the resolution for each device is different hence my suggestion would be to provide 2x, 3x images. React Native does a good job of picking the right image based on different screen densities.

By taking this approach, your app will look beautiful💄 and won’t pixelate.

React Native has tons of different libraries for react navigation. One of the most popular ones is react-native-navigation.

Even though the library is good and has many ⭐. I found that it wasn’t good for beginners as it requires some native specific setup. I personally had a hard time setting it up even though I have native development experience. It also has a huge learning curve for a JS developer hence I would recommend using https://reactnavigation.org/. This library took me 5mins ⏲ to get started and is very easy to use.

Debug builds are mainly for development and Release is for production i.e. App store 🍎 and Play store 🤖 deployment. During development, you are running a debug build where you have hot re-loading 🔥 and the ability to debug remotely. When you need to test it on a device, you need a release build.

When you want to run the app on your device in a non-dev environment, you need to run the following command that generates a release build for you Let’s take a look at an iOS example:

The React component lifecycle 🚲 correspond correctly to the Activity lifecycle in Android or Screen in iOS. As you usually build your React apps, you would do the same for React Native so fetching data before component renders in componentDidMount and so on.

Hope you found this post useful 💯 and it gives you a good understanding of how React Native works and how it corresponds to native development. 🙌

Once suspended, kulkarniankita9 will not be able to comment or publish posts until their suspension is removed.

Once unsuspended, kulkarniankita9 will be able to comment and publish posts again.

Once unpublished, all posts by kulkarniankita9 will become hidden and only accessible to themselves.

If kulkarniankita9 is not suspended, they can still re-publish their posts from their dashboard.

Once unpublished, this post will become invisible to the public and only accessible to Ankita Kulkarni.

Thanks for keeping DEV Community 👩‍💻👨‍💻 safe. Here is what you can do to flag kulkarniankita9:

Unflagging kulkarniankita9 will restore default visibility to their posts.