I referred this article about training a model for Tensorflow.js to make a model. I tested with the kangaroo dataset and tomato dataset on Kaggle. Both worked fine and the trained model gave me good predictions. I applied the procedure to my dataset generated by Blender.

Let's put a torus at the origin of the scene. I left the default point light and the camera as it was. 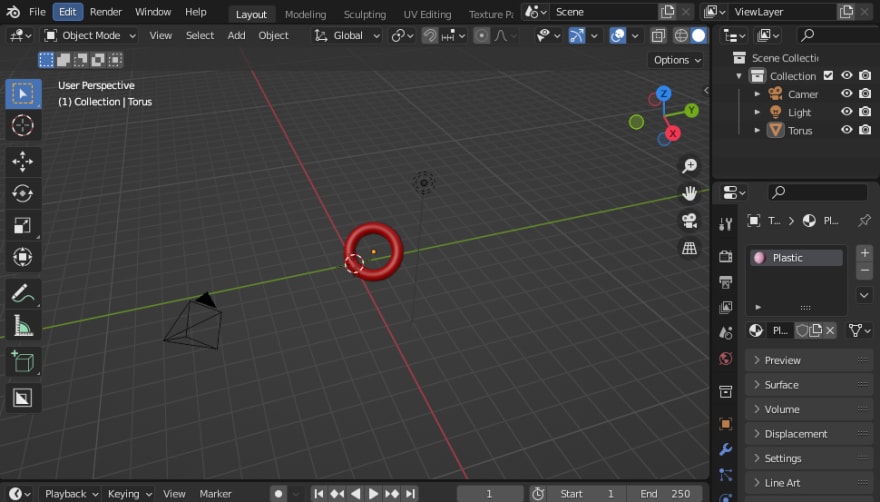 Next, go to the Shading tab and create a material. By default, Principled BSDF is used as the surface shader. I left as it is. As I talk in the next section, I changed the Base Color randomly in the Principled BSDF to set the color of the torus. 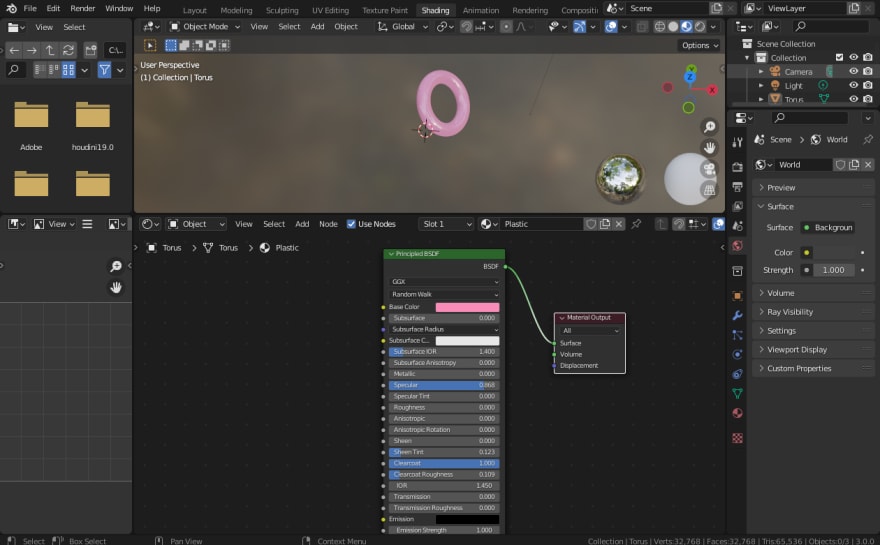 On Blender, we can write python scripts to control objects' properties, set up rendering parameters etc. I automated rendering images, moving / rotating the torus and changing colors randomly. After setting those parameters, I calculated the bounding boxes (x min, y min, x max, y max) of torus in each rendered images to generate annotation dataset for training and rendered images as inputs. I generated 600 images for training and 200 images for testring. Let me share a part of my script. (The full script is on Github. Thanks for a Blender forum article. I use the code on the article to calculate the bonding box.)

The followings are the example images and the annotation data 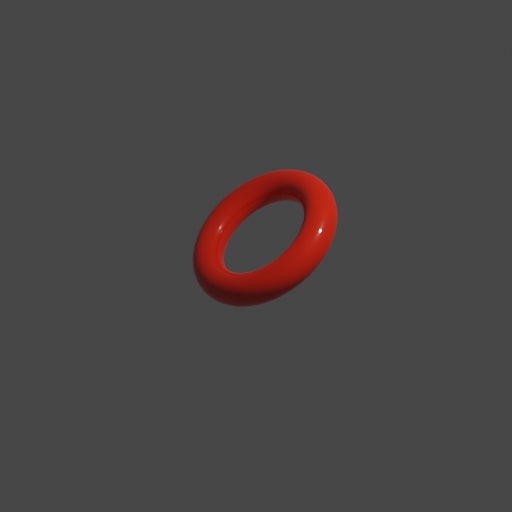 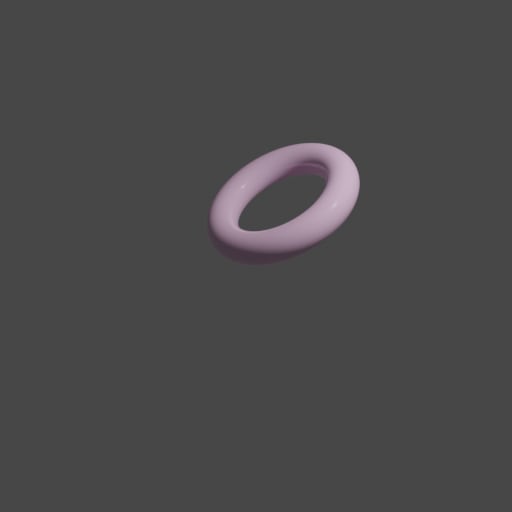 Training with the dataset

I do not explain the details of my training because the steps are written in the article I referred. However, I trained my models on my PC although the article is using Colab. My notes may help if you want to make your models in your local PC.

I used 1000 as the training step. First I tried 7500 as the same as the kangaroo model training in the article, but it was too much for this training.

With the 200 testing dataset, I checked detection results. Almost all torus are detected with confidence over 70% confidence.

However, the model did not recognized the torus in the images taken by my webcam (I took pictures of my PC screen with the webcam). I guess the training torus in the dataset is too clean comparing to the real world. I should include real photo image as the background and some noise, motion blur and so on in the dataset.

Once suspended, ku6ryo will not be able to comment or publish posts until their suspension is removed.

Once unsuspended, ku6ryo will be able to comment and publish posts again.

Once unpublished, all posts by ku6ryo will become hidden and only accessible to themselves.

If ku6ryo is not suspended, they can still re-publish their posts from their dashboard.