This is a brief note for developers to access Cloud SQL from Docker on Cloud Run.

I do not talk about the basics of Cloud SQL and Cloud Run in this article. Please refer the official documents.
Quickstart for Cloud SQL for MySQL
Deploying container images : Cloud Run

We need to add a permission to Cloud Run service to connect to a Cloud SQL.

Get your Connection name of your Cloud SQL instance. The format is should look like PROJECT-ID:REGION:INSTANCE-ID. 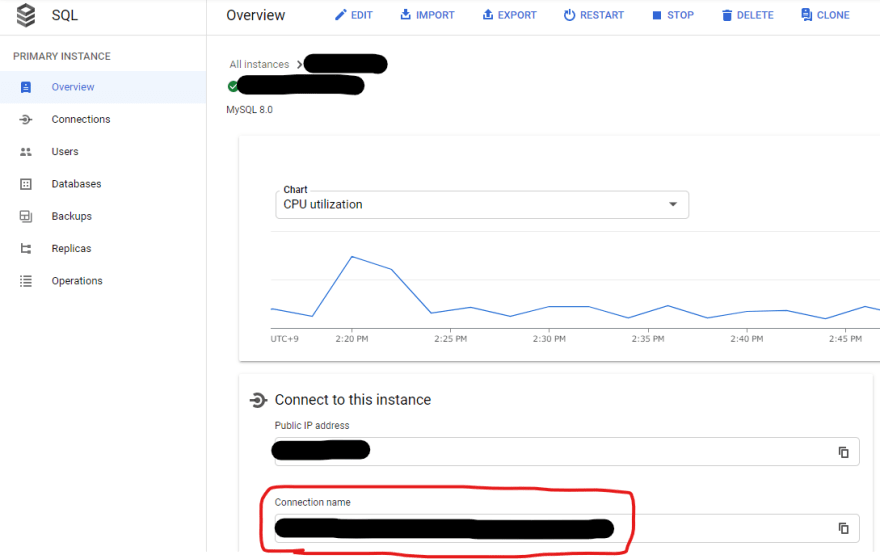 Set your SQL instance in Cloud Run setting page with your Connection name. 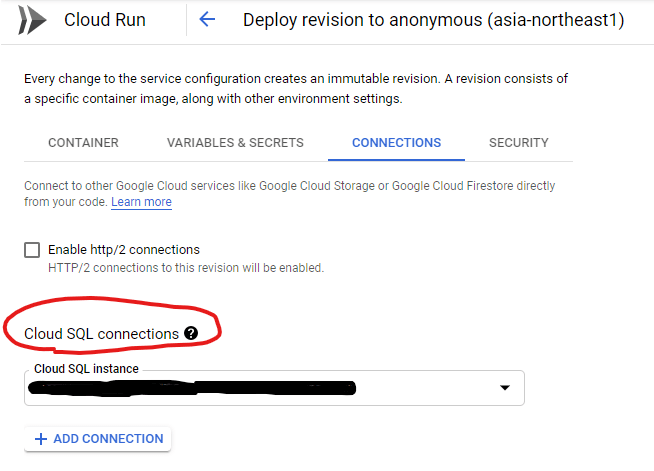 3. Install cloud_sql_proxy in your Docker image

To connect to Cloud SQL from docker, you need to install cloud_sql_proxy in your Docker image.

The command to install is like this Official doc. I recommend to include the command in your Dockerfile as RUN statement.

The following command needs to be executed before to connect to Cloud SQL instance. $CLOUD_SQL_CONNECTION_NAME is your Cloud SQL connection name that you got in Step 2. I use an environment variable to keep the value but you can write down your connection name directly here.

5. Run your image on Cloud Run and access to Cloud SQL

Done 😉. By the settings you've done, you can connect Cloud SQL from Docker container. The things you should care to access from your code is

If you use Node.js to run a server, you can use the following Dockerfile.

Appendix B: Why do we need Cloud SQL proxy.

My first CRUD in Python

Once suspended, ku6ryo will not be able to comment or publish posts until their suspension is removed.

Once unsuspended, ku6ryo will be able to comment and publish posts again.

Once unpublished, all posts by ku6ryo will become hidden and only accessible to themselves.

If ku6ryo is not suspended, they can still re-publish their posts from their dashboard.

Once unpublished, this post will become invisible to the public and only accessible to Ryo Kuroyanagi.

Thanks for keeping DEV Community 👩‍💻👨‍💻 safe. Here is what you can do to flag ku6ryo:

Unflagging ku6ryo will restore default visibility to their posts.