Replies for: My way of learning is taking an insane amount of notes, so I would love to do a series. I've been delaying a lot of writing because I keep telling ...

Oh I know what you mean, I got my own personal site up with Gatsby.js to have something worth showing too. But I also had to scrap my idea of integrating my blog posts for the time being. I was actually looking at the Dev.to API docs and they seem super easy to understand. Although I'm currently working on getting my rails/react app on Heroku and reading into how to get my PostgreSQL DB on there. I know how you feel about the anxiety of needing to circle back. Balancing life is hard enough, and then balancing all the moving parts in multiple leaning demos, projects, and work...well, that's why I started looking into Zen Buddhism 🧘🏽‍♂️. How do you keep your notes organized!? I tried that with OneNote but lost track of things. I've actually started this list approach were I dump all my tasks in one list and pick the top 3 I need to move my career forward in another, also have an ideas and current projects list.

Wunderlist has been an awesome app and this article helped me start this new list path.

I like the minimalist approach to tasks, having to many things to juggle gets chaotic to say the least. Almost like kanban boards.

I discovered an app called InkDrop. It's like 5 bucks a month or something, but I really like the way it organizes notebooks and subnotebooks. Here's what it looks like below. It has a pretty solid Markdown parser and a great plugin system, so one of these days I would love to add support for Emacs ORG mode or asciidoctor markup.

They naturally get out of order, sometimes I will take an hour to consolidate stuff and clean up. Before this I was using Emacs org mode, with I thought was the pariah, but I ended up managing to break my configuration once a week at least or baffled trying to perform a basic task and I realized I was spending more time getting dismissed by Lisp experts and bug reports which were never going to get fixed and I gave up.

I really want something that lets me add code snippets that are executable, like Babel in org mode. Tidleywiki looks cool but I can't figure out how to turn it into something remotely useful. I am playing around with MedleyText right now too.

I got really excited about Notion and thought it would solve all my PIM needs, but I was really disappointed. I'm probably not their target audience, a super power user who wants total control over things. I have told them numerous times that if they want to open source the app I would gladly donate hours to perfect it into my vision, but that isn't going to happen. It does everything you could imagine at like 70% effectiveness. I just got frustrated after a while, especially with the lack of a Linux client for an Electron app.

Mac has some cool options. I'd love to try Bear and Quiver, but my MacBook Pro is from 2012 and it's not going to live forever. I don't want to buy a program for $45, get my data locked in, and then have my Mac die and that be the end of that because I can't afford a new one...I blew all my money on a homelab instead!

As you can see, I have put a lot of thought into this. I've thought about making my own tool, but it's pretty low on the list. Inkdrop is definitely the most elegant solution in my opinion. 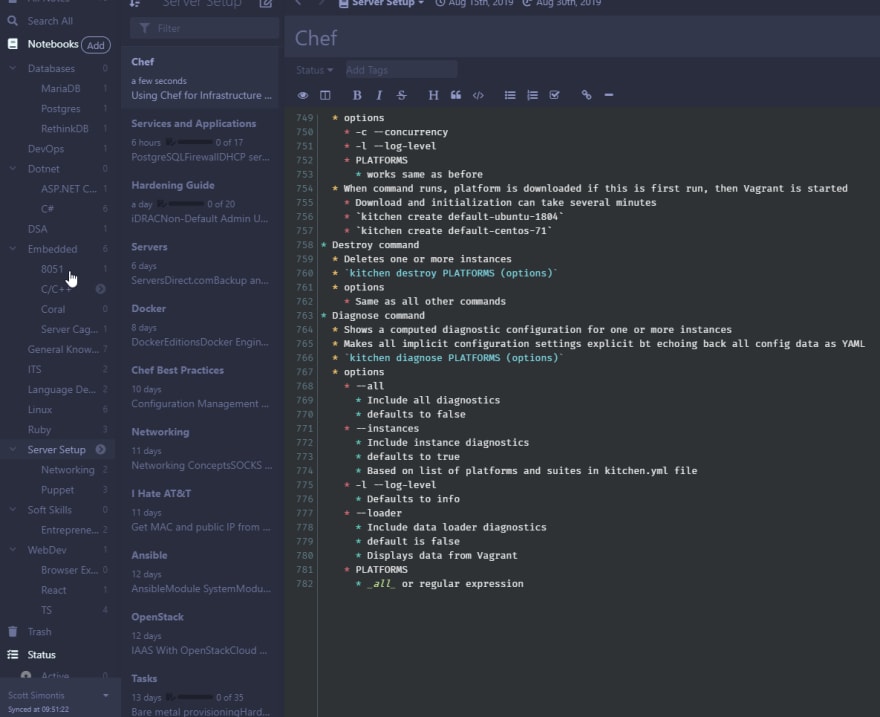