Attempting to get involved with a nonprofit organization MAGIC. They use a lot of Python, so here’s how I went about getting started!

I recently met with a few people from a non profit organization MAGIC, that I’m hoping I will be able to help out in some manner. They do a few major events throughout the year, as well as a cyber club that takes place at the local library. Most of their work is done in Python, so I figured I better familiarize myself a bit more with it.

It’s been a while since I’ve had much of a chance to do any blogging. We had another baby recently, and I’ve been super busy! Between the new baby, old baby, and work, I haven’t had much time or inspiration to do much of anything aside from stay alive.

MAGIC currently has (although from my understanding has not used) a python API for one of their events. I thought it would be a good opportunity to figure out how to build and host a python application using the same framework - flask.

Flask is described as:

With the little bit of code I’ve looked at around Flask, it seems to solve a similar problem that MVC and/or Web API solve from the .net world. I’d like to see what it takes to get a minimal flask application up, running, and hosted on the interwebs!

I’m only going to be using a hello world type application with Flask. In the future I hope to have a chance to further explore flask, and just python in general. From the tutorial on the flask site, I’ll be making a “app.py” with the following:

Flask is not resolving here, and that’s because I have not installed it yet. Working briefly with python before, I recalled using a virtual environment to house my project’s dependencies; hopefully that is still the standard.

Next, I defined a file called “requirements.txt” and added:

Now to install the requirements into the virtual environment:

This will install Flask, pytest, and all of their dependencies into the virtual environment created previously. Now the “flask” import is resolving from the “app.py” that was created.

We don’t really have much to test right now, but why not just throw a few stubs out there so that we have something to run when we get to the travis build coming up.

the function “func(x)” is a “hello world” type test I found when googling about pytest, and the second test “test_hello_world” tests the endpoint defined in app.py returns the expected string.

Next, we’ll run pytest from the command line, and check that our tests are passing: 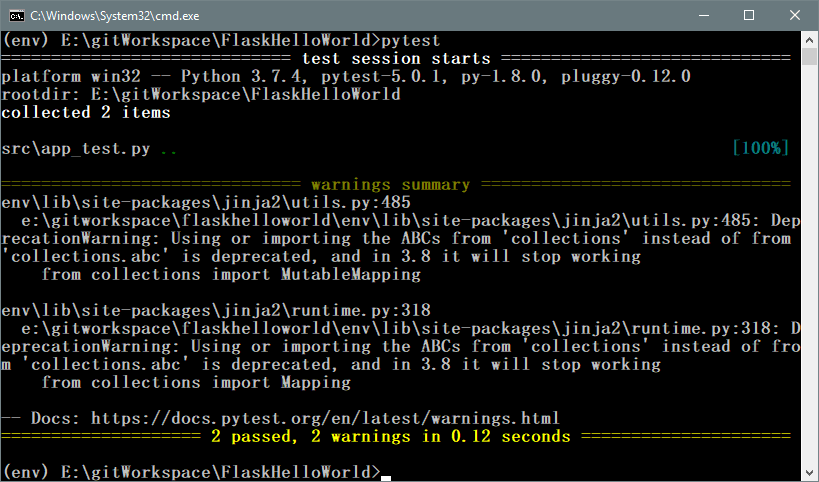 we can run the application with a python app.py: 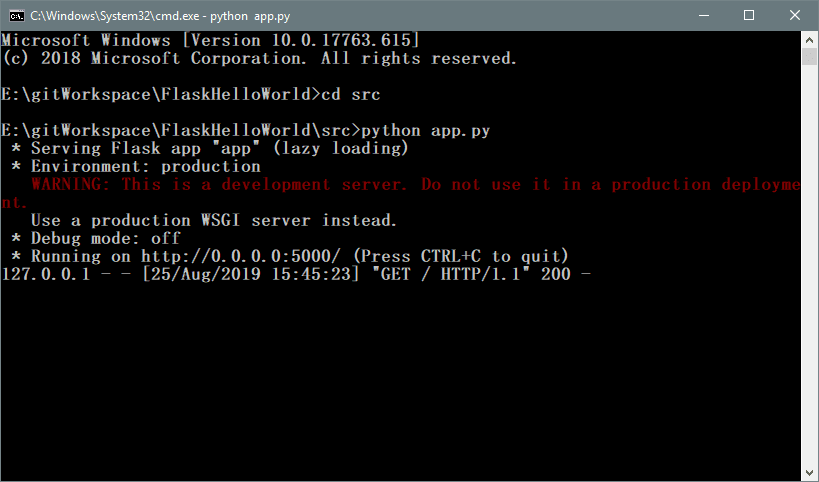 As stated at the beginning of the article, I’d like to have this application hosted on the internet somewhere, I’m going to use Heroku, since they have a free tier of hosting. Prior to getting to the hosting however, I’d like to set up Travis to test my application, even with its extremely limited functionality and tests.

I’ve used Travis previously for .net projects, so it couldn’t be that difficult to get set up for python, python isn’t even compiled! :D

So to get travis to run on our repository, we simply goto https://travis-ci.org, set up an account if we don’t have one, and “enable” the functionality for the repository we want to have tested with travis. In my case I want it to run against all PRs and commits. Next, we’ll need a .travis.yml file with the following content:

The above should be pretty self explanatory, although the “dist: xenial” is apparently required for the most up to date versions of python. We’re installing our requirements (flask and pytest), then running pytest.

Now, on commit and PR, travis will run out build, and test against our tests - this will give much better assurances that the incoming commit/PR didn’t “break” the build. This build currently looks like this: 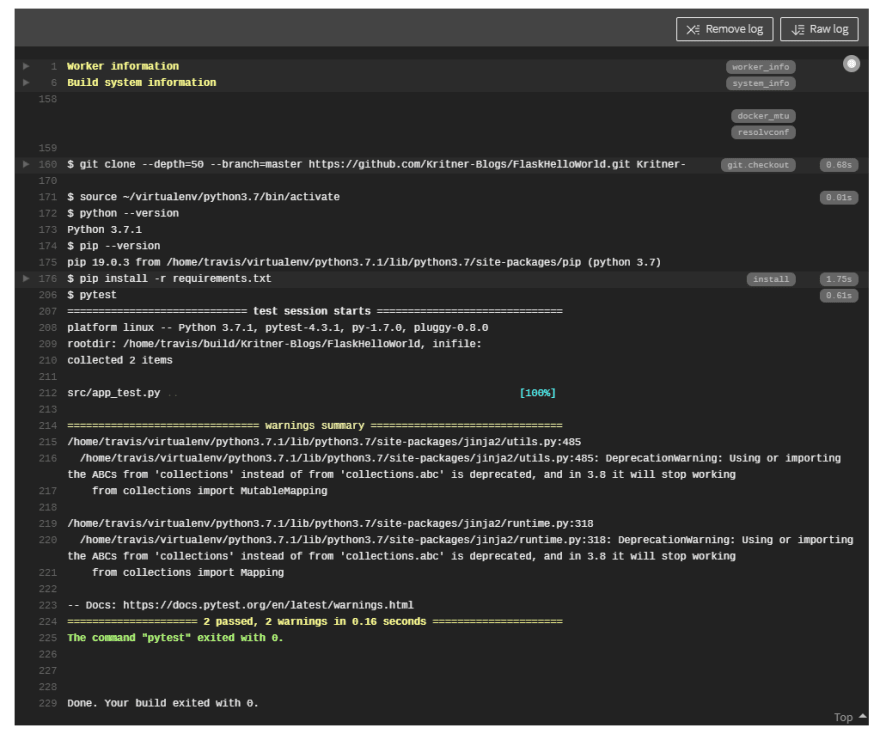 Now that our project is building and being tested, we can set up Heroku to serve our website, and for free! The set up of a heroku account is pretty straight forward, and there’s lots of tutorials. You just need to point heroku to your github repo, then tell it to auto deploy pushes to master (note that travis CI ideally will fail builds to master if tests don’t pass, so we’re getting some level of assurance we’re not pushing “bad code”).

One thing I did not see from the tutorials I was finding, was information on how heroku assigns a random port to your application, and how to go about using that port from your flask app. After weeks (though this was just mostly passive time) of trial and error, I found out it was simply using a Procfile to forward the $PORT$ to my flask app as so:

which will get utilized in the app.py lines:

Where “port” (when defined and passed in by heroku) will be plugged in, otherwise the port 5000 is used. gunicorn was (at least) a recommended way to serve the python app, so that was an additional dependency added to my requirements. txt.

On the next build of the application, it successfully deployed to https://kritnerflaskhelloworld.herokuapp.com/. Note that with the free tier of heroku, apps will “go down” after a bout of inactivity, so the first few seconds after hitting the URL is just the application being brought back up.

I think that’s it! Code for this post can be found at: https://github.com/Kritner-Blogs/FlaskHelloWorld