I like playing and building on the AWS cloud, but also enjoy developing and prototyping on my local lab full mostly of Raspberry Pi + other embedded devices.

From time to time I managed to follow a common pattern. Deploying a load balancer either in AWS or from my public IPv4 address as a way to expose to the world my applications and also communicate back and forth between the cloud and my local network.

I always keep in mind that the internet was designed as a flat data network, delivering a multitude of protocols and services between equal peers [1].

One of the benefits of IPv6 is not having NAT, this simplifies the current client server model inherit from IPv4 and gives back peer to peer communication which is something I appreciated and use in my local network, and now I can also do against the AWS Cloud.

This is my setup:

I started by creating a IPv6 tunnel (since my ISP still doesn't provide IPv6 addresses), I signed up with https://tunnelbroker.net/

And created a tunnel against their closest tunnel server: 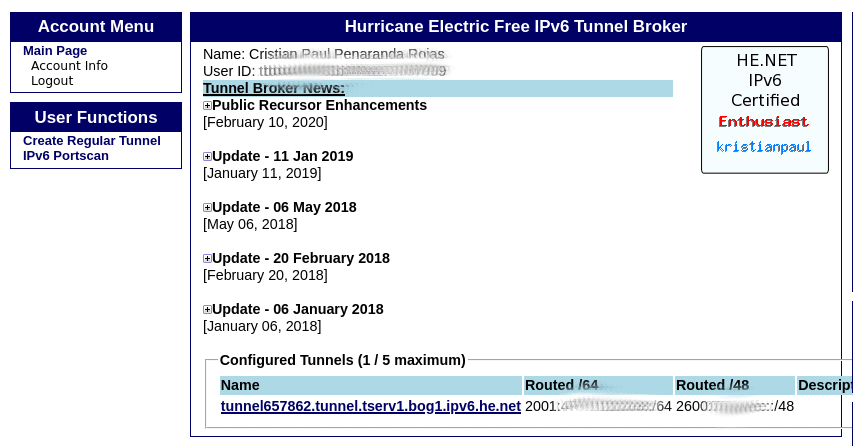 I also assigned a /48 prefix to the tunnel, this is important for the next steps as I'll not just get the tunnel working on a single server but also routing and assigning ipv6 addresses to my Linux devices lab. 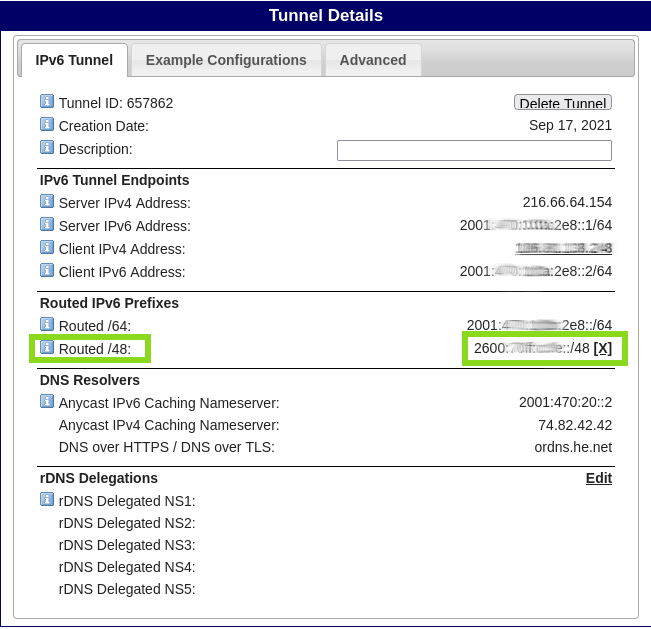 Getting tunnel setup is simple as copying their instructions for my OS. 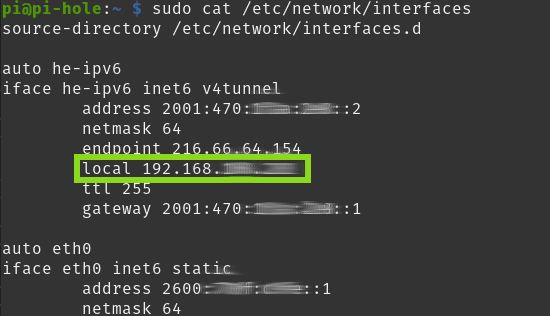 In order to get IPv6 address from my routed prefixes (the /48 one) have to install radvd and configure it as follows: 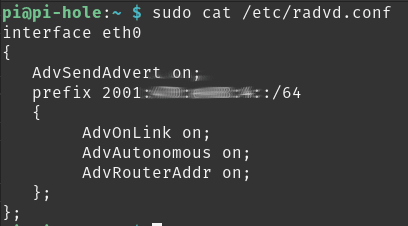 *After that, everything is set up on my network which is now IPv6 ready.*

Now is time to create a network in AWS Cloud, for this I'll use the following Typescript code snippet so that AWS CDK will create a VPC with 3 public subnets. This a really good abstraction and time saver:

IPv6 support in CDK is not ready, so I'll enable IPv6 in my VPC and subnets using the AWS CLI as follows:

Get the VPC ID first

The /56 block is split in smaller /64 prefixes, then we assigned two of them to our subnets.

We'll need to get the subnets IDs first:

Then assign two IPv6 /64 blocks to our previous listed subnets.

Internet gateway is important when modifying the route tables.

And then adding IPv6 default route (::/0) to reach the internet.

Now, if I launch an ec2 instance either from the console or with the following snippet:

Get a session against it, I can validate that it actually got a IPv6 address.

If I run netcat on either side of my network (cloud and local), I can communicate between both servers as if they were in the same network, in some way they are now :D.

Now I can communicate with my AWS really easily, and I'm also on my way to transition to IPv6.

It's important to *modify Security Groups* to allow connections from my /48 IPv6 network segment, or the whole IPv6 internet if you want to just host some web applications there too with AAAA records ;-)

I'm planning to use this setup to play with ECS Anywhere soon.

There are some considerations to keep in mind:

I hope you enjoy reading this.

How to Use Source Maps in TypeScript Lambda Functions (with Benchmarks)