The objective of this blog is

What is it? It is a widespread inspection of software to provide early warning of maintainability and other code quality issues.

"Continuous Inspection is a process designed to make internal code quality an integral part of the software development life cycle. The key concept in Continuous Inspection is finding problems early–when fixing them is still cheap and easy. Under this model, automated code audits are performed daily and made available within an organization." - SonarQube Whitepaper.

There are ten principles of Continuous Inspection defined by SonarQube. Here are my three favourites;

Let's quickly skim through what we call as deadly sins before we see three steps of managing them.

Sonar defines the following seven technical axes, which the Sonar team prefers to call them: "The seven deadly sins of a developer." 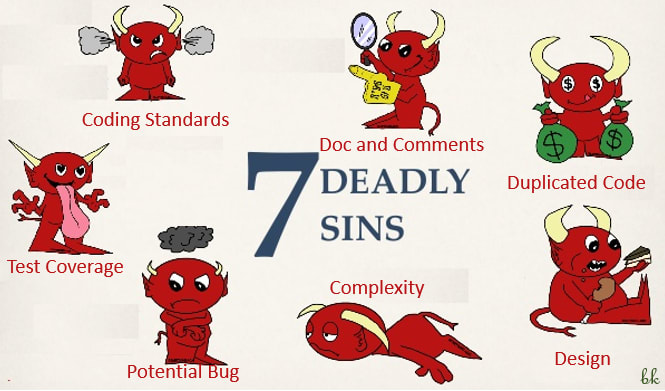 Code-Smells is always my most-liked topic. I did create some mind-map long ago based on few resources on code smells taxonomy; a good shared vocabulary comes very handily while doing code/design review. This picture conveys a lot more than a thousand words – 37264 words to be precise! Check Jeff's blog and Journal of Empirical Software Engineering to get a summary of what each smell means. 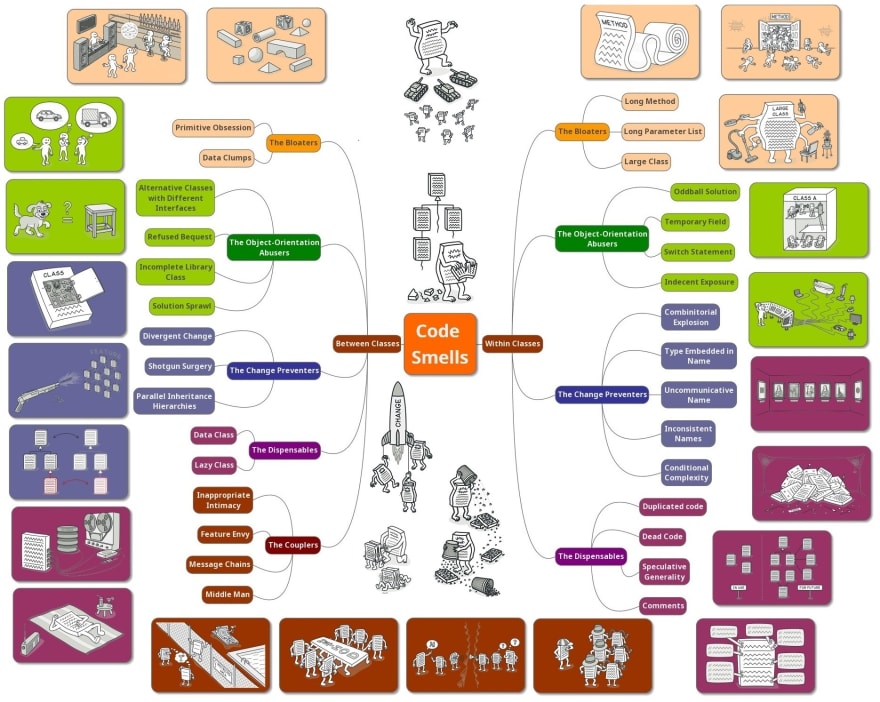 It will be a fun exercise to match the code smell name with its corresponding picture representation. Here is the clue: I used the same colour code for each group, narrowing down the selection.

The newer version of SonarQube started showing bad practice as Code Smells (previously called Violations). It is an excellent strategy to call it smell; The term 'code smell' puts psychological pressure on the code developers. No one wants the results of their work to be "smelly". SonarQube can identify a good amount of Code Smells that are easy to find by the machine. However, the remaining tricky code smells need to code/design reviewers' nose to spot them.

A quick note on the code coverage is in order. Code coverage is how much code of the application on the test is being exercised by giving a test read. That number may not mean a lot in itself, but it can be interesting to watch the trend. If coverage decreases regularly, you should look into why that is happening. To keep the coverage constant, the number of test cases should correlate with the Cyclomatic Complexity (we will see this later). As you add more complexity, you should also add more test cases (although in TDD, you should add the test cases first).

What could be the Next Steps?
We all know that, Step 1 and Step 2 should be religiously followed. So, let's introduce Step 3 -- Code Complexity.

Code Complexity is intended to identify the software modules that will be difficult to test or maintain. In other words, it provides the quantitative measure of the Clean Code. Two famous complexity metrics are widely accepted. Let's compare and contrast.

McCabe's Cyclomatic Complexity is an old and established measurement of the software complexity. It has been the de-facto standard for measuring the complexity of a method's control flow for a long time.

The minimum possible Cyclomatic complexity is one because there's always going to be one path. To measure the complexity of a given block of code, start with one and add one every time you find the keywords such as if, else, case, for, for each, do, while, catch.

Though the Cyclomatic Complexity accurately calculates the minimum number of test cases required to cover a method fully, it is not an adequate measure of understandability. Let's see why, 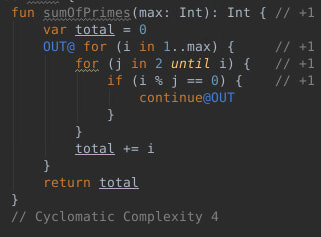 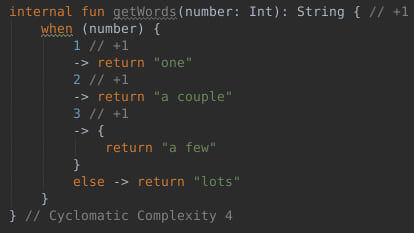 The mathematical model underlying Cyclomatic Complexity gives these two methods equal weight. However, the control flow of the sum of primes is more challenging to understand than that of getWords. The standard Cyclomatic Complexity algorithm penalizes switch/when statements quite heavily. And also, It doesn't include modern language structures like try/catch and lambdas.

Cognitive Complexity breaks from the practice of using mathematical models to assess software maintainability. It starts from the precedents set by Cyclomatic Complexity but uses human judgment to determine how structures should be counted.

Cognitive Complexity Algo:
The score is assessed according to three basic rules:

Additionally, a complexity score is made up of four different types of increments: 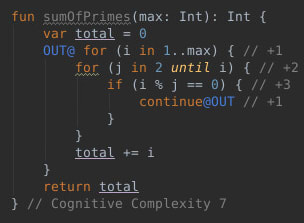 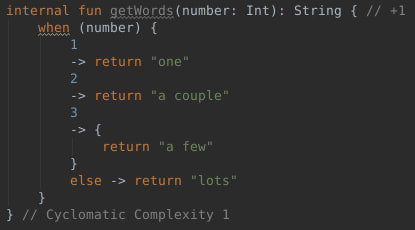 The Cognitive Complexity algorithm gives these two methods markedly different scores that are far more reflective of their relative understandability. More details on how it computes the Cognitive number can be found at SonarQube Documentation.

However, we can compute like the project's complexity = project complexity/project lines of code(LOC)

In this way, we should compare the complexity between two major releases by nullifying the increase in LOC.

These are my best-loved books when it comes to Continuous Inspection. The wisdom from these books are like helpline to get clean and stay sober.

I just want to end the blog with the summary of code-smells and the summary of refactoring technique and how to put them together to get what we want.

How to remember everything you learn in code