This is a sample of how dependencies can be worked in Nest.js.
My Github Profile for code:
Please see the develop branch in my repo.
[Link]https://github.com/krishnakurtakoti/nestTwo 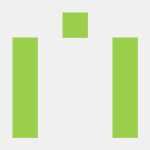 DEPLOY A REACT + NODE APP TO PRODUCTION ON AWS