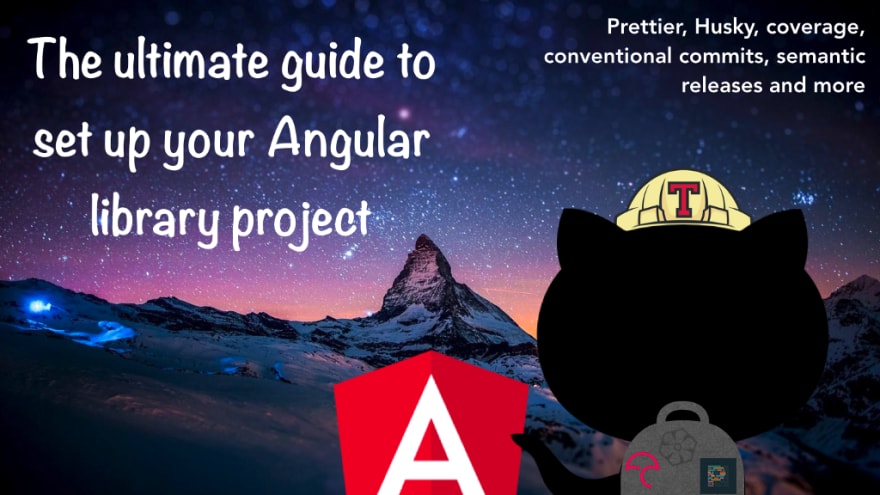 Angular is such an awesome framework, and we all love it 😍 It’s a complete tool kit that helps us build amazing stuff.

And it gets even better. Angular also contains a great community. A community which continually grows and pushes Angular forward.

Therefore, it is not surprising that the framework has a massive ecosystem around it. From useful services to fully featured component libraries, the Angular ecosystem provides it all.

So nothing is impossible. Do you have an idea for a cool angular library? Then go on, participate, implement your library, and share it with the world! 🌎

What you will learn 👨‍🎓

The newest Angular versions already has excellent support for the creation of libraries. However, developing and testing is only one part when creating your Angular library. Another part is shipping the artifact. 🚢

Delivering software requires some steps; we need to run tests, build our artifact, publish it, update the project with the release assets, and document the release.

A software engineers we tent to automate recurring manual steps. So that’s what we are going to do here. Automating the release of an Angular library is not an easy task. Especially not, if you not only want to automate the release but also the handling of the release assets.

This blog post tents to give you an ultimate guide on a fully automated and complete setup for your Angular library. It covers many topics and may, therefore, be best read in multiple goes.

So, without further ado, let’s grep a ☕ and jump right into it!

Build on Flow | Learn FCL - 10. How to Create a New Testnet Account with Blocto Wallet

Once suspended, kreuzerk will not be able to comment or publish posts until their suspension is removed.

Once unsuspended, kreuzerk will be able to comment and publish posts again.

Once unpublished, all posts by kreuzerk will become hidden and only accessible to themselves.

If kreuzerk is not suspended, they can still re-publish their posts from their dashboard.