As a baker by day and programming student by night, I find a lot of connections between my two worlds. Variables remind me of ingredients (type_of_flour = bread flour). Instructions remind me of loops (knead dough 10 times). Knowing when and how to proceed reminds me of conditional statements (if the dough is sticky, add flour, else if the dough is dry, add water, else begin rise).

One of my earliest lessons with baking bread was to measure my ingredients as precisely as possible. When baking a loaf or two at home, an extra tablespoon of flour can easily be compensated for, but when baking 200+ loaves before the Easter rush, you better get it right. There are enough other factors (mixing, proofing, shaping, etc.) that require attention and discretion that I found beginning with a groundedness in my ingredients being measured properly made a huge difference. 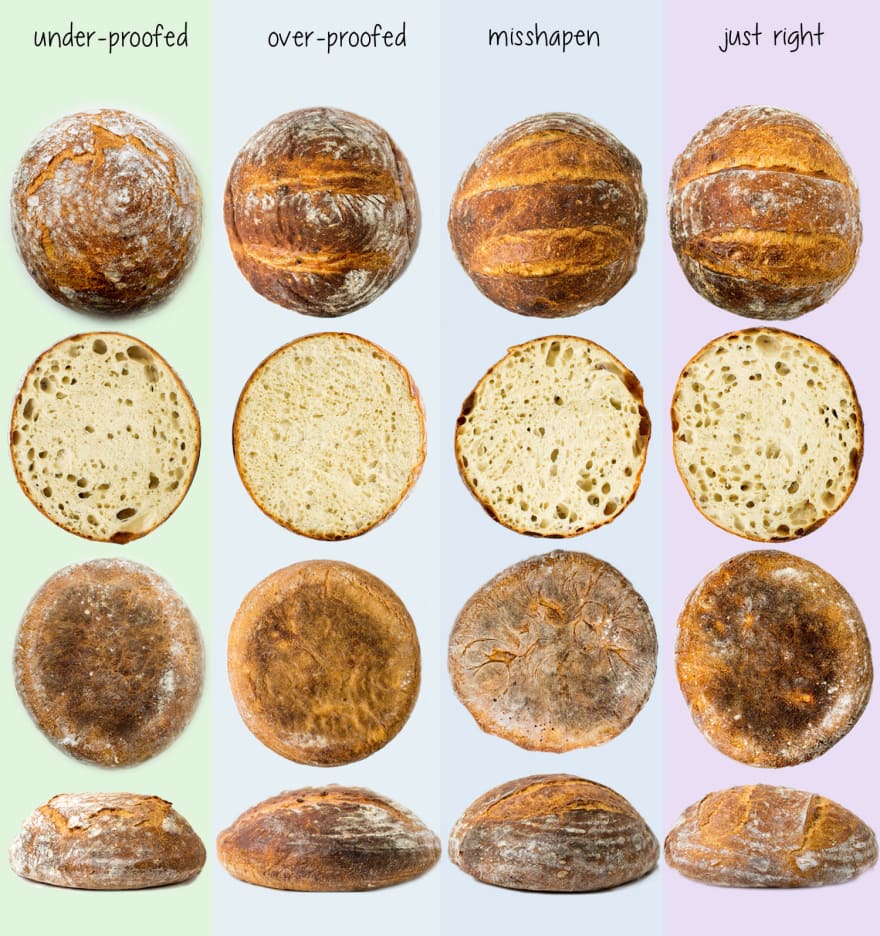 With all these potential issues, why worry about measuring if you don't have to? Photo from Serious Eats by Vicki Wasik.

Unfortunately, the United States is stubborn about their independent units of measurement and still leans more toward cups than the precision and universality of grams. Cups can be tricky – they're imprecise. My one cup may not hold quite the same volume as your one cup. With the potential for flour to pack down into the cup, measuring ingredients on a scale helps eliminate some of the guesswork (and you can just dump everything into a bowl to check the amount). 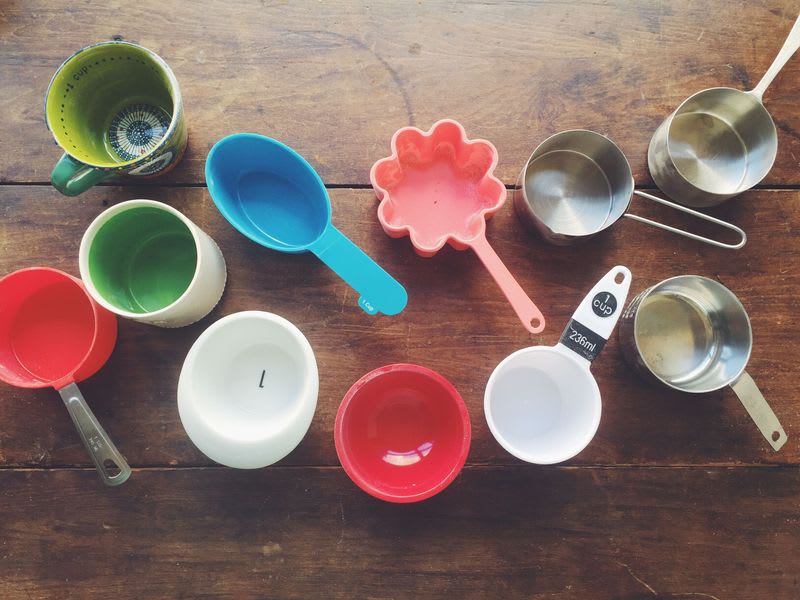 Sarah Jampel of Food52 found that there could be as much as a 37-gram difference in the volume of sugar in a quarter-cup measure based on your set. Photo from Food52.

Unwilling to kick my favorite American recipes to the curb, but believing in an easier way than researching, converting, and writing each ingredient down when I want to use my kitchen scale instead of measuring cups -- why not create a method to do the job for me?!

For this experiment, I decided to use Bobby Flay's Pizza Dough, my go-to for a quick, foolproof dinner.

Originally I tested my method using a list of variables, with each ingredient set equal to its quantity, however, it made it difficult to see the two together after running them through a method. I wanted the two values to stick together as I converted the quantity from cups to grams, so key-value pairs seemed more reasonable.

Next, I worked on my method. Fortunately, the values of the ingredients all shared a similar pattern that I could use to my advantage. They started with a number and were followed by the unit of measurement. I wrote out some pseudocode to map out what I wanted to accomplish:

Then I tested my process with just a single ingredient. I wanted to make sure that the code I'd be using to iterate over the hash did what I wanted it to do before running it over the entire list. According to Convert Units, one teaspoon should be equal to five grams.

Once I got this part of the method working, I moved over to the hash iteration. Hash iteration works like iterating over any other form of data, except it accepts two parameters––the key and the value. For this method, I set the key equal to an ingredient, and the value equal to its quantity.

Now, I needed to account for the different units of measurement commonly found in American recipes -- teaspoons, tablespoons, and cups. I created a series of conditional statements that would operate on the quantity if a given unit word was included in the string:

The format was similar to my test code: split the value and save it in a new variable, check to see which unit of measurement is being used for that ingredient, transform the quantity into an integer and multiply it by the proper adjustment in grams. By setting the #include? method to "cup", it allowed both the writing of "cup" and "cups" to be evaluated for the operation.

Though this solution worked well in some respects, it had a few huge errors:

To fix the bugs:

I couldn't help but feel like there was far too much repetition in this code and remembered that I had learned about a way to re-write conditional statements to perform relatively similar operations on code with different values. In came the case statement!

I didn't remember the format well, so I hopped on Google and found a great article on Skorks that walked me through it. Now, my code performs the same task, but looks a lot cleaner:

So when I call

What makes languages "fast" or "slow"?

7 useful HTML attributes you may not know