I made a bot that suggests some alternative phrasing when you write guys in Slack. It made for some discussion.

Made a “guys bot” for @SlackHQ that subtly whispers that you could use more inclusive language 🏳️‍🌈, instead of the public Slackbot slap on the wrist. @glitch seemed very much like the right host for it. guys-bot-for-slack.glitch.me

I have seen in different Slack communities that people have implemented a Slackbot response that triggers whenever people write ”guys“, suggesting some alternatives that are considered more inclusive. It also links to an article in Vox about npm’s you guys-jar. A similar commentary was also published in The Atlantic that includes comments from a linguist. There's also a handful of threads on forums where people discuss whether the word "guys" is considered gender neutral or not.

Not surprisingly, not everybody was convinced by the bot’s legitimacy. I had a handful of people tell (on behalf of their English speaking part of the world) me that “guys” actually was gender natural (I am aware). Some went further and suggested that this was censoring and undermining the way they talked. It’s tempting to point out how many of them were not… guys. (well, none).

My tweet also gained a lot of likes and retweets, suggesting that some folks appreciated the idea, or at least wanted to be affiliated by what it signals. And this is taking us closer to the matter of hand. Because I'm all but sure that a “Guys bot” is the right approach to the problem we try to solve: How to make welcoming and inclusive communities in tech. I put it out partly as an experiment and to learn more by the reactions to it.

Nobody likes being told they're wrong

I have a lot of training in being wrong. I have spent years at university being told I'm wrong in all sorts of creative ways. Being open to being wrong is an essential part of learning and developing knowledge, especially in science. Still, I very often get defensive and moody when I'm told so. It's a very human response. It's something I have to actively work with.

The reason it’s irritating is that there’s often a moral dimension to it, that doesn’t align with whatever you intended. I bet that most people that greet a group with “Hi, guys!” don’t intend to be exclusive, but the rather opposite. When you’re instantly hit back with a canned response that suggests that this seemingly innocent way of speech may be considered hurtful to some, I have no problem in seeing that some might find that obtuse.

I suspect, though, that people who have a lived experience of not being included in all sorts of ways, in a field still dominated by mostly men, may have a more empathetic response because they get what the bot is trying to solve.

There are good reasons to object to a bot automatically correcting language in a public community. To borrow the analogy from one of my colleagues, one wouldn't like having something that buzzed every time someone said it in the office space. Like in Demolition Man:

Since nor me or the originators of the Slackbot response have spent time tuning the algorithms, it also triggers on a lot of false positives. Which is somewhat counterproductive.

The reason a bot is tempting for community moderatos is that also lessens the chance that you end up in long-winded debates whenever you have to remind people of the Code of Conduct and telling them they’re wrong. Also, you can’t be everywhere at the same time. A bot can.

Why the bot stays (at least for a while)

None of those who have given me critique have been able to convince me to turn off the bot though. That’s mainly because the critique doesn’t come from a place of empathy, but is mostly self-affirming and resisting consideration of what we try to achieve (to be fair, some have also acknowledged what it tries to do, but it usually ends there).

Some are irritated that the bot corrects what they perceive to be a perfectly legitimate way of addressing a group, considered to be inclusive in their lingual context. And thereby telling me that I'm wrong, and perhaps because I'm not a native speaker (not seeing the irony).

For someone that spends most of their they day communicating in a second language (my native being Norwegian), I must admit my sympathy is lacking for someone who feels it though to adjust by one word. It’s also telling that they don’t consider English to be a highly diverse and multi-faceted language. And that we might have to take other considerations in an online multi-cultural community where gender bias is a proven issue than in one’s hometown.

It's not about you guys

I also suspect that some think of this bot as just another example of virtue signaling and political correctness. Recognized as hostile forces to the open and liberal mind by some. Most of those I’ve encountered that have made this their hill to die on aren’t really open to taking in other perspectives or entertain the motivations behind questioning how language can be used to include or exclude people. They do not ask me why I really did this, or what problem I try to solve. So although I find pointing out hypocrisy a lazy argument, it certainly doesn’t help their case.

So if you are a promoter of the open though and the free word, I'll ask you to reconsider the motivation behind efforts like this bot. For example by watching Patricia Aas’ talk Deconstructing Privilege. Or actually listening to the experiences of different underrepresented groups in tech (and elsewhere), and consider how being reminded that you don't really belong might affect your motivation to stay in web development, technology, or whatever you do.

Because you guys, it's not just about you guys. 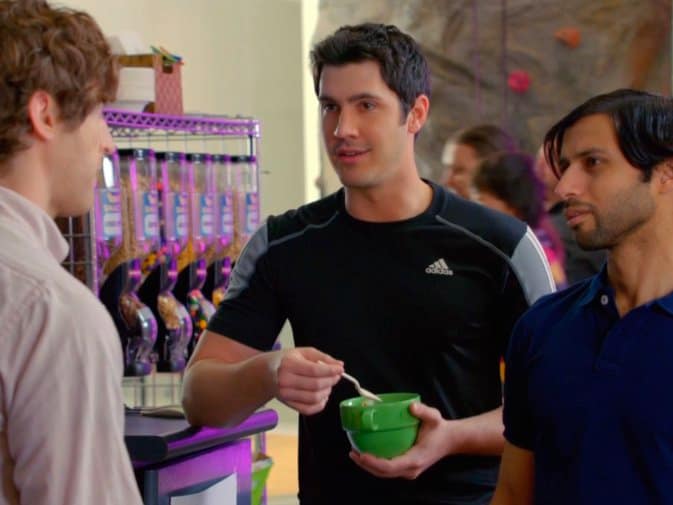 I can’t solve this one, and I think I need the help of the DEV Community. So, a d...

What is your choice of a low-code cloud-based service for fetching and merging data?

What is stopping you from building your IoT projects?

Trending on DEV
Just a Big Tech Girl, Working in a Low Tech Business
#storytime #marketing #technology #career
How to try and build quality code in a startup
#startup #productivity #csharp #testing
Are You interested in a series implementing the same application in Vue, React, Angular, Svelte?
#discuss #javascript #vue #react
A Few Lessons I've Learned As A Developer Advocate (So Far...)
#devrel
What's on your reading list and why?
#watercooler #discuss
What's the worst code you have seen by a senior dev?
#discuss #javascript #learn
3 Things to Improve Your Productivity
#productivity #terminal #timer #autocomplete
MVD: The Minimal Viable Developer
#beginners #discuss