I created some navigation bar using CSS and JavaScript, all are simple beginner level codes. Hope this will help you some day, I did not make the design complicated, you can use your skills on these to create awesome designs.


You can find my Navigation Design Collection in codepen here. If you have time please provide feedbacks, I did not take accessibility features into considerations and these are not optimized for production, just want to experiment with code as I am trying to gain more knowledge in web development. 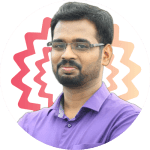 How to create SBOMs for free

Once suspended, kiranrajvjd will not be able to comment or publish posts until their suspension is removed.

Once unsuspended, kiranrajvjd will be able to comment and publish posts again.

Once unpublished, all posts by kiranrajvjd will become hidden and only accessible to themselves.

If kiranrajvjd is not suspended, they can still re-publish their posts from their dashboard.

Once unpublished, this post will become invisible to the public and only accessible to Kiran Raj R.

Thanks for keeping DEV Community 👩‍💻👨‍💻 safe. Here is what you can do to flag kiranrajvjd:

Unflagging kiranrajvjd will restore default visibility to their posts.