It is known today that maritime transport routes are the most used means of transporting goods in the world, especially for long distances, and air transport is undoubtedly the fastest, but if we focus on relatively short distances, we cannot ignore the great role that trucks play in domestic and global trade today, It is very essential, whether for transportation within cities only, or transport between distant regions, as there are no available waterways. And this field appears to be on the verge of dramatic changes as the idea of ​​electric trucks nears realization.

Currently, many international companies (such as Tesla, Nikolai and others) are working on developing the idea of ​​smart electric trucks and making it a reality and widespread, and although it may take many years before these trucks become the norm for road transport, the possible changes due to the addition of such technology will be very large Without a doubt.

In this topic, we will deal with electric trucks with a closer look to get to know what really distinguishes them. We will also discuss an opinion that is repeated frequently in the recent period, which is that electric trucks may spread faster than the current spread of electric cars even.

It is known that the usual trucks run on fossil fuels (diesel in particular) and consume large quantities of it without a doubt. Even by ignoring the environmental impact of continuing to burn fossil fuels, the financial aspect alone is sufficient to convince many to accept the change in the field, as electric truck batteries run much longer distances throughout their life if we compare the cost with the distance traveled by a conventional truck with fuel at the same price.

Almost all over the world, electric power usually costs less money to buy compared to buying fuel and burning it in engines, as power plants have greater efficiency and less energy loss when converting, and as a result, electric trucks cost much less than their fuel counterparts and are expected to be Able to compensate for its purchase by saving fuel only over several years.

Today, trucks run completely manually, with drivers controlling them completely and the need for a driver for each of the trucks that actually drive. Although truck drivers' wages are not exceptionally high, it is one of the largest transportation costs today, and in many countries (especially Europe and North America) it is customary for the driver's wages to cost more money than fuel and periodic repairs to the truck, so the idea is to reduce the need for drivers It is very attractive for transport companies that want to reduce their expenses and as a result increase their profits.

Currently, autonomous driving technologies are still not completely sufficient to operate vehicles without the need for drivers in the first place, but things are developing rapidly and it is possible that we will see semi-autonomous trucks soon perhaps, as these trucks will continue to need drivers as well, but the work requirements and drivers' stress will be less doubtful. Large, which will mean faster delivery of goods and significantly lower labor costs as well.

In addition to saving for each truck separately, it is possible for the use of smart electric trucks to save the total number of drivers by running self-driving trucks in the form of convoys consisting of several trucks in a row instead of running them separately, and in this way it is possible in principle to be satisfied with one driver It controls the first truck within the convoy, while the following trucks are fully automatic and can be controlled by the driver in an emergency. 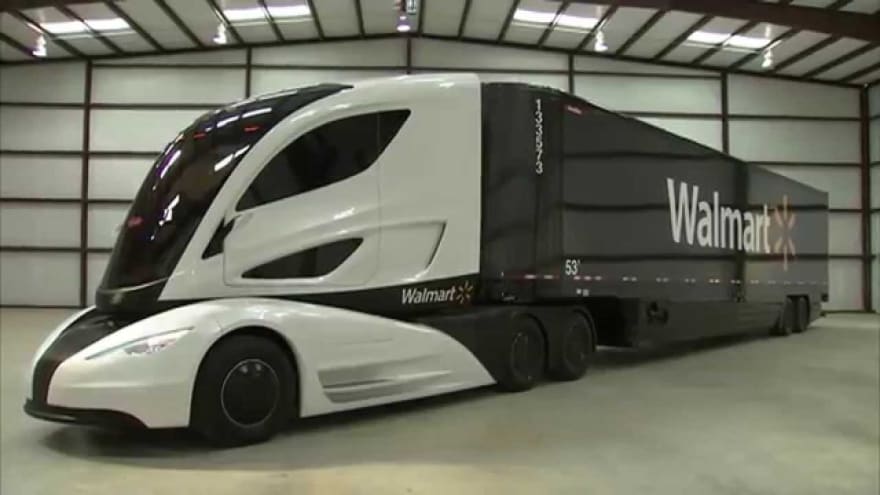 As anyone who uses a car or bus to travel on long roads knows, trucks are by far the greatest danger. Since their enormous size and weight make stopping and controlling them very difficult and not easy to do, and the tendency of many truck drivers to violate traffic rules on remote roads increases the risk that is already present.

By relying on autonomous driving, it is possible to reduce the possibility of collision and rollover accidents very significantly, and it will also be safe to walk on roads that include trucks as they are bound by traffic laws and usually specific lanes. In addition to reducing the possibility of accidents, self-driving trucks will be more streamlined in their tracks within cities, which will mean fewer traffic jams and a smoother overall traffic flow.

Finally, the noise cannot be ignored, as electric motors are exceptionally quiet compared to engines that run on conventional fuels, which means that they are much better for some uses such as walking through cities more safely and with minimal noise and disturbance to residents and pedestrians alike.

Why might electric trucks spread faster than electric cars? 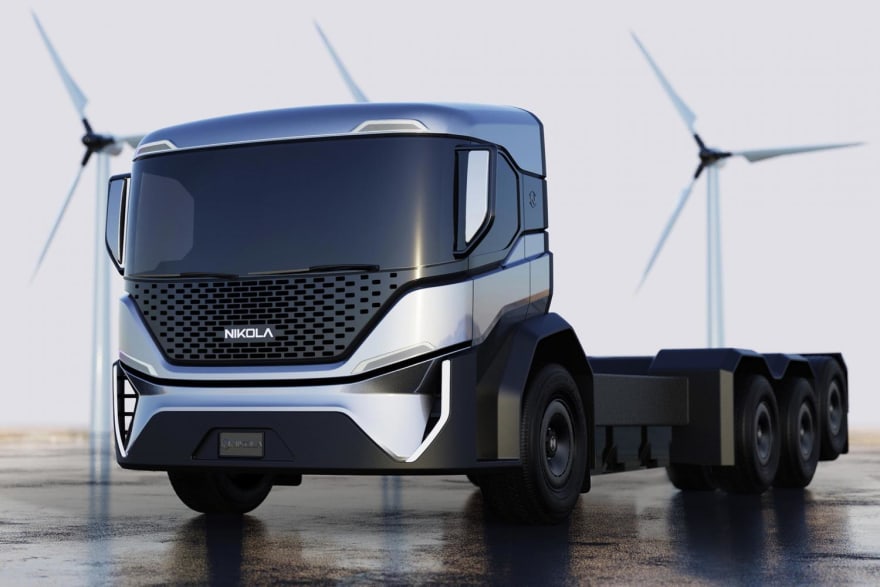 While the decision to buy electric cars depends primarily on the orientation of individuals to them, electric trucks are a very different matter, since trucks are usually owned by major transport companies. While individual decisions are based primarily on personal emotions and preferences, corporate decisions tend to be based on profitability above anything else, especially in the long run.

In short, convincing individuals to buy an electric car instead of the traditional one is by saying that it will save money in the long run and will be cheaper after 10 years of use, for example, but for companies these margins and timelines are completely acceptable things and a major advantage even, as many companies' investments are designed to give their results. In the long term and not really quickly, which will make the idea of ​​the spread of electric trucks more convincing in stages than electric cars that achieve tremendous successes today, regardless of the obstacles in front of them.

Of course, there will be a lot of pending issues in terms of the success of electric trucks today, as it is still a future technology that has not yet been issued, but we will need to wait for it to be clearly revealed with clear specifications in terms of range, cost and the amount of savings that it will provide to its owners. Although the success of electric trucks appears to be the most likely option today, nothing is really guaranteed here and everything may change with the emergence of technologies or correspondingly new challenges in the future.

Typing effect in React with typed.js and hooks

Kevin M. Mansour
Talk is Cheap. Show me the Code.
If the world was created by a programmer.
#dev
An Awesome Stack Overflow MeMe about Javascript Developers on Stack Overflow.
#jokes
Try NodeJS Server On Your Android Phone or Android Tablet.
#javascript #node #android
Forem Open with the Forem app